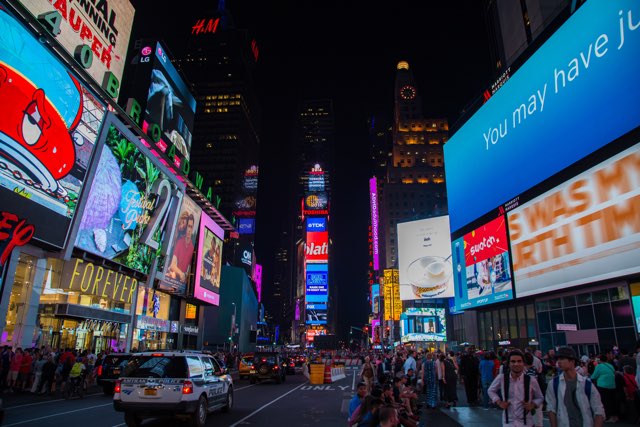 So called “free” trade deals between governments are immoral—because they destroy companies’ freedom to trade freely with whomever they see fit. As Lawrence Solomon explains in an excellent Financial Post column, such trade deals do not promote free trade but “fixed trade.” They are just another way governments intervene in the markets and curtail our freedom, and therefore our ability to flourish and prosper.

Truly free trade can only take place in free markets, not in the prevailing mixed economies where governments pick favored trading partners:  nations whose companies get a preferred status, whether they are they are the most competitive or not (in terms of price and quality of their products).

Truly free trade can only take place in free markets, not in the prevailing mixed economies where governments pick favored trading partners

Such fixed trade is immoral by the standard of human flourishing. As Solomon shows in his column, any government intervention distorts the markets and has a widespread impact on our well-being and prosperity. For example, the North American Free Trade Agreement (NAFTA) between the United States, Canada and Mexico led to millions of manufacturing jobs moving from the U.S. to Mexico, largely being responsible for the decline of many American blue-collar communities and the creation of the American Rust Belt. The Mexicans did, however, benefit from the influx of investment and jobs, as did all American consumers who were able buy cheaper goods.

However, any government cost-benefit calculations showing a “net benefit” to their country from the fixed trade deals use a wrong standard of value: a vague collective benefit or “the greater good”—which violates the individual rights, particularly the right to liberty of some (of companies to trade freely) and therefore, has destructive consequences for many.

As Solomon also points out, it is not just low labor costs that attract investment away from the United States and other high labor cost countries. Other free market-destroying government measures besides trade deals, such as corporate tax rates and regulations also affect companies’ decisions about locating their operations.

The 35 per cent U.S. corporate tax rate has chased investment away. (The same effect has been significant in my home province Alberta, where the current socialist government increased the corporate tax rate by 20 per cent as one of its first economic moves—adding insult to the injurious effect of the collapsed oil prices). At the same time, the economies of low corporate tax rate jurisdiction, including the two countries with 0 per cent corporate tax rate, Estonia and Georgia, are growing and prospering.

Citing the National Association of Manufactures, Solomon indicates that U.S. manufacturers pay nearly $20,000 per employee every year to comply with federal regulations alone. That is a significant cost that does nothing to increase human flourishing and significantly dilutes prosperity. Government regulations, even those for health and safety, do not promote well-being. The only way the government can promote health and safety of employees and consumers, or anyone else affected by a business, is to protect individual rights through objective laws.

Depending on government regulation—instead of on their protection of individual rights—merely lulls companies into a false sense of security. Bureaucrats cannot have the understanding of what protecting employee safety, say, requires in any given business. Nor do they have the accountability; only businesses do—particularly when they know that the government will protect the individual rights of everyone.

If trade was truly free, with no government fixed trade deals and other market-distorting interventions such as corporate taxation and regulations, companies would seek to trade with each other wherever they can find the best returns on their investment. Certainly jobs would move where the costs are lowest, but not in the devastating government-planned massive shifts due to fixed trade deals and reinforced with high corporate tax rates and heavy regulations.

If we want human flourishing and prosperity, we should oppose government trade deals and other interventions and advocate free markets and trade.

Whatever the outcome may be the future seems ominous. By whatever standard we measure it - the number of laws, the rate at which new ones are enacted, the multiplication of bureaus and agencies, the number of officeholders, pensioners, and relief recipients the taxpayer is forced to support, the total or relative tax load, the total per capita expenditures - there has been an accelerative growth in the size, arbitrary power, and incursion of government, and in the new prohibitions, compulsions, and costs it keeps imposing on us all.Henry Hazlitt … (next quote)
%d bloggers like this: