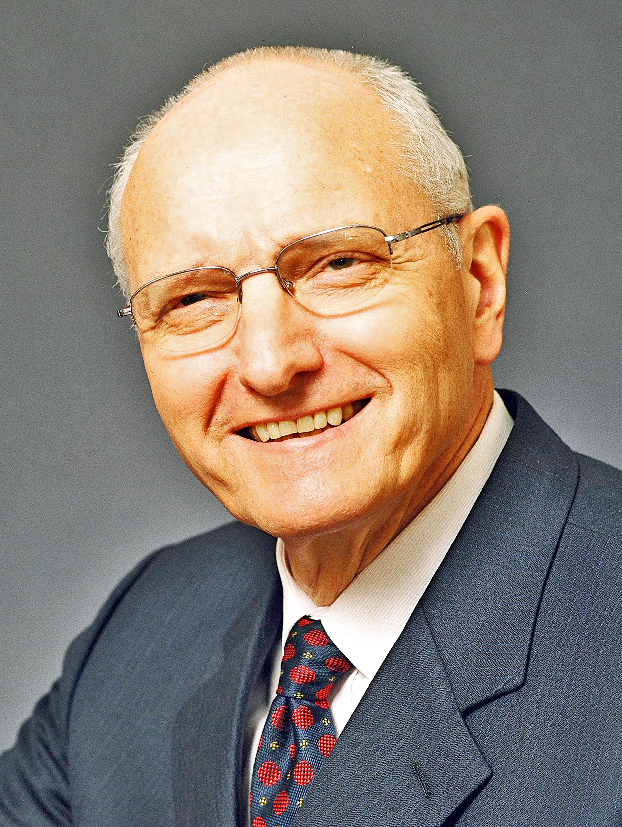 For years I have listened to people casually toss around terms, such as “right,” “left,” “conservative,” and “liberal” as a means to describe the alternatives on the political spectrum. There is much confusion and misunderstanding about what these terms mean—they obviously have different meanings for different people. I have dialoged with many so-called free-enterprise conservatives who advocate that government should properly force people to behave according to a particular set of mores, i.e. fundamental moral views of their particular group. In many cases, the contradictions are stark; they advocate freedom for some and slavery for others.

This article is intended to clarify the misunderstandings, as well as describe the implications and consequences of the two essential alternatives—force or freedom. In order for this to be a rational discussion it is important that certain terms be defined, as follows.

What is a Right?

For many, rights are considered God-given moral laws inherent in man’s nature at birth that define what we should be free to do … laws that cannot be granted or repealed by government. This theory of rights seems to be a form of supernatural permission.

Others believe rights are granted by the political community. According to this theory of rights, if the government says you have a right to take action or to be provided with a product or a service (i.e. health care, education, retirement income, etc.) then you have that right; if it doesn’t, you don’t. This theory of rights seems to be a form of government permission.

Proper moral rights specify that people should be free to live (the right to life), to act on their own judgment (liberty), to keep, use and dispose of the products of their own efforts (property rights) and to pursue the goals of their own choosing (the pursuit of happiness). According to this theory, rights specify what a person is morally free to do and what he is morally forbidden to do, without interference by government.

A right is not an entitlement to property (goods or services) provided by others. If a person had a “right” to the property of others (i.e. health care, education, retirement income, etc.), it would require that government force some to produce to satisfy the alleged entitlement. We call this slavery. If you don’t have a moral right to rob from your neighbour, then you don’t have the moral right to appoint a government representative to rob from him on your behalf. By violating the rights of others, one relinquishes some or all of their own rights, and the judicial system should deal with them accordingly.
Respecting the rights of others is essential in order to live free in a civil society; it is a basic requirement of life; it is a fundamental nature of reality. The obligation to respect the rights of others is essential in order to have our own rights recognized and protected. Click here for a more detailed discussion of the nature of rights.

Life is a continuous series of choices and everyone must make them. The ability to think, to evaluate, and to choose is the supreme characteristic that makes us human. Every choice leads inexorably to right or wrong, good or bad, success or failure—according to how one defines those terms. Every choice is a building block of the structure of one’s life, and every one counts, whether large or small.

We are born with the free will to either create destructive social environments through ignorance and maliciousness, or, through enlightened self-interest, to create a free and civilized society in which we can achieve our values and flourish. Freedom requires that we are free to choose, and the most fundamental freedom of all is “to be, or not to be.”

The Use of Force:

For us to live as human beings we must be free and able to act on our own judgment. When force comes between your desire to act and your ability to act, you can no longer act on your own judgment and do what your life may require. This can only happen if other people (individuals or government) use force against us—either direct or indirect physical force.

An obvious example of direct physical force is when you are robbed at gun point and your money or property is stolen. Even if you are not physically harmed, the loss of your property partially prevents you from acting on your own judgment to use that property as you intended. Your life has been partially retarded. Direct physical force can come in degrees of severity, and to whatever degree it is used, you are prevented from acting according to your own judgment.

You can also be the victim of indirect physical force; for example, when you lose your property or your reputation by means of fraud, extortion, slander, bullying, breach of contract, and patent infringement. Both direct and indirect force partially prevents you from using your basic means of survival—the judgment of your mind. Of course, the most prevalent use of force comes from government, rather than private individuals.

And keep in mind that survival requires that, as we use the judgment of our mind, we must not infringe upon the rights of others to use the judgment of their mind. This is in our own self-interest to have our own rights respected. It is a necessary requirement of a civil society.

What is the Proper Purpose of Government?

The proper purpose of government in a free society is to protect each individual’s inalienable right to life, liberty and the pursuit of happiness. This is a vital role of government. Good government does this by banning the use of indirect and direct use of force from social relationships and by using force only in retaliation against those who initiate its use.

If an individual respects the rights of others and refrains from using force against them, the government leaves him alone to act on his own judgment, and to keep and use the products of his own efforts as he chooses. If an individual initiates indirect or direct force against another, a good government correctly uses the police and the courts to stop him and to administer justice.

The same principle applies to international relations. If a foreign country refrains from using force against another country’s citizens, then that government leaves them alone. However, when a foreign country attacks or threatens to attack, a good government correctly and morally uses the military to eliminate the threat. It’s tragic that despite many attacks and threats, the U.S. government has not won or finished a war since 1945, and consequently, has not eliminated any of these threats.

Socialism, communism, Islamism (and other forms of theocracy), and anarchism (rule by gangs) are clearly social systems and ideologies of force, and the term “far left” is widely used to denote these systems because they reside close to the far left end of the spectrum.

Others, such as progressivism, conservatism, democracy (rule by the majority) reside in the middle area. They want government to protect some rights while violating others. For example, they expect government to force people to fund other peoples’ health care, education and retirement income.

Contrary to popular perception, main-stream conservatives are generally not supportive of individual rights and personal liberty; rather they advocate religious values, often called “traditional values” or “family values,” and they support a political system that enforces these values. They advocate some economic liberties while simultaneously demanding that government violate individual freedoms in order to have a welfare state (e.g. Social Security and “free” government-run education) and control so-called “greedy” business people. Thus, conservatism is generally contradictory to a rights-protecting political system.

Interestingly, fascism is often incorrectly placed on the far right end of the spectrum even though it is essentially the same as communism and socialism. The only difference is that fascism allows some property to be held privately, whereas communism and socialism calls for all property to be state owned. However, fascism dictates how the private property may be used, so the net effect is that the property is not, in fact, private. For example, you may own the factory, but you cannot control what you produce, who you hire, what you pay, etcetera. Fascism properly rests on the far left end of the political spectrum.

Capitalism is the political ideology and system that respects and protects individual rights. It bans all physical force from social relationships; it protects your right to use and dispose of your property as you decide; it enable each individual to act on their own judgment to sustain and further their life and happiness. It is the social system on the right end of the political spectrum—the system of individual rights.

And even more importantly, it is morally right because it recognizes that each individual is important and an end unto himself, not a means to the ends of others. Thus, it is a pro-life system, which makes it moral.

Note that with capitalism there are no degrees of rights; there is not a list of some rights that are protected and some that are not. No individuals are sacrificed for the benefit of others. The Marxist idea of “From each according to his ability, to each according to his need” is categorically rejected because Marxism requires government to force (enslave) some to produce so that others can consume. With capitalism, the rights of some individuals are not violated for the benefit of the alleged “rights” of others.

Under capitalism, when it is not diluted and mixed with degrees of socialism, progressivism and Marxism, you are fully free to voluntarily deal with others as they see fit for mutual benefit. If one party does not see benefit, they simply walk away. This applies to business relationships, personal relationships, recreational activities, health and educational services and etcetera. Unfortunately, true capitalism is an unknown ideal since for the last two millennia it has progressively been mixed with various forms of rights-violating political systems.

The choices are simple—not easy, but simple—either force or freedom. I choose freedom.

Mr. Marwood has over 40 years of international business experience, including 30 years working with the Caterpillar organization in the USA, Europe, Africa, the Middle East and Asia. Born and raised in Canada, he obtained a MSc. Degree (engineering) from the University of Guelph and later, an MBA degree from the University of Chicago.

During the past 15 years, he has successfully led several turnaround and restructuring assignments for a variety of Canadian businesses in the high-value capital equipment industry. Mr. Marwood is certified as a Six-Sigma Deployment Champion and has used the methodology to improve sales and profit growth.

He has long-standing ties with the private and public sectors and has served several organizations in a variety of capacities throughout his international career. Mr. Marwood is currently is serving the community as a member of the Board of Directors of WEtech Alliance Network, Downtown Windsor Business Accelerator, and Windsor-Essex Community Health Centre, as well as the LBA. He is also a coach and mentor for the University of Windsor’s Centre for Enterprise and Law and the New Canadians Centre of Excellence Inc.

Mr. Marwood recently published Professional Nomad, a memoir that recounts his on-the-job successes, failures, and frustrations intertwined with recollections of personal adventures, alongside reflections on ethics, morality, spirituality, and the epidemic of mysticism that destroys the lives of so many. Professional Nomad is not only a reference for those aspiring to a successful career in international business; it is a blueprint for a flourishing life—personal as well as professional—one lived with passion, determination, and ultimate satisfaction.