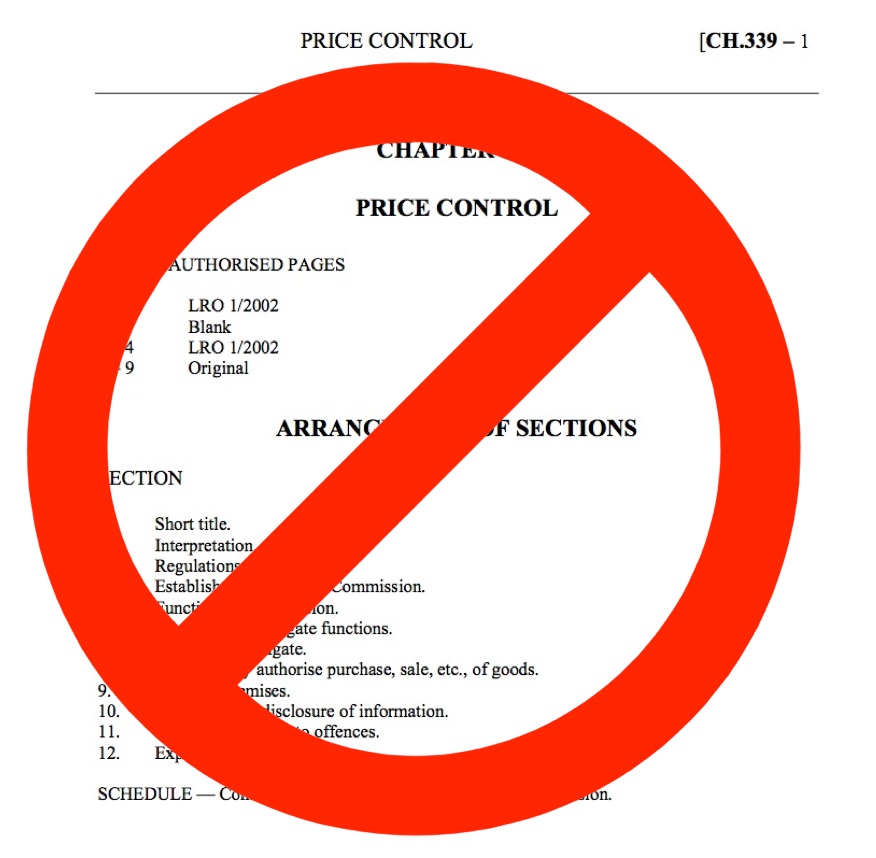 The Bahamas implemented price controls in 1971. From food items to over-the-counter drugs, automobiles, parts and accessories, gasoline and diesel, prices or margins are set by the Government.

Billed as protecting the consumer, the history of the world is replete with examples of the unintended consequences – shortages, work arounds or blatant disregard – of this policy, yet The Bahamas presses on with this disproved theory.

"Digging a little deeper, it appears price controls are not enforced across the board on items that supposedly fall under the apparently ever increasing list. For example, an "informal" study was conducted by the Nassau Institute back in 2005 when this issue raised its ugly head once more and it showed "that the larger food store chains offer all price controlled items, except dairy products, at prices considerably lower than the maximum retail prices permitted. In smaller "Mom and Pop" or neighbourhood stores the results are the opposite."

"This result is obviously not what the social planner’s intended when they implemented price controls. However, it is a true reflection of the market at work. "Mom and Pop" stores serve a different market than the food store chains so they can demand higher prices, despite the legislation. These neighbourhood stores are physically closer to their clientele, purchase and sell in smaller quantities… often on credit, which require higher margins because of the economies of scale."

Government promotes price controls as protection for the consumer but misunderstands how the market works and serves the participants. So on the one hand, a bad policy is introduced and exceptions are made that negate the policy because of its unintended consequences.

Other than the politically expedient motive for price control, most policy makers ignore the fact that trade in goods and services does not take place unless it is mutually beneficial. In addition, in an open market individuals have other options like direct imports for example.

The central question remains; why leave a policy in place that is wilfully ignored in certain quarters and damages other sectors of the market? Public policy should be based on doing no harm, not picking winners and losers by giving a pass to some and enforcing the law on others.

Price controls create distortions that harm the consumer in the long run, so should be removed once and for all.