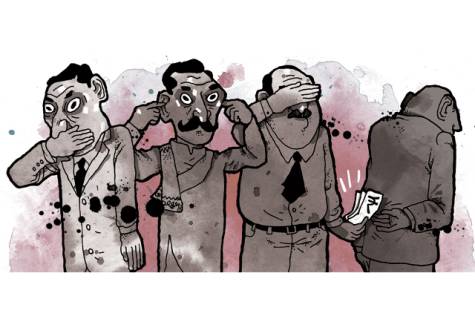 Neither race nor culture determines whether a nation becomes corrupt. Speakers from Latin America, Africa, Europe and The U.S.A. examined the causes and evidence of corruption in their countries. The recurring observation was that corruption was not a preserve of any ethnic group or nationality.

Rather, it is the proliferation of laws, regulations and requirements that make compliance more costly than the alternative of bribing the government official employed to enforce such rules. And the burden of complying or avoiding compliance falls most heavily on those least able to afford it: the poor, the self-employed and the average salaried worker.

In Italy a proliferation of regulations has resulted in contradictory rules being applicable to the same fact scenario: compliance, in fact, could mean finding a friendly bureaucrat disposed to apply the regulation that produces a favourable result.

But the problem is not just Italy’s. An American speaker noted that in the USA, the laws and regulations of the Internal Revenue Service comprise over 33,000 pages and that the average tax return to the IRS is never more than 50% correct. One must question the legitimacy of a compendium of laws with which the average citizen plainly cannot comply. Nonetheless the default makes him liable to criminal prosecution.

In addition to the legislated hurdles, the consumer is also compelled in many instances to discover and comply with less transparent ones: internal bureaucratic practices or government policy not in fact legislated.

It is clear that the basic conditions for corruption, or non-compliance are:

The conditions listed here prevail in most western democracies, to a greater or lesser extent. The Latin American countries are simply the most notorious examples of corruption as the norm. The “coima”, “mordida” or bribe is the currency that expedites or just makes it possible for businesses to function and daily life proceed.

Such conditions bring the Rule of Law into question, and contribute to the erosion of respect for the law. This erosion is a social cost paid by all to the detriment of the quality of life.

In immediate terms, the cost of excess or inept regulation goes beyond the overhead of office space and salaries for government officials.

The license applicant first pays the cost, in time and money spent in complying with, or bribing officials to avoid the requirements, or paying penalties for non-compliance. This increases his/her cost of doing business. Companies and the self-employed will pass on these costs to the consumer, increasing the cost of goods and services.

It is a cost paid by the salaried worker, in opportunity lost or postponed, because the status quo makes his change of status from employed to self-employed more difficult.

It is a cost paid by the poor who cannot afford either the compliance costs or the bribes, and confirms their marginalized status in society.

At the same time, the governments need to enforce compliance increases to support the bureaucracy now in place. If the department does not produce the required revenue, the government will be tempted to increase the fees or the penalties payable, or implement a new revenue-producing program. Thus begins a new cycle of the same problem.

Now liberalism is by no means unaware of the fact that men sometimes act unreasonably. If men always acted reasonably, it would be superfluous to exhort them to be guided by reason. Liberalism does not say that men always act intelligently, but rather that they ought, in their own rightly understood interest, always to act intelligently. And the essence of liberalism is just this, that it wants to have conceded to reason in the sphere of social policy the acceptance that is conceded to it without dispute in all other spheres of human action.Ludwig von Mises … (next quote)
%d bloggers like this: