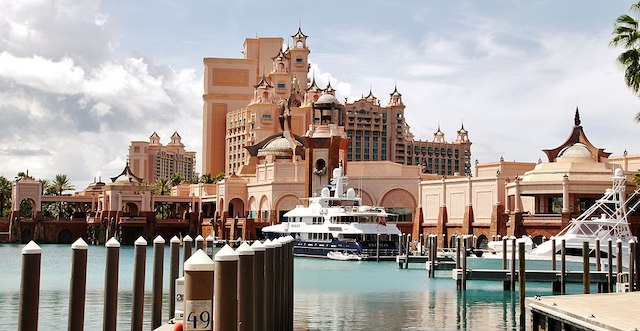 Atlantis came about as a result of a tremendous investment. An investment none of us lined up to make. By choosing our shores Sun has helped us see unprecedented growth over the past twelve months. This seems to have also instilled confidence in many other investors who now make the Bahamas their home or place of business.

If I can’t Have It, Neither Can You!

The economic hardships we faced before Sun et al are recorded in the Ministry of Finance for all to see. Somehow we have forgotten these, and are about to enter the into what I call the politics of passion. Our leaders are encouraging us to “walk all over Sun-s properties.” If the fee being levied is illegal as being proposed why not seek redress from the courts. Instead we seek to make change by potentially damaging one of our major industries.

The official opposition would have us believe that this is simply a matter of the big white bogey man keeping us out again. But I have been denied access too. …There goes that red herring I guess.

Some friends and I recently went over by boat to tour the marina. To our surprise there were two security guards at the entrance. As we approached, they immediately beckoned us to come over. Very politely I might add. I indicated that we just wanted to go to the office to collect a brochure. Smiling the guard indicated that the rate was $3 per foot, per day. (He obviously smiled because he knew from the size of the boat, we would not be staying there.)

Pushing our luck we asked if we could drive to the wall to look in. Access was of course denied again. Since he was on foot and we were on the water we promised we would just go to the wall, look in and come right back out. As we approached the wall and began our turn to head out we were confronted by a Royal Bahamas Defence Force boat on their way out as well. I think they were in satisfying their curiosity too!

In any event we had a brief peek at the incredible vessels docked at the marina. We came to the conclusion that if we were fortunate enough to have a boat like those docked at the Marina, we would not want to be bothered by the continual roar of speed boats on a ten cent tour of our temporary home either.

In addition, if I were on holiday and paying over $400 a night in some other country, I would expect some exclusivity too!

A tactical error may have been made by Sun International by immediately denying Bahamians and non-guests the privilege to tour their magnificent development. Although I think they should have every right to deny access if they wish. But, Sun could have offered free access for three months. After the initial period anyone who is not a guest of the hotel would have to pay. This would have quelled our natural curiosity.

Does Disney World allow all the people residing in Orlando free access to their properties? Does the Atlanta Zoo allow all residents free access? …Exactly!!!

Issues A Dime A Dozen.

It would appear the PLP are desperately seeking an issue. As in the past they choose to beat the discrimination drum. With our National Debt spiralling, at a rate I think is out of control, and the problems with our educational system one would think the party that cares for us as a people would want to ensure we can fend for ourselves in the years ahead. But I guess old habits die hard.

With issues like these being a dime a dozen, why incite us to destroy the one entity that is helping boost our nations confidence both at home and abroad.

As a friend recently pointed out, it would appear that the real issue is not being dealt with by the PLP. If they are upset by what Sun was able negotiate, their argument is with the FNM, not Sun. However, I guess it plays out better to blame the foreigner when your seeking votes!

Heaven forbid that political rhetoric should ever choose to bring us together so we can all move “Forward, Upward, Onward, Together” in a positive manner.

Sun has done a fantastic job, not only with the beautiful theme park they have created but by providing steady employment for many Bahamians, and helping change the attitudes of not only their employees. Many of us doubted we would ever rebound from the economic doldrums left by the PLP, but Sun has reconfirmed my faith in the free market.

As long as Sun does not attempt to run the country I think they have every right to deny access to their properties visitors who are not paying guests.