The influence of the Magna Carta continues to be felt, even in the 21st century

This year marks the 800th anniversary of the Magna Carta, on which the constitutional liberties and the Rule of Law of England were founded. It was signed by a beleaguered King John on 15 June 1215 with his disgruntled noblemen. Dan Jones’ Magna Carta shows why it was granted, repudiated by the king, and subsequently reinstated, and became the founding document in the history of liberty of the English-speaking peoples, in particular the United States.

The Magna Carta is also the basis for the Rule of Law that was established in India by the British Raj and is the foundation of independent India’s Constitution. But it also seems to have resonance in authoritarian states as President Xi claims to be establishing the Rule of Law in China, whilst the illiberal democracies of Russia, Egypt and increasingly Recep Erdogan’s Turkey and Viktor Oban’s Hungary, seem to regard the Rule of Law, "as nice rather than necessary". (D Gardner: "Putin and Sisi linked by common thread of illiberal leadership", FT 11 February 2015).

The importance and resonance of the Great Charter resides in it creating the institutional basis for reining in the predatory state. For every state’s rulers have to be given the monopoly of the power of coercion – to avoid Hobbesian anarchy and to provide the essential public goods of law and order and defence – and must also be given the "power to take" – euphemistically called the "power to tax". But this provides the rulers with an incentive to be predatory by taking more than is required to provide the requisite public goods.

King John was a predatory monarch par excellence. Following the example of his Plantagenet predecessors, the power and wealth of the Crown had increased dramatically relatively to the barons. As Prof James summarises: "By 1212 John had achieved a cruel mastery over his kingdom. He was vastly, almost unimaginably wealthy, his castles groaning with silver. He oversaw a broadly efficient legal and financial administration with which he could crush any baron who was merely suspected of having slighted him. He had also terrorised his neighboring princes into submission." (p 56). A description uncannily resembling Vladimir Putin’s Russia. 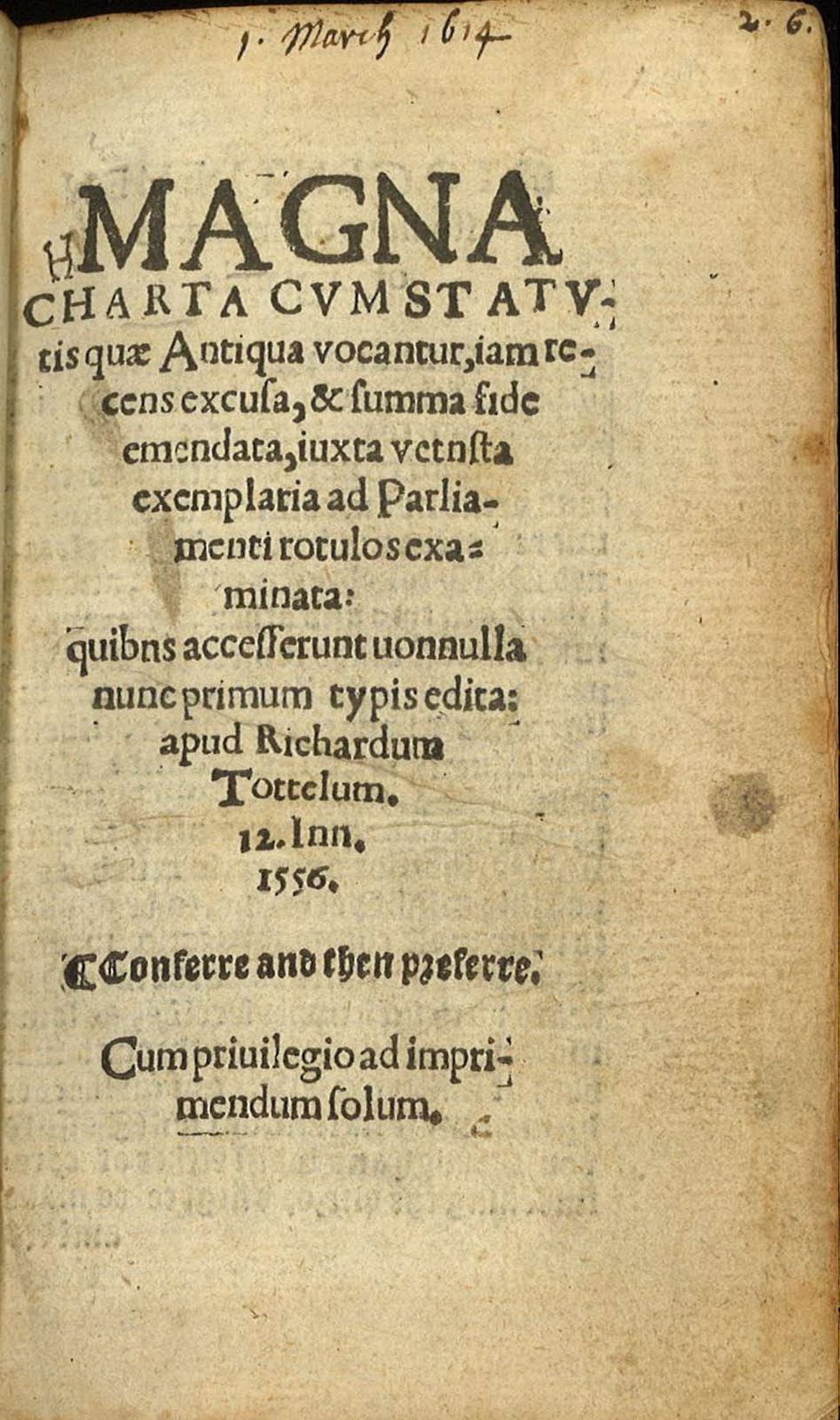 The Plantagenet kings also faced periodic fiscal crises in defending their empire extending from Scotland to the Pyrenees. It was John’s attempt to recover the lands beyond the Channel he had lost to France in 1204 which was his undoing. To fight this new war he had to further increase the financial extortions on his barons. They rebelled and a civil war began. The Magna Carta was the treaty to end this civil war. It established the Englishman’s right to Habeas Corpus – but most importantly it established the idea that the essential difference between a prince and tyrant was that "while both made and enforced laws, the prince also subjected himself to the law." This is the essence of the Rule of Law.

But how could this agreement between the citizen and sovereign be enforced? This became the central question in tethering a predatory sovereign. The charter itself had a "security clause", which "allowed for licensed civil war" (p 89). This happened within a few weeks after King John had signed the Charter. After his death there were periodic reissuances of the Charter with that of 1225 establishing the principle of "no taxation without representation", whereby "the king swapped a concession of liberties for tax revenue" (p 104). Thus was the predatory state’s "power to take" restricted.

Magna Carta was invoked in the English Civil War between the Crown and Parliament in the 17th century, which ended with the Glorious Revolution of 1688-9 and the accession of William of Orange to the throne. With its Bill of Rights, the Common Law and the Rule of Law became cornerstones of the English constitution.

In the 18th century the US Constitution was based on the principles of the Magna Carta, as were those of the British dominions of Canada, Australia, and New Zealand – and also the legal reforms of Governors-General Cornwallis and William Bentinck in India in the 19th century. These separated the executive and judicial functions of government and made government executive decisions contestable in civil courts.

What of the rhetorical affirmation of the Rule of Law in Mr Putin’s Russia and Mr Xi’s China? Many had come to believe that Russia by 2000 had established the Rule of Law, not least the lawyer for Bill Browder’s hedge fund, Sergei Magintsky who discovered evidence of a $230 million tax scam by state officials. He refused to flee Russia saying "the law will protect me. This isn’t 1937". He was murdered by his captors, because as Browder writes (in Red Notice) "he didn’t realise that Russia had no rule of law, it had the rule of men". These men were part of the kleptocracy created by Putin, and meticulously analysed in Karen Dawisha’s Putin’s Kleptocracy: who owns Russia?

But like King John, Mr Putin’s foreign adventures and the economic sanctions they have evoked have created a fiscal crisis for the state. The resulting economic hardships have reduced support for his nationalist card, with a recent poll showing that compared with 50 per cent last March only 19 per cent now believe Ukraine should be part of Russia. If the 110 Kremlin-connected oligarchs, who Ms Dawisha claims own 35 per cent of the country’s assets decide to challenge Putin’s adventurism, could Russia at last see its own Magna Carta? Only time will tell.

The attempt by President Xi to establish the Rule of Law in China is, as Jonathan Fenby has rightly noted, "playing with words. As has been the case for more than 2,500 years, the view from the top in China is that China needs rule by law – not rule of law. Ever since the First Emperor more than two millennia ago with his doctrine of Legalism, the use of law to keep the people in line is seen as an essential plank of top-down rule" (Guestpost, FT.com, 6 November. 2014). China’s Communist party is not going to see itself challenged by any Rule of Law.

But, as part of the Basic Law governing Hong Kong, the Chinese government agreed to maintain the colonial Rule of Law, with the independence of the judiciary and its separation from the executive guaranteed by the appointment of foreign judges to its highest court of appeal. Despite the protests of the democracy advocates against the Chinese government’s refusal to implement a full-fledged democracy in Hong Kong, it has not to date – despite the fears of lawyers – attempted to curb its Rule of Law. This is, after all, part of Hong Kong’s importance in providing the legal safeguards for commercial contracts which have been an important source of the Chinese economic miracle. These legal safeguards also protect the financial assets of the "princelings" who increasingly own and control the Chinese economy. So for the moment it is unlikely that the Chinese government will subvert Hong Kong’s Rule of Law, even as the mainland is ruled by more draconian rule by law rather than the Rule of Law.