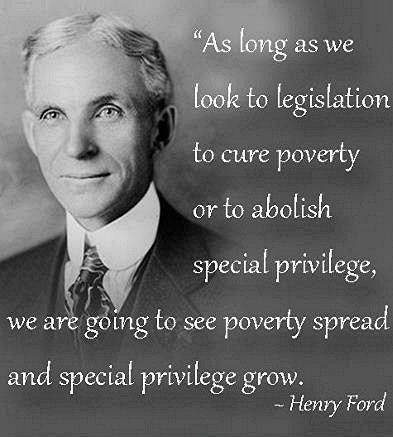 The “Iron Chancellor,” Otto von Bismarck-s (German Chancellor) had a paternalistic desire to help his fellow countrymen in Germany in the 1880-s with social security that offered insurance against accident, sickness and old age. More recent examples of this would be the Labour Party in Britain and President Roosevelt-s New Deal in the US. We seem to have picked up the same theme here in recent months with governments pronouncement to introduce more policies like this. Have we begun the journey further down the road of Socialism?… A path we can ill afford.

Milton and Rose Friedman pointed out some of the pitfalls of this all encompassing compassion in their 1980 “personal statement” titled “Free To Choose:”

“Britain and Sweden, long the two countries most frequently pointed to as successful welfare states, have had increasing difficulties. Dissatisfaction has mounted in both counties.”

“Britain has found it increasingly difficult to finance growing government spending. Taxes have become a major source of resentment.”

Why Did The War On Poverty Fail?

It is estimated that America has spent over $5 trillion dollars in an attempt to solve the problems of the poor. After all of this, the richest and most resourceful country in the world is having to admit defeat in the war on poverty.

James Payne, author of Overcoming Welfare, leads us through the reasons for welfare’s failure. He submits that the “Ideology of Handouts” is the major contributor. He suggests that:

“The handout feature characterised not only the programs that gave away cash and material resources like food and housing; it was also incorporated in programs that provided training, education, and rehabilitation. Recipients did not have to make significant sacrifice to be admitted to them, and they did not have to make any significant effort to stay in them. Swept up by the rhetoric of the day, program organisers simply assumed that all that recipients needed was opportunity,” especially the opportunity to learn a trade and to get a job.”

Mr. Payne went on to state that:

“The war-on-poverty activists not only ignored the lessons of the past on the subject of handouts; they also ignored their own experience with the poor.”

“In the early 1950-s Harrington (Michael Harrington author of The Other America published in 1962 arguably the book that started the war on poverty) worked at the St. Joseph-s House of Hospitality, a shelter for the homeless in New York-s Bowery District. The philosophy of the shelter was pure handout. Beds, food, and clothing were given out, as Harrington proudly reported, on a “first come, first served” basis. The shelter didn’t require anything in return: not small amounts of money, not work, not any effort at self-improvement.”

Quite astonishingly Mr. Harrington reported on these tragic lives and their many problems and it would appear made no attempt to rehabilitate them. These problems included “alcoholics, degradation, exposure, disease, theft and violence.” In summarising his experience it is reported he concluded “that alcoholic poverty was not an economic problem but deeply a matter of personality.” Apparently he added that “One hardly knows where to begin.”

With all this Mr. Payne hits the nail on the head about handouts:

“For someone so ready to hector others about how easily poverty could be “abolished,” Harrington was astonishingly unreflective about his own performance. His failure as a social worker among the homeless never lead him to question his handout approach, and his personal knowledge that poverty was not an economic problem never shook his ideological conviction that it was. The rest as they say, is history. The man who “hardly knew where to begin” in treating the problems of poverty – and who failed when he tried – became the guru for a massive array of government handout programs that, as even the New York Times now concedes, only deepened the culture of poverty.”

So What Should We Do?

First of all I don’t agree that any government including ours can solve the inequities of society with handouts and continually increasing the welfare state as many countries have found out. And unfortunately government programs, no matter how well intentioned, become black holes for the taxpayers hard earned money. Government agencies tend to get increased budgets each year to simply expand their bureaucracy and the cycle of poverty continues.

Second, we need to expand free market principles. I think Paul Poirot put this rather succinctly in his essay Private Enterprise, Government Spending and Welfare:

“One of the characteristics of human nature is an insatiable desire for more – materially, intellectually, spiritually. The more a person understands, the more inquisitive he tends to be. The more he sees, the more he wants. The more he has, the more acquisitive he becomes. Now, the fact that individuals are forever wanting more and tend to act so as to fulfil their most urgent wants largely accounts for the miracle of the free market, the fabulous outpouring of goods and services through competitive private enterprise and voluntary exchange.”

“When government becomes the guarantor of “freedom from want,” this means that the poorest managers within the society have been put in charge of human affairs; for they always do and always will outnumber those of superior talent. What is now advertised as a war on poverty is really a confiscation of the fruits of production; and the consequence has to be disastrous for everyone, especially the poor.”

We must find ways to continue to increase capitalistic behaviour. If that comes with more foreign investment or reducing the tax burden on the rich to continue to expand business enterprises, so be it. Maybe the powers that be ought to provide some moral persuasion with the less productive of our society. If we find ways to “pay” people who do not wish to make a contribution, the war on poverty will not be necessary – there won’t be anything left for the rich or the poor.