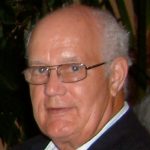 Most people think that economic growth is good while some do not. I won’t deal with this directly but will show why prosperity is so elusive.

Let me start with a personal story. In 1957 I was working as an economist in the International Division of the Ford Motor Company. Juan Peron had just gone into exile in Spain and the question given me was “Should Ford invest in Argentina?”

Here was a country that in the last quarter of the 19th century emerged as the major exporter of wheat and beef to Western Europe and in so doing became one of the wealthier nations of the world. Buenos Aires was a beautiful city; the country had petroleum in addition to being one of the most fertile regions in the world; and it had an educated cosmopolitan population. When compared to a country like Japan, it appeared “rich”.

The easy conclusion for a 27-year old economist was “If Western Europe recovered so rapidly from World War II, Argentina endowed with such natural advantages could become an economic marvel again. Well…Ford did invest in Argentina; growth occurred; but sustained economic growth did not; and now the melancholy and emotional “Don’t Cry for Me Argentina” is good background music when reading about unemployment and poverty in Argentina.

The truth of the matter is…if you look at the past 20 years economic growth, growth as measured in the traditional GNP statistics, has occurred in 20 percent of the world. The average growth in the other 80 percent is zero.

And there are even more uncomfortable facts. Over the past ten years the Japanese economy has been stagnant and Germany has had an unemployment rate that has hardly ever fallen below double digits. Diane Coyle points out in her book “Paradoxes of Prosperity” that between 1992 and 1999 both the UK and the US slightly expanded the number of jobs in manufacturing despite increased imports, while Japan and Continental Europe lost 15-20 percent of their workforce in manufacturing. She contends that the significant growth in the United States was not matched elsewhere.

This is not quite correct. There were several smaller countries where growth did occur.

Ireland, a small island country of two and half million people, emerged as the “how-to-do-it poster boy” of economic growth.

Let’s look at it from the pages of the British magazine, the Economist. In January 1987 a special report on Ireland (a supplement within the magazine) was titled “How the government spent the people into a slump”. Particularly telling was the picture of a poverty-stricken family standing on a Dublin bridge under the caption “In Hock, Out of Work”. One year later its special report was titled “Poorest of the Rich”. Nine years later the special report on Ireland was now the Economist’s cover story. Ireland was now “Europe’s shining light”, its “emerald tiger”. In ten years…one decade…Ireland went from In Hock and Out of Work to Emerald Tiger.

It is a fascinating story, especially for someone like me who had a grandmother born in County Cork.

On the other side of the Atlantic Hubert Ingraham became Prime Minister of the Bahamas in 1992 and engineered an impressive prosperity. He literally got on a plane and toured the investment capitals of the world. His message was “There’s a change in the Bahamas, It’s a good place to invest, See me to get on the fast track.” As we all know the key investor lured to the Bahamas was Sun International and the prosperity was stunning. GNP over five years (from 1995 to 2000) grew at 4.3% per year in real terms…that is GNP adjusted for inflation. That is an outstanding achievement.

And even more important the benefits of that prosperity were distributed in favor of the “working classes”. The lower 60% of the population (per Department of Statistics data) got a bigger slice of the growing economic pie; the top 40% got a reduced share; and the top 20% had the largest loss of share.

In his second term in office the Prime Minister introduced the Labour Bills to Parliament and claimed that prosperity had eluded the common man. He insinuated that unions did not get workers their fair share. He contended his labour bills would do just that. They didn’t…but that is another story.

And…despite the pivotal role played by foreign investment in its economic life, Bahamian society retains a pervasive antagonism toward foreign investment. There is a profound disconnection between the reality of what has occurred and what people and politicians believe and desire. This makes the adoption of sound economic policies difficult and illustrates why economic growth is so elusive.

These comments raise the question “What should government do?” I cannot answer it in full today. But I do want to talk about one issue, the investment in people.

In the case of Ireland, Ray Mac Sharry, a former Irish Minister of Finance, and Padraic White, a former Managing Director of the Industrial Development Authority (the IDA), note that the growth of investment in education from 1960 onward played an important role in their economic growth. After 1967, Ireland introduced free secondary schooling and made major public investments in third-level education including the construction of Regional Technical Colleges, two new universities and an expansion in facilities at the country’s existing universities. “The result was a sharp increase in participation rates at all levels of education. And today, Ireland has one of the highest tertiary enrolment rates in the OECD area.” (The Making of the Celtic Tiger: The Inside Story of Ireland’s Boom Economy, p. 365)

In the national campaign to catch up, its people became Ireland’s prime advertising asset. When the IDA began its operations to attract foreign investment in 1970 it emphasized taxes and financial inducements. In 1983 their public relations thrust took a radically different look and tone. It featured Ireland’s educated youth, European Union common market membership and one-liners like —

“Ireland—Home of the Young Europeans”,

“People are to Ireland as oil is to Texas” and

“People are to Ireland as champagne is to France”.

“Hire them, before they hire you.”

This bit of Irish exaggeration worked! Ireland accounts for just one per cent of the European Union’s population; yet it secures over 20 per cent of new inward investment in the manufacturing, software, telecommunications businesses and shared-services sectors.

But the struggle to attract foreign investment has had its difficulties and profound ebbs and flows.

There were investments before the founding of the Industrial Development Authority in 1970 that included General Electric and Pfizer.

In its first five years of IDA operation there were investments in synthetic fibers…Snia Viscosa of Italy and Courtlands from the UK…and in chemicals and pharmaceuticals…Asahi, Syntex, Dohme and Warner Lambert.

Then there was the oil crisis of 1973, the kidnapping by the IRA of the Managing Director of the largest foreign employer in the country and the IRA assassination of the British Ambassador to Ireland. These created problems in getting new investors.

But the IDA overcame these negative events in the late 1970s with high tech computer investors as Mostek, Wang Laboratories, Verbatim and Apple. The early 1980s saw medical and pharmaceutical companies as Bausch and Lomb, IMED, Yamanouchi and software companies as IBM, Lotus and Microsoft.

Ireland became the template for development and the World Bank has a Foreign Investment Advisory Agency ready to help any ambitious country.

But the odds of a country emulating Ireland are small…at least according to Padraic White. Let me quote him:

“In every country, the obstacles are different. In some, it is sheer inertia and stifling bureaucracy. In others, it is corruption and lack of skill or a failure of the required political momentum and drive to combine all the human and other elements needed for success.”

Human capital in the Bahamas

On the other side of the Atlantic the Bahamas has a problem in producing qualified workers. The newspapers tell the story of embarrassingly low academic test scores and employers complain about a basic deficiency in the “three Rs.”

1. It creates an incentive for employers to hire foreigners at all skill levels

2. It increases social conflict over the distribution of National Income

3. It inflames the Bahamianization Battle, and

It becomes a Catch-22, a depressing string of events.

All Bahamians have to unite to support an effective plan to invest in people. It cannot be left to someone else. The Bahamas has to change its priorities. And to be effective such a commitment has to be long term. It takes money; and that must come from less Government spending on other things.

As everyone of you know, this is really tough. We’re dealing with politics, bureaucracy and beliefs. These barriers to growth can be overcome but with great difficulty and only with a national consensus. Clearly the road to prosperity is difficult and success is elusive.