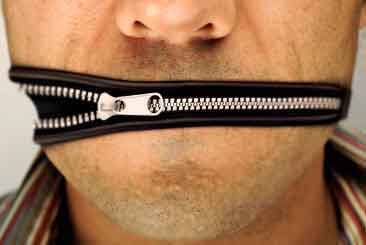 There is a code of silence in The Bahamas surrounding affairs of state that is inconsistent with democracy and entirely counter-productive. This “code” is particularly obvious in trade negotiations and the legislative development process.

For example, individuals from the private sector were selected to help negotiate the Free Trade Area of the Americas, but the specifics of what the country is committing to have not been disclosed in almost 10 years. In fact, the government requires these representatives to keep their activities confidential.

The same constraints apply to members on the consultative forum that has been reviewing financial laws and structures for the past year. Other than a few abbreviated comments from the chairman, no details of the important recommendations that the forum is making to the government can be discussed in public.

Successive governments have shown an unwillingness to widely circulate legislation it intends to implement. Laws are rushed through Parliament without proper discussion, sometimes making it to the third reading before the private sector has an opportunity to review the proposed bill.

What is the Government thinking?

There are very few conclusions that can be drawn from this approach:

1. The government thinks Bahamians lack the intelligence to understand what is going on.

2. The government wants to avoid obstruction by differing or opposing opinion.

3. The government is making closed-door deals with special interest groups and/or individuals.

Government policies must be able to withstand the scrutiny of public debate long before they are presented to parliament or cabinet.

Discussion papers and policy proposals should be available for review by all citizens, unless overriding issues of national security are involved.

The agendas of parliament and the cabinet should be disseminated to the press and other interested parties at least two weeks in advance to allow citizens to research information or provide input to their elected representatives.

Dr. Felix R. Livingston, of the Foundation for Economic Education, once noted…”If those occupying seats of government are left unguarded, they will use their political power to advance their private interest.”

He went on to say that to restrain this tendency toward abuse of power a higher law must be consulted. That higher law is the constitution. A functioning democracy consists of the constitution, parliament and society. The “code of silence” imposed by government breaks this circle and interferes with democratic processes. The risk is entrenched political power and diminishing freedom.

If the citizen’s of The Bahamas are concerned about economic growth and prosperity, a higher level of trust and openness in public affairs is necessary. The code of silence does not serve the best interest of The Bahamas or her people.