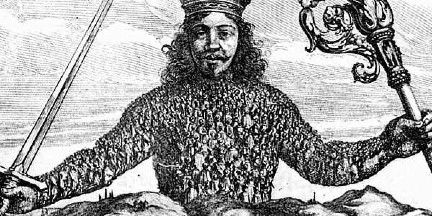 A friend of mine who is as an elected official in our city government bravely gave Frederic Bastiat’s The Law (pdf) to his colleagues as a gift for the holidays, hoping its message of limited government might sink in. One or two of them actually read the book, but didn’t much like it. Others said “thanks,” but probably will never read it, and one person seemed offended by the gift.

In The Law Bastiat argues that the idea of justice preceded manmade “law,” and that legitimate laws merely provide for the collective defense of life, liberty, and property. Laws that go beyond that purpose, Bastiat argues, are often simply designed to benefit some people at the expense of others, transforming the legal system from a defense of justice into an instrument of injustice through what Bastiat called, “legal plunder.”

This is clearly where we find ourselves today. Governments have moved well beyond the vital but strictly limited functions outlined by Bastiat, Jefferson, and others. Governments have become arrogant, plundering, and costly instruments of social engineering, wealth redistribution, and “economic development.” As a result, they have encouraged the politicization of nearly every facet of life, breeding a permanent state of rent-seeking and discord among groups. As Bastiat would say, they have brought about a system in which “everyone tries to live at the expense of everyone else.”

Governments are, in my opinion, essential for certain, very limited things, such as enforcing contracts; preventing theft, fraud, and other forms of physical aggression; and providing for the national defense. But in America today, governments have clearly stepped far beyond these boundaries.

Robert Higgs’s Crisis and Leviathan documents the evolution of the U.S. government from its somewhat limited origins to the truly Big Government we see today. He rightly correlates much of this evolution with ideological changes among Americans themselves. They no longer seem to want limited government. Indeed, the opposite seems closer to the truth. For many Americans, the Constitution is no longer seen as a limited grant of powers to the government; it is seen instead as a grant of limited and highly conditional rights to individuals. In this view, government powers are virtually unlimited.

Government excursions into realms well beyond those spelled out in Article I of the Constitution have long since become commonplace. We are all familiar with the macro-scale examples, such as creating mandatory pension plans for all workers, establishing a fiat currency, setting up business and agricultural subsidies, passing “antidumping” legislation, fixing minimum wages, setting price controls, and enforcing drug regulation and prohibition. We might be less familiar with the even more numerous, if more mundane, examples that commonly occur at the local and state levels-things such as “economic development” grants to selected businesses or industries, arbitrary zoning laws, prevailing-wage laws, and more.

For instance, a city government in my area is poised to pass a new law placing tighter restrictions on outdoor advertising, essentially telling private property owners what they may or may not do with their own land. The justification for the ordinance is local “beautification;” never mind it is being spearheaded by the area’s largest bill board company.

Meanwhile, a nearby county government recently passed an ordinance-similar to ones being passed all across the country-requiring people buying cold medicines to show identification and sign a log that will later be handed over to police. At the same time, store owners are being restricted in how much cold medicine they can sell to a single customer. Why? It is because one of the ingredients in some cold medicines can be used to make the illegal drug methamphetamine. Thus continues the never-ending War on Drugs.

None of these things is unusual or restricted to my state. Similar laws and initiatives are common all across the country. What is amazing is that Americans have come to take this state of affairs as normal, even good. The idea of limiting government is all but dead. Government today is seen as the vehicle for every organized interest to push its agenda at the expense of everyone else.

Finding a limit to the legitimate reaches of government is not just an academic matter; it is vital to our survival as thinking beings. The more governments usurp the ability of individuals to control their own property and to plan their own affairs, the more these governments undermine what makes us human. Expanding the realms of power necessarily shrinks the scope of each individual’s personal freedom and responsibility.

Indeed, freedom is essential to human prosperity and even, in a very meaningful sense, human survival. It is no accident that those nations on earth that are economically the most free, with the clearest protections for private property rights, are also the most well off, while the least free, with the poorest protections for private property, are the poorest and most miserable. (See, for instance the 2005 Index of Economic Freedom, published by the Heritage Foundation and the Wall Street Journal, and Economic Freedom of the World: 2004 Annual Report, published by the Fraser Institute.)

Governments cannot create wealth. They can only foster an environment in which each person and property are protected from aggression. Taken beyond that, governments soon become instruments of legal plunder for politically favored individuals and groups, thus replacing market incentives with political incentives and undermining prosperity itself.

Wealth and human well-being emerge where people are at liberty to pursue their own goals in a framework of voluntary cooperation and exchange. This is the necessary setting for human ingenuity, competition, creativity, individuality, and personal responsibility. It was the engine that lifted humanity out of centuries of misery and barbarism. We must revive Bastiat’s limited view of government if we are to ensure the blessings of liberty and prosperity for future generations.

Posted February 16, 2005 at The Foundation for Economic Education.