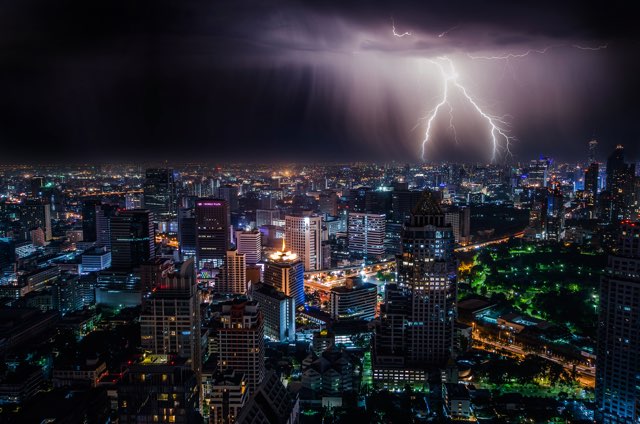 Originally known as economic individualism, The Routledge Dictionary of Economics (2000) informs us that Capitalism is:

However, with the mortgage debacle around the world creating havoc in financial markets, Capitalism is under attack.

One side of the debate says deregulation caused the problem, while the other side says government guarantees for “junk mortgages” encouraged risk taking beyond the imagination.

Another group also suggests that moving to the use of Fiat Money as opposed to the Gold Standard, has helped get the world in the mess it’s in.

Whatever the cause (the history of these times will be written in the months and years ahead) governments around the world have wielded considerable control over economic affairs.

The Fortune Encyclopedia of Economics closes out a chapter on Capitalism with some important food for thought:

“Today the United States, once the citadel of capitalism, is a “mixed economy” in which government bestows favors and imposes restrictions with no clear consistent principle in mind. As Soviet Russia and Eastern Europe struggle to embrace free-market ideas and institutions, they can learn from American (and British) experience about not only the benefits that flowed from economic individualism, but also the burden of regulations that became impossible to repeal and trade barriers that were hard to dismantle. If the history of capitalism proves one thing, it is that the process of competition does not stop at national borders. As long as individuals anywhere perceive potential for profits, they will amass the capital, produce the product, and circumvent the cultural and political barriers that interfere with their objectives.”

This begs the question: Has capitalism been found wanting or has the oratory skills of politicians from both sides of the political divide in the US so confused the discussion of how their actions might have impacted this crisis, that the free market is the easy target?

The shift toward Socialism

In an attempt to “fix” the mortgage crisis, governments around the world have begun nationalizing banks and insurance companies. A move that will advance Socialism around the world.

“The main tenet of Socialism, namely the community of goods, must be rejected without qualification, for it would injure those it pretends to benefit, it would be contrary to the natural rights of man, and it would introduce confusion and disorder into the commonwealth.”

As long as people are generating gains that are unsustainable, all is well with the market. When the market corrects these excesses, capitalism is blamed for the problem.

There are similarities in the current economic crisis to the Great Depression. Missing so far are the direct attacks on businessmen. This may yet come to pass.

Where does The Bahamas fit in?

So how does this all relate to The Bahamas?

Neither party sees the need to:

Few politicians examine the effectiveness of their policies or their rhetoric that is antagonistic toward business.

Government policy to pay the utility bills and mortgages advances the welfare state and discourages individual responsibility while increasing the national debt burden of future generations.

The Economist editorial of October 16, 2008 stated:

On balance, Capitalism has become the scapegoat for politics run amok.