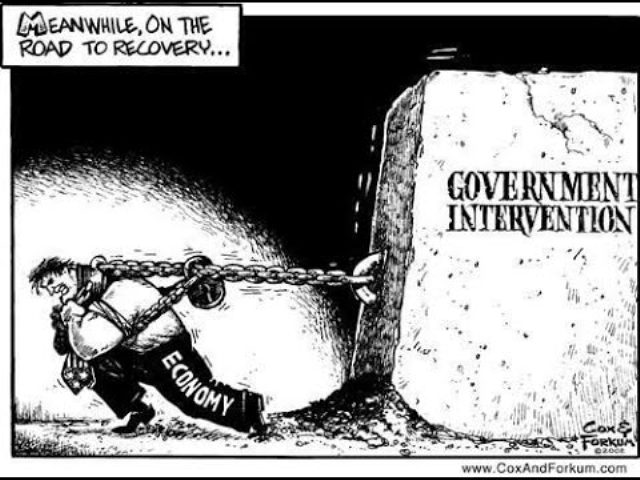 Speech to The Rotary Club of East Nassau by Rick Lowe, Vice President and Treasurer of The Nassau Institute on Friday, May 8, 2009.

Otto von Bismark, Germany’s “Iron Chancellor” had a paternalistic desire to help his fellow countrymen when he introduced social security in the 1880’s. This programme provided insurance against accident, sickness and old age.

Modern history points to the social contracts by the Labour Party in Great Britain and the Roosevelt’s New Deal in the United States.

And now The Bahamas has decided to venture down this slippery slope with the implementation of Unemployment Insurance.

But before we get into specifics I’d like to try my luck with another thought experiment.

I’ve lectured to my son since he was old enough to understand about the importance of family and the sacred trust of rearing children. However, when he was 17 he had a child out of wedlock.

We had a serious heart to heart and his mother and me (and I) would take him and his child in but let him know that if it happened again they would no longer be welcome in our house.

Well can you guess what happened?

Right. He did it again.

And now I’ve come to you to ask for some money to help him set up his apartment and provide some spending money for him until he can find a job.

Who would like to divi up 50% of what’s in their wallet to help the cause?

I thought that would be your response. Yet we encourage the government to dip into our wallets for unemployment insurance.

By the way, this was just a thought experiment, that never happened with my son, thankfully.

Now let’s get down to specifics with the amendments to the NIB Act.

Yet another bill has been presented to Parliament where the general public and business community were not allowed to comment until after the fact.

In typical fashion the government has crafted amendments to the National Insurance Act so they can offer unemployment insurance to Bahamians.

One might believe it is magnanimous of the government to offer this programme, but even I would be a hero if I could pass laws to take money from one person under the threat of fines or jail time and give it to someone else.

Even though I understand the draft bills were being “kept out of the public domain” some how copies were delivered to me, so here’s my observations after a quick read:

1. Computer payroll systems will have to be changed to accommodate this.

2. As usual the Minister is king. The Minister can extend the period at his discretion. Of course that is not emphasised or discussed in the public discourse to date.

3. More forms will be required when an employee is dismissed with an initial fine of $500 then $200 a day until they receive them.

4. This represents a tax increase at the worst possible time, without a corresponding decrease to compensate.

5. Like the National Insurance government mandated Ponzi scheme, it will go bust as all these programmes tend to do.

With all the best intentions of the political class, abuse will become ingrained in the system that honest tax paying Bahamians will have to fund.

And we must bear in mind that government already forces a form of unemployment insurance with mandated severance pay upon termination.

All in all, it emphasises the Socialist tendencies of our government. And you can bet there will be more and more policies implemented in the years ahead that our children’s, children’s, children will be burdened with. Unfortunately, government handouts, no matter how well intentioned create black holes for taxpayers hard earned money.

In days gone by we did not call out for government to run our lives. For some reason we had more pride than that.

We still see traces of that pride in the family islands, where the reach of government’s “soul killing logic” is not as pervasive as it is here on New Providence, but that to is changing.

If history has proven one thing it is that the hope that government can do it all is a pipe dream and this puts The Bahamas firmly on the road to becoming another failed state.

Give me Capitalism, warts and all, any day.

But I can’t leave the discussion there without offering a couple ideas on what to do.

First and foremost, economic growth is key, but as Dr. Dan Mitchell of the Cato Institute recently pointed out in a video for the Center for Freedom and Prosperity, the factors impacting economic growth are:

Sound property rights
The Rule of Law, and
Sound Money

They can be considered the core policies, but there are others that go along with them. Namely:

We can track how we are doing in these areas each year in the Economic Freedom of the World Index, that The Nassau Institute contributes to, and I’d like to read our release about it from last fall.

The report ranks Hong Kong number one, followed by Singapore then New Zealand. Zimbabwe once again has the lowest level of economic freedom among the 141 jurisdictions included in the study, followed by Angola and Myanmar.

The annual peer-reviewed Economic Freedom of the World report is produced by Canada’s Fraser Institute in cooperation with independent institutes in 75 nations and territories.

It uses 42 different measures to create an index ranking countries around the world based on policies that encourage economic freedom. The cornerstones of economic freedom are personal choice, voluntary exchange, freedom to compete, and security of private property. Economic freedom is measured in five different areas: (1) size of government; (2) legal structure and security of property rights; (3) access to sound money; (4) freedom to trade internationally; and (5) regulation of credit, labor and business.

“Economic freedom is one of the key building blocks of the most prosperous nations around the world. Countries with high levels of economic freedom are those in which people enjoy high standards of living and personal freedoms. Countries at the bottom of the index face the opposite situation; their citizens are often mired in poverty, are governed by totalitarian regimes and have few if any, individual rights or freedoms,”

The full report is available at www.freetheworld.com

Although the Bahamas has slipped slightly from the previous year (2005 – 43rd to 49th in 2006) the decline in ranking since 1972 is remarkable when in that year the country was ranked 7th in the freedom index.

Obviously this is not the direction we should be headed if we want to enjoy economic growth to help lift our poor out of poverty.

So while the suggestions of The Nassau Institute will not pay dividends over night, we are confident they would be better for everyone in the years ahead, and help us steer around the unintended consequences of too much government.

Finally, it is important to understand that there is a vital role for The Bahamas Government as outlined our Constitution, particularly where the rule of law is concerned. A police force and court system that work are crucial. Regretfully, the growth in our government over the years is part of the problem. More of it, government that is, is not the solution.

I’d like to close with another joke about economists if I may.

Two government economists were returning home from a field meeting. As with all government travellers, they were assigned the cheapest seats on the plane, so they were each occupying the centre seat on opposite sides of the isle. They continued their discussion of the knotty problem that had been the subject of their meeting through takeoff and meal service until finally one of the passengers in an isle seat offered to trade places so they could talk and he could sleep. After switching seats, one economist remarked to the other that it was the first time an economic discussion ever kept anyone awake.

I’m so glad you stayed awake.