Maurice O. Glinton, Freeport based Counsel and Attorney, will provide an interesting perspective on The Judiciary here in Nassau on Wednesday, May 27, 2009 at 6:30pm at The Nassau Yacht Club, East Bay Street.

This event is free of charge. Donations will be accepted.

Click this link to save your seat at our secure web page. 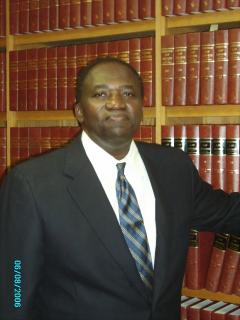 Mr. Glinton is a Counsel and Attorney in private practice at The Bahamas Bar as a civil lawyer, primarily in the areas of Constitutional and Administrative law, and Corporate law. He read law at Cambridge University (St. John’s College), and is a Barrister of Gray’s Inn, London, England, having been admitted to the Bar of England and Wales in November 1980.

He has appeared in all of the Courts for The Bahamas including the Privy Council, since being admitted to The Bahamas Bar in December 1980, and to the Turks & Caicos Islands Bar in September 1981.

He is a graduate of the University of Maine (Orono) earning a B.A. (Economics) in 1972. As James Ward Packard Fellow in Lehigh University’s Graduate School of International Relations, Bethlehem, Pennsylvania, he was awarded a Master of Arts degree (International relations) in 1973.

He is a past Vice-President of The Bahamas Bar.

Government as such, is not only not an evil, but the most necessary and beneficial institution, as without it, no lasting cooperation and no civilisation could be developed and preserved.Ludwig von Mises … (next quote)
%d bloggers like this: