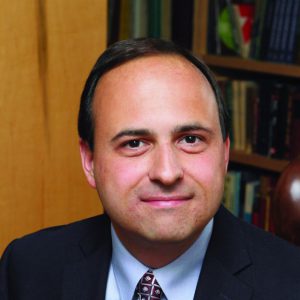 First published at Mises.org on June 10, 2009 and reprinted here with their kind permission.

“The time to worry about depressions,” F.A. Hayek once wrote, “is, unfortunately, when they are furthest from the minds of most people.” He’s right, of course: imagine trying to tell a house flipper in 2004 that the housing market was a giant bubble that was going to burst. At best he’d smile politely, and then roll around in his fresh pile of Federal Reserve Notes.

It’s during an artificial, unsustainable boom like the one we’ve just lived through that, unbeknownst to most people, the real damage is done to the economy. But that’s when they’re least likely to listen or care.

Now that we’re living through the bust, on the other hand, many people are listening. That’s why it’s so important for economists of the Austrian School to redouble their efforts, whether in terms of writing, public speaking, media, or indeed whatever platform they can get, to promote a sound, free-market interpretation of what’s happening. The drones who exist to repeat clichés about market failure need a robust and energetic reply from people who know what they’re talking about.

Robert P. Murphy has done exactly this. His article archive here at Mises.org has grown substantially during the crisis, and his blog http://consultingbyrpm.com/blog/ is always a valuable read. In addition to all this, he managed to find time to write the recently released book The Politically Incorrect Guide to the Great Depression and the New Deal.

Murphy and I corresponded regularly late last year as we worked on our respective books. He got a kick out of the realization that he, the economist, was writing a work of history, and I, the historian, was writing a book (Meltdown) that gave the Austrian perspective on the current economic crisis. But he is a perfect fit for a study like this. Although many economists know little history, historians’ knowledge of economics is confined, with few exceptions, to a catalogue of primitive fallacies. This episode in American history has needed the careful, book-length attention of a good economist — that phrase, sadly, is practically an oxymoron in the Age of Krugman, is it not? — for a long time now.

And it isn’t just the court historians or the left-wing economists who need straightening out, either. Even otherwise free-market scholars of the Great Depression and the New Deal have a fatal soft spot for the Fed — whose failing, they tell us, was its failure to pump enough money into the system. Murphy will have none of this.

Thus, for example, the Chicago School has been critical of the Fed, but for the wrong reasons: the Fed supposedly failed to create enough money when the money supply began falling. This is not exactly a free-market criticism, but (surprise!) it’s the only one the mainstream has bothered to acknowledge. As a matter of fact, in the nearly two years following the 1929 stock-market crash the Fed engaged in what were at that time the most aggressive rate cuts in its history. (This is in contrast to the Fed’s rate increases during the 1920–1921 downturn, which was over quickly but which by Chicago’s reasoning ought to have been more severe and persistent.) Milton Friedman and Anna Schwartz, Murphy concludes, gave birth to

“a myth, namely that the Federal Reserve sat idly back and allowed the economy to implode. That myth — like the myth that Herbert Hoover sat idly back and watched the Depression unfold — is continuing to drive misguided policies today.”

Murphy also includes in this chapter a very useful section on deflation, a subject nearly impossible to find treated without breathless hysteria. To blame the Depression on a decrease in the supply of money is to get the relationship exactly backward. Moreover, the money supply fell by the same percentage between 1839 and 1843 that it did between 1929 and 1933, but robust increases in real consumption and real GNP followed. Under the heat of Murphy’s magnifying glass throughout this much-needed chapter, the arguments of the deflationphobes melt away.

Naturally, Murphy devotes considerable attention to the interventionist program of Herbert Hoover, the president whom most Americans, if they have heard of him at all, associate with laissez-faire. According to Paul Krugman, for example, “the federal government tried to balance its budget in the face of a severe recession.” Murphy, in response, says “it would be difficult to render a more misleading account of Hoover’s policies without actually lying.” In Fiscal Year (FY) 1933, which ran from mid-1932 to mid-1933, the federal government ran a $2.6 billion deficit — at a time when it took in only $2 billion in tax receipts. So the deficit that Krugman represents as wild slash-and-burn budget cutting was in fact greater than the federal government’s entire tax haul that year. That would be equivalent, Murphy observes, to a $3.3 trillion deficit in FY 2007, as opposed to the actual figure of $162 billion.

Now it is true that the FY 1933 budget included some minor budget cuts, but these relatively trivial cuts came only after Hoover’s dramatic spending increases of the previous several years had failed to show any results other than a deepening of the Depression. Murphy’s book has all the figures. By the time Hoover pulled back from what would later become standard Keynesian fiscal policy — a pullback that came in the form of minor spending cuts and major tax-rate increases — unemployment had already gone higher than 20 percent.

In a 1926 speech while secretary of commerce, Hoover had observed that Americans enjoyed both higher real wages and a higher standard of living than did people elsewhere. Like all too many others, though, Hoover drew the fallacious conclusion that the prosperity was the result of the high wages rather than the other way around. (This was the fallacy, exploded by Henry Hazlitt, that high wages promoted prosperity by providing workers with “enough to buy back the product.”) The high purchasing power of American wages reflected American workers’ productivity: because they were able to produce so much physical stuff, thanks to the amount of capital per worker in the United States, the resulting abundance made their paychecks stretch farther. “Unless workers have first physically produced the goods (and services),” Murphy writes,

“there will be nothing on the store shelves for them to buy when they attempt to spend their fat paychecks…. If more stuff is produced within America than within Mexico, obviously Americans are going to have a higher standard of living, regardless of “wages policy.”

It was this fallacy that later informed Hoover’s disastrous high-wage policy, a policy FDR later codified with the National Industrial Recovery Act and that served to deprive countless Americans of employment.

On the New Deal itself, Murphy is just devastating. It’s been amusing to watch the likes of Brad DeLong tell us how super the government’s economic recovery efforts were. Let’s see: cartelizing American industry, restricting production, imposing extremely high minimum wages via the National Recovery Administration, destroying crops to prop up prices, paying farmers to reduce their acreage, blowing billions on arbitrary projects in the name of “creating jobs,” raising taxes — and that’s only a bit of it. That combination was supposed to make Americans rich — and don’t you try to say otherwise, you incorrigible extremist. Bob discusses all of this and much more (including Social Security and labor legislation), and raises evidence and arguments that, if the standard treatment of these subjects in every single American-history textbook is any indication, your delicate ears are not supposed to hear.

In addition to his merciless evisceration of the propaganda surrounding specific New Deal programs, Murphy assembles some suggestive evidence, in addition to the clear testimony of economic theory, regarding the destructive, growth-inhibiting nature of the New Deal in general. In particular, he lays to rest (to put it gently) the recent claim that FDR did make headway against the Depression, as indicated in the unemployment statistics, and that this progress resulted from his willingness to suck resources from the private sector and squander them on arbitrary things.

Readers will also enjoy Murphy’s treatment of the banking industry during the Depression, since we’re usually told that FDR’s alleged cure for that distressed sector was just super. It was no cure at all; it addressed none of the underlying problems, which continued to fester for decades thereafter. The state governments, for their part, had contributed to banks’ vulnerability by yielding to small institutions’ demands for “unit-banking” laws prohibiting branch banking. These laws made it more difficult for banks to manage risk by diversifying their portfolios. Most of the thousands of banks that failed during the Depression were in states with unit-banking laws. The number of bank failures during the same years in Canada, on the other hand, which had no unit-banking laws, was zero.

Although many readers will be able to name at least several important titles on the Depression and the New Deal, I cannot insist strongly enough that there is no book quite like this one. I am not aware of any other book on this subject that both carries the story from the 1920s through World War II and is economically sound throughout. Murray Rothbard’s America’s Great Depression, still indispensable, covers only through 1932; and books critical of the New Deal typically adopt, probably thoughtlessly, the Chicago position on the Fed.

In the midst of an economic crisis that ought to be causing people to rethink much of what they thought they knew about the economy (e.g., the Fed is a great stabilizing agent!), Bob Murphy has written an accessible and persuasive Austrian account of an essential period of American history that most people know only in propaganda form. He deserves to be richly rewarded. Read this book and promote it wherever you can.

Thomas E. Woods, Jr. (visit his website here…) is a resident scholar at the Mises Institute. He is the author of Meltdown: A Free-Market Look at Why the Stock Market Collapsed, the Economy Tanked, and Government Bailouts Will Make Things Worse.