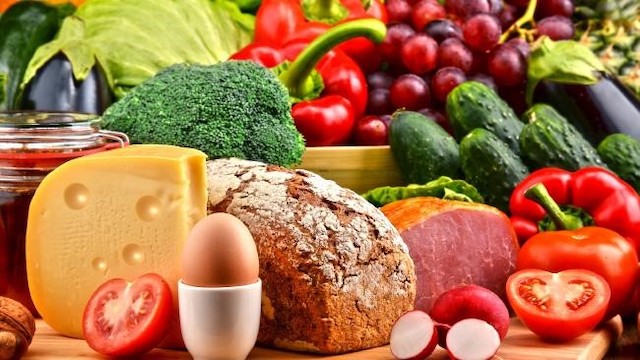 Wherever talking heads are gathered in The Bahamas someone mentions how wonderful Cuba is.

Stories abound of how great Cuba’s health care and educational systems are, and recently the myth of Cuba’s food security is taking root.

According to some of the literati on Bahamian radio and television, Cuba’s so called success in feeding her people is a measure of this country’s failure. Bahamian’s do not farm so by inference the country is worse off than Cuba.

But don’t take The Nassau Institute’s word for it.

As far back as 2006 Alfonso Serrano of CBS news reported that:

“There are open-air markets all over Cuba with mostly home grown products. But the truth is that Cuba doesn’t come close to producing enough food for its people, reports CBS News correspondent Russ Mitchell. Up to thirty percent of the food Cuba imports comes from the United States — that’s more than from any other country.”

The CBS report goes on to note that Cuba imports food from the United States alone totalling $100’s of millions or billions of dollars”.

In March this year (2009), the Cuba Archive, a project of the Free Society Project, Inc., reported to the United Nations Council on Human Rights that:

“The Cuban state owns and exercises full control over the production and distribution of all agricultural products and requires citizens to obtain food through a ration book lacking sufficient calories for basic sustenance. This rationing system, a fact of life for 46 years, allows each person monthly only 6 eggs, ¼ lb. (1/8 kilo) of sausage, one chicken quarter (6 oz..), 4 oz. of coffee and 5 lbs. (2 kilos) of rice among the  meager assortment lacking most basic staples of the average diet. Milk is only dispensed to children under 7, allowed one liter of milk daily. Only members of the ruling elite are exempt from this system, enjoying privileged access to all sorts of food and consumption goods.”

They go on to tell us that:

“Cuba likes to blame the U.S. embargo for everything that is wrong in Cuba. But, since the U.S. Congress passed the Trade Sanctions Reform and Export Enhancement Act (TSRA) in 2000, U.S. agricultural exports are exempt from the embargo if paid for in cash. U.S. food exports to Cuba have since expanded rapidly and currently total around US$1 billion. Cuba, of course, may also buy food anywhere else in the world. Cuba’s food shortages are a function of an inefficient system of central planning and the regime’s unwillingness allow the population its intrinsic rights and liberalize the economy. The Constitution and laws deprive the citizens of the right to grow, distribute, and sell their own food by forbidding private property, including of land for farming, and even the smallest of businesses to distribute or sell food.”

It is most unfortunate that some of the local literati wish to promote the notion that Cuba is self sufficient in food production when the facts belie their emotional rhetoric.

While some Bahamians are sympathetic with the Cuban regime, it is important that our society is not misled by ideas of a non-existent Utopian dream.