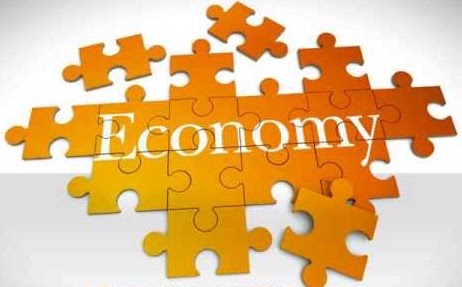 First published in the Pittsburgh Tribune Review on July 14, 2010, and is reprinted here with the kind permission of the author, Professor Don Boudreaux.

In my previous two columns ( here… and here… )I compared the economy to a 1 billion-piece jigsaw puzzle with a twist. The twist is that any piece of this puzzle can fit snugly, at almost any angle, with any other piece. So this puzzle can be assembled in an unimaginably large number of different ways. But there’s no guarantee that the picture that appears when the puzzle is fully assembled will be meaningful.

In fact, if the puzzle is assembled randomly — without any guiding logic — the resulting picture will almost certainly be ugly visual gibberish. It’ll be a worthless outcome. Plenty of hard work put into assembling the puzzle will prove to have been for naught.

Such a huge puzzle can’t possibly be assembled into a meaningful picture by a central planner. The task of assessing the progress of the whole, and of attending to the details of the countless different ways that each piece might be fitted with other pieces, is far too overwhelming for any one human (or committee of humans) to handle.

But suppose that each piece is equipped with a monitor that beeps whenever that piece connects with another piece in a way that is productive — that is, in a way that contributes toward making the final outcome a beautiful picture. And suppose that the more important is any particular connection of two pieces toward producing a beautiful overall outcome, the louder is the beep.

Now, finally, imagine each of these billion puzzle pieces having a mind of its own, as well the ability to move. Each piece loves hearing these beeps — and the louder the beep, the happier the piece.

This puzzle — strange as it is — will assemble itself into a configuration that results in a meaningful and beautiful picture. It will self-assemble in this way without any of the individual pieces intending to contribute to this outcome.

As long as the loudness of the beeps corresponds to ways of connecting that result in a meaningful, beautiful picture, such a picture will be produced without any person (or any puzzle piece) intending to produce it.

This puzzle will “self-organize” into a beautiful whole that is far greater than the sum of the intentions of the individual pieces.

Of course, no real-world jigsaw puzzle has pieces that move on their own in search of beeping sounds.

But carry this puzzle analogy over to the real-world economy. Each owner of private property has incentives to use his or her property in ways that produce the greatest return — the “loudest beeps,” if you will.

The landowner can connect with tractor manufacturers and farm workers to grow corn, or with architects and construction workers to erect a building on the land. The option he will choose is the one that screams most loudly to him “Choose me! I’ll make the greatest contribution to your wealth!”

Likewise for the individual worker, who might own only his own labor services. He will combine that labor with the labor and assets of those other private-property owners who promise him the largest return on his work effort.

With each private-property owner seeking only the highest returns on the use of his or her property, an overall economic order is brought about. This order — this outcome — is intended by no one.

And because this unintended outcome emerges from the self-interested actions of owners of private property, each of these owners is made better off. No one is forced to do business with those whom he’d prefer to avoid, and — being free to take advantage of any and all existing opportunities — each person chooses those opportunities that improve his lot in life by the greatest degree.

The signals received by private-property owners come chiefly in the form of prices. A worker offered $30 per hour for his labor time by factory A and $25 per hour by factory B will likely choose to work for factory A.

Responding to prices in this way doesn’t produce heaven on earth. But it does encourage millions of people to interact peacefully with each other in ways that are mutually beneficial.

And that’s a beautiful picture.