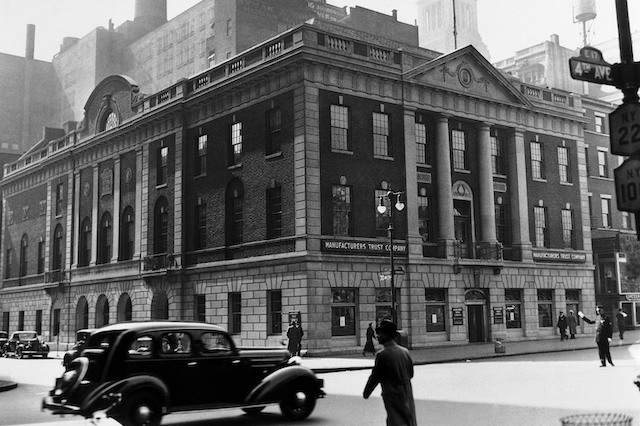 Originally published at the Foundation for Economic Freedom (FEE) and is reprinted here with the kind permission of the author.

Conventional wisdom, which often is mostly convention and very little wisdom, confidently instructs us that rapacious capitalists dominated and victimized American society in the latter half of the nineteenth century. The white knight of government then rode to the rescue of hapless workers and consumers. The message: business bad, government good.

Honest, objective historians of the so called”robber baron” era, such as Gabriel Kolko and Burton Folsom, know that the capitalist bogeyman perspective is simplistic and overwrought. Even a bad apple or two does not a rotten barrel make. But while recently reading a forgotten little gem of a book, I came to appreciate a fact that is vastly understated in the literature, even by defenders of the market: government of the day was hardly a model of virtue. The critics zero in on a few abuses to indict private enterprise in general. But if they were consistent, they’d draw up a similar, sweeping indictment of the public sector too.

The book to which I refer is Plunkitt of Tammany Hall. The first of many editions appeared in 1905 with a rather lengthy subtitle:”A Series of Very Plain Talks On Very Practical Politics, Delivered by Ex-Senator George Washington Plunkitt, The Tammany Philosopher, From His Rostrum—The New York County Court House Bootblack Stand,” dutifully recorded and compiled by William L. Riordan of the New York Evening Post.

Plunkitt’s motto, repeated several times in this slim volume, would undoubtedly be well-known to generations of American high-schoolers if a captain of industry had ever said it: “I seen my opportunities and I took ‘em!” Plunkitt was no captain of industry. Indeed, he never did much of anything in the private sector except work briefly at a butcher shop after he quit school at the age of 11. He decided as a teenager to make politics his life’s work, and he never looked back. His vehicle was Tammany Hall, a vast political machine that maintained a formidable hold on power through a patronage-fed bureaucracy in the nation’s largest city, New York. Plunkitt was a district leader within the organization, and used its considerable connections to crawl his way up the political ladder—as did thousands of others over three-quarters of a century, including Richard Croker, John Kelly, and perhaps the best-known of all the Democratic Party bigwigs of Tammany Hall, the infamous William Marcy “Boss” Tweed.

If anything of the day deserved to be labeled a Frankenstein monster, it was Tammany— frightening in its reach and corrupt to the core. It was a patronage juggernaut, at one time filling 12,000 municipal positions with its hand-picked, often incompetent, but always politically correct loyalists. It milked the taxpayers like cows, took care of its own, and turned out the votes of its followers, living and dead, on election day. For decades, it thwarted reform efforts by buying the reformers. It did more than just rig the system; it was the system.

Plunkitt himself became a millionaire at the game, and was proud of it. When he delivered his series of talks recorded by Riordan, he crowed about how he made his money through “honest graft”—by which he meant being in the right place at the right time with the right inside information. Knowing, for example, that the city planned to announce a site for a new park, Plunkitt would buy up the land in the area. Then he would later sell it to the city at inflated prices. Or he would bid on city property and arrange to get it at dirt-cheap prices because he’d offer jobs or money to the other bidders to drop out. Outright stealing from the city treasury, which Plunkitt regarded as “dishonest graft,” wasn’t necessary because political pull could earn you all the cash you could imagine.

Politics doesn’t require a person to be book-smart, well-spoken, or even possess good business sense, according to Plunkitt. It just requires that you know how to pick and reward your friends. Here’s his advice for getting started in the trade: Get a followin’, if it’s only one man, and then go to the district leader and say:”I want to join the organization. I’ve got one man who’ll follow me through thick and thin.” The leader won’t laugh at your one-man followin’. He’ll shake your hand warmly, offer to propose you for membership in his club, take you down to the corner for a drink and ask you to call again. But go to him and say: “I took first prize at college in Aristotle; I can recite all Shakespeare forwards and backwards; there ain’t nothin’ in science that ain’t as familiar to me as blockades on the elevated roads and I’m the real thing in the way of silver-tongued orators.” What will he answer? He’ll probably say: “I guess you are not to be blamed for your misfortunes, but we have no use for you here.”

Padding the city payroll with your friends? Tammany made an art form of it. When civil-service reform later cut into the number of jobs the Democratic machine could fill, Plunkitt decried the result with a straight face: “Just think! Fifty-five Republicans and mugwumps holdin’ $3,000 and $4,000 and $5,000 jobs in the tax department when 1,555 good Tammany men are ready and willin’ to take their places! It’s an outrage!” To Plunkitt, taking from some and giving to others was a key ingredient in the recipe for re-election. He saw nothing at all wrong with it, morally or otherwise. Using the political machine to bestow benefits and buy votes came quite naturally to him. “It’s philanthropy, but it’s politics too—mighty good politics,” he said. Referring to the assistance he passed out to victims of a fire in the city, he declared, “Who can tell how many votes one of these fires bring me? The poor are the most grateful people in the world, and, let me tell you, they have more friends in their neighborhoods than the rich have in theirs.” Plunkitt and his associates had quite a nice little welfare state going—the usual kind, in which the politicians get well and everybody else pays the fare.

Tammany Hall was not the only big-city political machine in the country in those days, but it was undoubtedly the biggest. It bilked citizens of millions of dollars and used its political power to secure its place and put everybody else in theirs. Strange, isn’t it?, that in almost all the literature critical of this era of American life, the sachems of Tammany Hall are never listed among the so-called “robber barons” of the day.