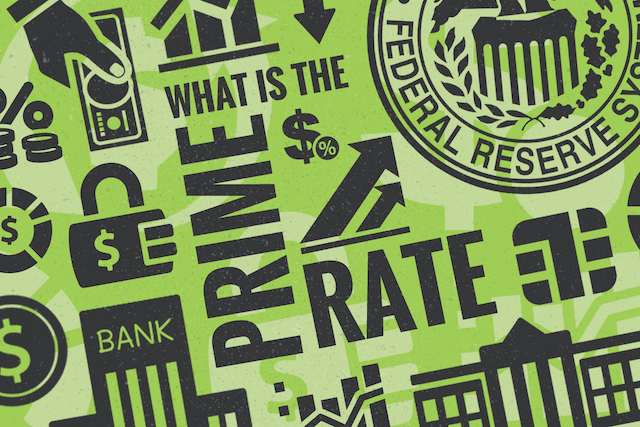 Former banker, Mr. Al Jarrett and other Keynesian’s have been lobbying for this for some time on the assumption that it will save people lots of money and generate economic growth.

According to The Nassau Guardian, June 7, 2011 Mr. Jarrett said “the move should help many Bahamians to save their homes and assets, with some additional breathing room to service their loans.”

A lower prime rate is not a bad thing as it reduces the cost of borrowing, but does little to help most people as shown below.

What impact would this have on a mortgage?

The lower interest rate only allows people to keep a little bit more of their money, it’s not enough to save a house or a car from foreclosure as indicated.

The former Chamber of Commerce President, Mr. Dionisio D’Aguilar suggested in The Tribune Business, June 7, 2011 that the reduction would release some $60-$70 million back into the economy.

In the aggregate, it would appear the “release” of a large sum of money would generate spending but this overlooks what each individual would do with their money. Some might spend it, others might save it, while some might use it to reduce the principle on their loan/mortgage. These funds are not to be confused with new money entering the economy like Foreign Direct Investment for example.

And then there are the savers and retirees living on a fixed income who, as a result of less interest will have less money to spend. Nor does it account for those businesses, that rely on interest income in these tough economic times to assist with cash flow issues.

One positive aspect is the interest rate reduction will mean lower interest payments by the public treasury on the national debt denominated in Bahamian Dollars. However, there is no indication this will be passed on to taxpayers in the form of tax cuts, but it will give the government some badly needed cash flow.

an “Austrian” economist on the effects of lowering the Prime Rate by 0.75%. Dr. Richard Ebeling, Professor of Economics at Northwood University, Midland, Michigan, – a recent guest of the Nassau Institute simplified understanding of the action as follows:

“Since this reduction in the rate of interest is being made possible by the Central Bank increasing funds available for banks to lend, the lowered interest rates are the result of a monetary expansion. This, inescapably, runs the risk of price inflation in the future, which reduces the real value of everyone’s income and wealth — which is not conducive to longer-run, sustainable growth and prosperity.

“When the Central Bank’s own monetary policy generates possible future price inflation, that Central Bank will then have to rein in its own monetary expansion to counter-attack the inflation it will have caused. Interest rates will go up, and a portion of the investments in homes and investments may very well be found to have been unprofitable mistakes that will end up harming the very people the “low interest rate policy” was initially meant to help.

“Such short-run policies always run the risk of serious longer-run negative consequences. Which is why the wisest policy for a central bank is to not focus on what seems to be the short-run politically expedient policy. Rather, they should take the long run policy perspective of not increasing the money supply, and letting market supply and demand determine what the rate of interest should be.”

Dr. Ebeling recently conducted two days of classes for Bahamian students on the Economics of Liberty from an “Austrian” perspective. His lectures stimulated new ideas about the benefits of free markets as they encourage economic growth and improvements to living standards for all.

In other words, a short term goal of a cut of 75 basis points in the prime rate might have no impact on economic growth or it could cause inflation. Unintended consequences, but the reality of expedient monetary policy.

The government should take the longer view and curtail spending, lower taxes, stop piling on regulations and wait for the uneasiness of the entrepreneurial class to fade so the economy can grow as a result of wealth creation as opposed to wealth redistribution.