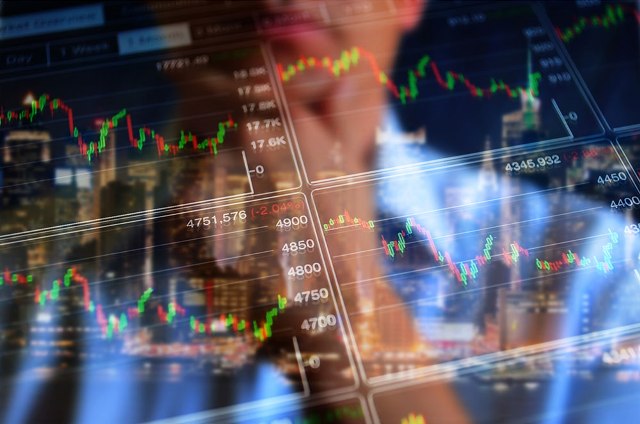 Suddenly, Bahamians are becoming more aware of the vast universe of investments percolating in securities markets beyond our shores. Under the newly relaxed rules of the benevolent Central Bank, citizens holding nothing but Bahamian dollars can now invest offshore, without  paying the  previously prohibitive  exchange premiums—originally 25%, then 12%, now reduced to an appealing 5%. True, the Bank won’t  allow the cheaper money to be used to buy  a luxury foreign home or yacht,  but for marketable traded securities handled through one of our authorized financial institutions,  the investing path becomes ever easier.

Cornertrader — Recent  publicity  of the good news came from an unexpected source: one of our many Swiss-owned offshore banks, traditionally tight-lipped as a clam about their business and clientele. But Corner Bank (Overseas) Limited, licensed here since 1996, broke the mold. Subsidiary of the Lugano-based Corner Bank, run by three generations of the Cornaro family, the local management last week hosted a reception launching its “Cornertrader” platform for direct investing in a wide variety of international securities. As CEO Christine Russell emphasized in preliminary remarks, for many years Bahamians have been able with a “click of a mouse” to buy thousands of products sold through Amazon,  but not Amazon’s own shares actively traded in New York. The reception marked the presence of  Central Bank Governor John Rolle as the key regulator who authorized  Cornertrader, and I chatted with former Governor James Smith  amiably observing the proceedings.

Ms. Russell  and her technicians demonstrated the Cornertrader  platform—a multicolor informative screen available on any Internet-linked computer, showing charts detailing a wide variety of available equities and bonds in several markets and currencies. Current trading prices are given, plus a selection of financial news. Once a client visits the Corner Bank office on East Bay Street to complete the usual account-opening process and deposit the required minimum $20,000, Corner will handle the other formalities with our Central Bank and foreign securities dealers, including conversion of a Bahamian Dollar deposit into easily investible US Dollars. The  client can then return to home or office computer, log in,  and start tapping out investment instructions  for immediate  execution. A demo card shows how to practice with a trial portfolio.

Corner Bank is certainly the first local financial firm to make this  technique publicly available within The Bahamas,  to expatriate individuals and companies who already hold foreign currency, as well as  to Bahamian citizens who have been  limited to B-Dollar accounts. It should soon become popular with expats  experienced in making  their own investment decisions—and also with affluent Bahamians who have achieved sophistication in this field and appreciate quick, independent executions.  For every-day citizens, particularly those younger ones who are eager to learn and practice the nuts and bolts of trading with personal accountability,  tutorials about the Cornertrader  system may  be required.  Corner Bank appears to be already up-grading its local presence with staff for this education and also for diligent marketing among a populace only beginning to become aware of international investments.

Global Invest – A week later, local securities dealer Royal Fidelity hosted about 100 attentive present or potential clients to explain its very different  scheme for international investing, also approved by our Central Bank.  They first  heard an analysis of current conditions in world markets from an expert at well-known New York firm Morgan Stanley, together with his forecast  of future trends and favored investment categories,  and then a description by Nassau executive Dave Slatter of the five different  strategies offered under the Global Invest program. These are an outgrowth of several mutual funds already managed by Royal Fidelity, now totaling nearly US$50 million converted from clients’ B-Dollar deposits.

The strategies range from “Wealth Conservation”, with a high percentage of safe fixed-income holdings and  a low portion of  equities, to “Opportunistic Growth” with just the opposite ratio. Clients select their own strategies  and leave  to the manager the specific  choice of shares, bonds, and ETFs (exchange-traded funds) of various currencies, all of them liquid securities actively traded by international brokers. As a result, investment returns have been  solid but not spectacular ranging from annual 2.07% to 5.40% depending on  the strategy  chosen, and in each case beating the relevant benchmark figure. These returns should be attractive  to Bahamians with some money tucked away for retirement who are seeking respectable growth rather than eye-popping  gains (or losses).

As a nation, we are fortunate that our foreign-currency reserves have grown to the level of about $1.5 billion, so that the Central Bank can permit, and even encourage, two competing investment schemes  like Cornertrade and Global Invest. The former will appeal to more aggressive traders who want the freedom to make their own i decisions, while the latter will satisfy investors with less immediate  objectives willing to assign the  time and effort to proven professionals.  Both can be successful.

Beneficial as these investment programs will be for Bahamians seeking to widen their investment horizons, they do nothing to help our domestic  capital market. Their publicity underlines the comparatively minuscule capitalization of BISX-listed equities at  about four billion dollars, while easily available international securities range well into the trillions. For years BISX shares have been stuck at about twenty companies whose illiquidity often requires weeks to trade, while in the US or Europe innumerable opportunities are available “at the click of a mouse”. Unfortunately, BISX  simply cannot compete.

Its failure to satisfy the appetite of modern Bahamian investors leads to the more serious failure of inability to provide capital for our  economic growth, which largely depends on inflow of foreign funds. There is no easy answer to this deficiency, as it grows  from long- standing habits  ingrained in our wealthy community and our continued inability to organize new avenues to mobilize  existing wealth into more productive channels. BISX and its customers could benefit from many new listings from strong old-line  companies like Kelly’s, John Bull, Super Value, Asa Pritchard, Marathon Mall, A.I.D and Lowe’s Pharmacies, but the ultra-conservative owners of these  concerns  have few plans for major expansion or diversification, and thus little incentive  to raise capital with share issues.

We hear a great deal about the entrepreneurial growth of small and medium enterprises and their need for equity resources , but to date neither BISX nor our banks, securities firms, nor pension funds have created any formal structures to accomplish this, despite much talk about “crowd-funding”, mini-markets, and second-tier listings similar to those on the Jamaica Stock Exchange—none of which have been initiated

One  hopeful sign of new  investment opportunities  is Sir Franklyn Wilson’s recent announcement  that his Jack’s Bay resort development will float  a public  share issue, not because he needs the money but as a gesture to kick-start Bahamians’ investment in tourism projects,  which they have long shunned.  Another is the eventual public offering  of Government’s 51% stake in ALIV for an estimated  $70 million. And it is strongly rumored that the proposed new tourism port in downtown Nassau will be financed in part by public  share offerings.  Bahamians could well be open to investing in a profitable, well-regulated gaming house like Island Luck.

These and  a few other high-grade public offerings could rejuvenate BISX and spark public interest in local investing. It’s surprising that we rarely hear any policy statements from Central Bank Governor or Ministers of Finance and Trade & Industry about beefing up our domestic capital markets, by tax adjustments and other basic financial policies. These officials seem almost unaware that BISX exists, just waiting for vigorous Cabinet support, even simple jaw-boning encouragement to our old-line holders of wealth.

Perhaps the publicity about the externally-oriented Cornertrade and Global Invest will  now encourage our leaders to focus on our internal financial structure.