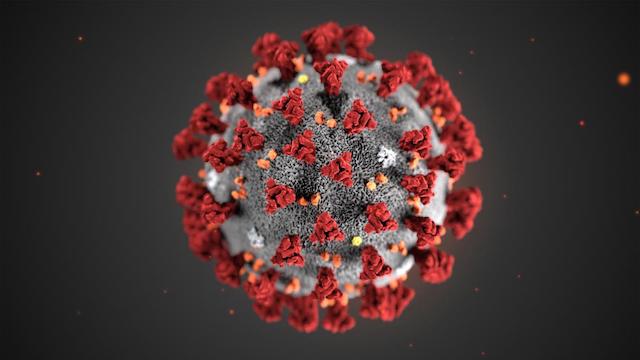 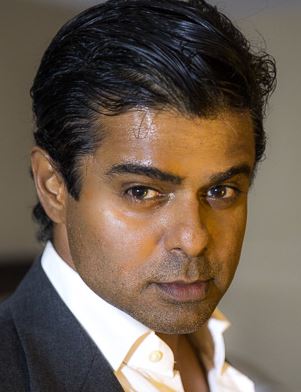 One Dollar COVID-19 Quick Result Antigen Test Strips for Home and Work Use Will Permanently End The Need for Lockdowns in the Bahamas.

COVID19 could be eliminated in the Bahamas in two weeks if everyone was tested at the same time
The response to the COVID-19 pandemic has created a public health and economic crisis leading to psychological suffering and economic pain for all Bahamians. The key to stopping the spread of the SARS-CoV-2 virus– the cause of the COVID-19 disease in humans – is mass testing of every Bahamian to identify those who are contagious and quarantining them until they are no longer contagious. The motto is: test for the virus, isolate infected individuals, repeat.

The Bahamas government is using the Communist China model of mass lockdowns of the healthy as a substitute for its lack of mass testing
When too many individuals get infected, and hospital resources are in danger of being overwhelmed, the government’s response has been draconian social and economic lockdowns of both the unhealthy and the healthy. Both the unhealthy and healthy are locked up as without mass testing, the Bahamas government cannot distinguish between the two: everyone is presumed guilty. If only we tested all individuals, we would never need mass lockdowns, as we would only have to quarantine the infected. Nation-wide testing will end the need for nation-wide lockdowns.

The Bahamas government uses expensive, slow to get results, non-scaleable PCR tests for COVID19 testing that people cannot do daily on their own
Why don’t nations engage in systematic population testing as selective testing alternating with lockdowns doesn’t work? One reason is the test mandated by government health agencies: the Polymerase chain reaction (PCR). The Polymerase chain reaction (PCR) test is known as the “gold standard” of testing. It can detect SARS-CoV-2 particles in microscopic amounts: a PCR test can usually detect a single molecule of RNA in a microlitre of solution. Unfortunately, PCR tests fail for nation-wide testing for three reasons: PCR tests can take from a day to weeks to get test results when what is needed is a test that can give quickly. PCR tests require specialized and expensive lab equipment that requires specially trained personnel to administer and interpret the test. PCR tests cost from $100 to $300, making frequent testing prohibitively expensive; when what Bahamians need is a cheap test that people can afford to take daily.

Bahamians need a cheap COVID-19 test that they can take on their own that give immediate results, like a home pregnancy test.
What is needed is a COVID-19 test that is easy to administer, like a home pregnancy test. Such a test should be sensitive enough to detect when people have a high viral load — when they are most contagious. It should be affordable enough to be used frequently, i.e., daily. It needs to give immediate results that are easy to interpret, like a pregnancy test.

Multiple U.S. Biotech firms can make such antigen test strips for less than a dollar per test
What I have described sounds like a miracle, doesn’t it? Except that it is not a miracle. Multiple companies – including 3M, E25Bio, Sherlock, and Abbott – have developed such COVID-19 antigen test strips, and they work perfectly for screening purposes. These firms can manufacture them quickly in the billions, and their retail cost is less than $1 per strip test.

Cheap antigen test strips are a decentralized market solution to the failure of government central planned selective testing that results in a mass lockdown cycle
How do these antigen strip tests work? Where the PCR tests look for viral particles and antibody tests look for antibodies in those who have recovered from the virus, antigen tests look for antigens your immune system creates when your body responds to a COVID-19 infection. They can be easily used, at home or work, and don’t require a blood test, but only require a nasal or saliva sample. These little pieces of strips of paper change color when they detect antigens to the virus. Like a home pregnancy strip, $1 home antigen tests are not as sensitive as a $300 lab test, but they are more than good enough to catch the vast majority of cases that are being missed. They sacrifice a little sensitivity for massive scalability and are the best option as a home and work screening tool: catching people who otherwise would go untested. They are an inexpensive and elegant free-market capitalist solution to the population testing problem.

Government regulations block the use of test strips in the U.S.
So why aren’t these inexpensive test strips available to the general public for screening purposes? In the U.S., government bureaucrats at the FDA are using the police power of the state to prevent $1 test strip producers from selling them for consumer use. Comments Michael Mina, of the Harvard T.H Chan School of Public Health on this regulatory problem:

“I’m usually not against regulation, but it’s just gotten so extreme here, and it’s truly been hindering every step of the way our ability to test our way out of this virus since February…We could reduce maybe by 90-95% transmission in this country in the next few weeks if everyone could have one of these tests tomorrow.”

A COVID-19 test with 70%-80% sensitivity is better than no home test at all
One of the regulations stopping the use of over the counter (OTC) tests must be at least 90% sensitive (antigen tests are typically 70-90% sensitive). The government regulator’s argument against lower sensitivity tests completely misses the point. A home test with low sensitivity is better than no home test. Even if the test only catches 50% of the people not caught before, it is an improvement over no test. Right now, the best Bahamians can do at home or work is to take their temperature with a thermometer – which essentially is no test at all. In cases where greater accuracy is required, people can still opt for a PCR test: the two – antigen test strips and PCR tests – are not mutually exclusive alternatives. Dr. Mina and economist Laurence Kotlikoff in a New York Times editorial describe some of the ways these tests may be used:

“Once they are provided to all, employers would likely require their workers to take time-dated pictures of their negative test results before coming to work. Colleges would require students to do the same before coming to class. Restaurants could accept reservations only if accompanied by negative-test pictures. In short, everyone will have an incentive to test themselves daily to participate fully in the economy and return to normal life.”

Low Cost $5 Antigen Tests are FDA Approved, But Not For “Over-The-Counter” OTC Personal Use!
In August 2020, the U.S. government approved a $5 COVID-19 antigen card test, the BinaxNOW™ COVID-19 Ag Card rapid test, which is over 90% sensitive. Unfortunately, the U.S. government dictated that one needs a prescription for its use and can only be used by those who have symptoms. That the government mandates that only “healthcare professionals” administer the test and that it requires a “patient prescription” makes no sense. It makes a $5 test into a $5 test plus the cost of a prescription. Neither does it make sense to prohibit testing for those without symptoms. Such laws effectively outlaw mass-scale in-home or at work screening, unless you wish to keep a doctor or medical professional on call.

The Bahamas government should legalize the import and sale of cheap antigen test strips for home use in the Bahamas
Only mass-scale testing will put an end to the need for mass-scale lockdowns permanently. Such testing, in conjunction with other public health measures, will put a severe dent to the spread of the COVID-19 virus, ending the need for mass lockdowns in the Bahamas permanently. These cheap antigen strip tests are available now from companies like 3M, E25Bio, Sherlock, and Abbott. We have nothing to lose but our lockdown chains by using them. Though the U.S. government has prohibited these cheap antigen test strips, there is no reason the Bahamas government must do so. The Bahamas government should repeal all laws banning the import, sale, export, and use of cheap COVID-19 antigen strip tests for over-the-counter (OTC) use. They should allow the unrestricted Tax/VAT/Duty-free import and sale of these tests, and take those measures necessary for Bahamians to get access to these test strips. Laissez-faire COVID-19 home testing!

– This article is an abbreviated version of a fully referenced in-depth ten-page article that first appeared in Capitalism Magazine.

Mark Da Cunha is a photographer and writer who lives in the Bahamas.