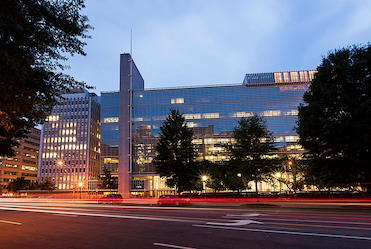 Instead of improving the Bank’s flagship publication, the frequent changes to its methodology made it increasingly less transparent – to the point of being useless.

The decade-long fight over the World Bank’s Doing Business project and the report’s recent demise are a reminder that the perfect can become the enemy of the good. Instead of improving the Bank’s flagship publication, the frequent well-intentioned changes to its methodology made it increasingly less transparent and more prone to manipulation – to the point of being useless.

The announcement that Doing Business was being discontinued came after the Bank’s investigation of improprieties of officials, including the World Bank Group’s then-president Jim Yong Kim, and its former CEO, Kristalina Georgieva, currently managing director of the International Monetary Fund. Both are alleged to have pressured the report’s authors in 2017 to award higher scores to China than it would otherwise deserve. Similar ‘tweaks’ were made later to improve the scores of Saudi Arabia and the United Arab Emirates.

Good riddance, some say. In hindsight, “the index itself should never have been invested with so much meaning,” argues Mihir Swarup Sharma of Bloomberg Opinion, adding a reminder of how a 30-place boost to India’s rankings, driven entirely by changes in methodology between 2016 and 2017, was used as a talking point by India’s prime minister Narendra Modi.

Yet, the jubilation at the survey’s end is as misplaced as the efforts to place the blame on the doorstep of the supposed ‘neoliberal’ Zeitgeist that had led to its creation. Set up in 2003, Doing Business was an important contribution to our understanding of barriers to economic development and poverty reduction around the world, grounded in rock-solid research about the importance of legal systems and institutions in driving entrepreneurship, innovation, and economic dynamism.

The World Bank may be the only organization with the capacity to conduct a global survey of companies about the legal and regulatory barriers and costs to their activities, which the Doing Business team cross-checked against collected information about the actual content of legislation in place. The result was not just a ranking of countries, typically with the likes of Singapore, New Zealand, and Hong Kong at the top, but also detailed information about the comparative cost and length of procedures such a starting a business (half a day in New Zealand, versus 230 days in Venezuela, according to the most recent edition), bankruptcy, obtaining construction permits, or getting hooked to the electrical grid.

The crudeness and the approximative nature of such metrics, which irked some legal experts, was the point. Better to have noisy, imperfect measures of costs of legal procedures and regulation, which are comparable across countries, than to get lost in the nuances of different legal codes – and to miss the forest for the trees.

The goal of this exercise, after all, was not just intellectual – it was to improve public policy. On that front, the product delivered. Take Mauritius, ranked 13th in the world on the most recent edition of Doing Business. Following two decades of reforms and strong economic growth, it enjoys a real per capita income of over $22,000 (comparable to Bulgaria), while its corruption levels are lower than Greece’s or Slovakia’s, according to Transparency International’s Corruption Perception Index.

As political scientists Hilary Appel and Mitchell A. Orenstein explain, data resources such as Doing Business were also instrumental in post-communist Eastern Europe, which saw the deepest economic liberalization undertaken in the world at that time. As the economies of the region were opening up to the world simultaneously, they were chasing mobile capital to kickstart their growth.

This process of institutional and tax competition worked – the resulting inflows of foreign investment to the region were larger than anywhere else in the world. In fact, the most recent arrivals in the IMF’s category of advanced economies are dominated by post-communist countries that were at the forefront of such reforms: the Czech Republic, Slovakia, Lithuania, Latvia, Estonia, and Slovenia.

The main culprit behind Doing Business’ untimely end is neither the original idea behind the project nor even the Bank leadership’s eagerness to please the CCP and other autocrats. Rather, the root of the failure lies with the oftentimes well-meaning efforts to turn the project away from simple, objectively measurable indicators towards ever more complicated and nuanced ones, immune to accusations of a supposed ‘deregulation bias.’ Already in 2012, president Kim convened an expert panel and a public consultation to revise the project’s methodology – a conversation that ended up being dominated by activist groups critical of the project’s very existence.

The subsequent changes to the methodology gave much greater weight to expert assessments and, on some metrics, started penalizing economies with lighter regulatory burdens. Instead of simply averaging countries’ scores, the new version of the project purported to measure the ‘distance’ between existing legal and regulatory frameworks and international ‘best practice.’ As a result, Doing Business scores became more difficult to interpret, less transparent – and largely useless for comparisons over time. That led not only to an obfuscation of the objective, easily understandable metrics that had made the survey such a success in the first place but also invited precisely the kind of hidden manipulation that was uncovered in the Bank’s most recent investigation.

The idea that since its inception, Doing Business embodied “naive optimism, expressed perfectly in the notion that capital could calculate where it would earn a suitable risk-return profile simply by looking at a table” is a strawman. The project’s limitations were always obvious – but so were the benefits of the data it collected. It is those future benefits, including poverty reduction and increased economic dynamism in countries that are seeking to improve their business environments, that have now been irretrievably lost.

Dalibor Rohac is a senior fellow at the American Enterprise Institute in Washington DC.