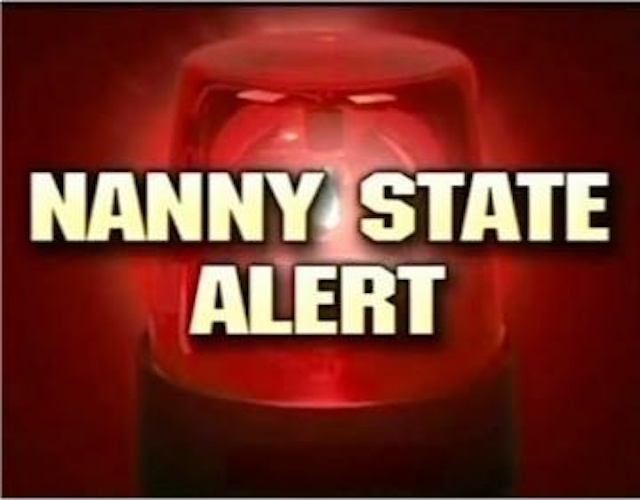 Everyone knows that freedom is an essential requirement of human survival and happiness. Correct? Apparently not.

Recently I was listening to a morning radio show where people on the street were polled about a new proposal for forcing restaurants to calculate and print calorie counts of their meals on menus, supposedly to help customers make healthier choices and to prevent obesity. (I failed to catch who was behind this initiative).

Without an exception, everyone interviewed thought it was a great idea, because it would contribute to the “common good” of making people less fat and thus supposedly healthier. Since the goal was perceived as noble, these people apparently thought that it was OK not to ask restaurant owners whether they wanted to do this, to turn the proposal into a law, and to make restaurant patrons bear the extra cost of meals (and to burden tax payers with the extra cost of bureaucracy and enforcement caused by the proposed law).

Why is freedom a value? And why even seemingly small erosions of it—such as mandatory calorie counts on restaurant menus—are bad? Freedom is crucial to our survival. As human beings, we survive and thrive through one primary means: using reason to think and acting on our rational conclusions.

Consider the following scenario. A restaurant owner scopes out a suitable location, designs an attractive space, hires competent staff, and develops a delicious menu that offers a good value to customers. All of this requires using reason to think and to act and leads to a thriving restaurant business. When government imposes calorie counts on menus, the restaurant owner’s freedom to use reason to make his business thrive is restricted. The government-imposed extra cost delimits his ability to make investments of his own choice or compels him to increase prices, making his restaurant less competitive.

If our freedom to think and act rationally is curtailed, we cannot achieve the values that our survival and happiness requires, whether a successful restaurant or anything else.

There seems to be three primary reasons for people’s nonchalant embrace of forceful limits to freedom: 1) the failure to see indirect, non-violent threats to freedom as such, 2) the underlying assumption that we should be willing to sacrifice for others, for the sake of “common good,” and 3) the widespread acceptance of government as a benevolent nanny who can dictate how people should act (presumably for the sake of everyone’s good).

Undoubtedly, the people interviewed on the radio show would have objected to a proposal of chaining restaurateurs to their kitchen walls and forcing them to cook government-dictated meals at gunpoint. That kind of restriction of freedom is direct, violent, and palpable, and everyone sees it for what it is: enslavement.

But they fail to understand the principle of freedom—that our survival and happiness requires not just the absence of physical enslavement but also the absence of indirect, non-violent uses of physical force that governments (and criminals) can impose on us.

Similarly, most people accept altruism—self-sacrifice for others (or for the undefinable and unachievable “common good”)—as noble because they fail to see it as a principle and therefore as destructive to our survival and flourishing.

If altruism is accepted as a principle, it requires consistent, systematic self-sacrifice for the sake of others. It is a deadly and anti-human moral code, and therefore even small concessions to it—mandatory self-sacrifices—are hazardous. (Voluntarily helping others is not altruistic of course).

The failure to see freedom as a principle and as an important requirement of survival and happiness—and the similar failure to understand the principle of altruism and its destructiveness—make people embrace the nanny state as the benevolent coordinator of our altruistic efforts. Therefore, nobody interviewed for the radio show objected to the idea of forcing restaurant owners to provide calorie counts on their menus. By the same logic, these people would have to support government dictated menus in restaurants, and ultimately, chefs chained to kitchen walls.

We should guard freedom vigilantly against the encroachment of the nanny state—if we value our survival and happiness. The only way to do it is to embrace freedom and reject altruism—and to do so on principle.

Whoever claims the right to redistribute the wealth produced by others is claiming the right to treat human beings as chattel.Ayn Rand … (next quote)
%d bloggers like this: