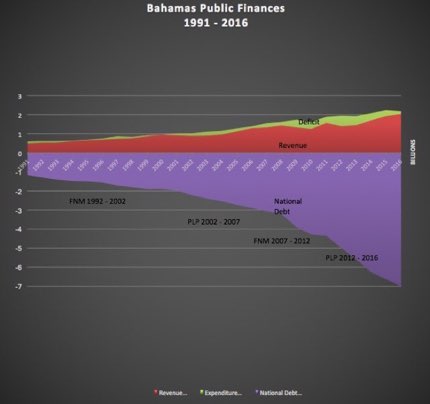 In an email exchange in 2003 between Dr. Alvin Rabushka and directors of the Nassau Institute, it was noted:

“There is one way in which Bahamian government debt enters into the issue of competitiveness. The debt has to be serviced and amortized, which means that taxes must be imposed. Higher debt requires higher taxes. Lower debt permits lower taxes (all other things being equal). Accordingly, the accumulation of a large domestic debt means that over $100 million in taxes must be collected each year to service public debt, and this figure rises every year, rain or shine. Less debt, better still no debt at all, would free up that money for more productive investment. I’m not sure that $100 million in a $5 billion economy would dramatically lowers costs and prices, but it would make the country a more attractive place to do business.” Alvin Rabushka

In 2003 the country’s debt load was $2.4 Billion. Fourteen years later, the debt is $7.1 Billion and the annual debt servicing has increased exponentially. This varies as expiring debt is renegotiated, but after four downgrades, the interest costs are expected to rise again. 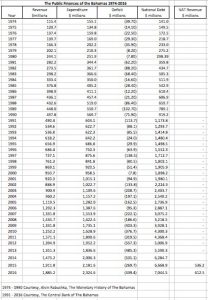 These are all foreboding signs for an even more heavily taxed future, a devalued currency and increased poverty.

This coupled with excessive regulations and taxation of business, as Rabushka points out are detrimental to business and therefore economic growth.

With a new “Bourgeois Revaluation” as Professor Deirdre McCloskey calls it in her “Bourgeois Dignity: Why Economics Can’t Explain the Modern World,”

“…when merchants, tinkerers and practical seekers of profit in markets came to be respected — and to be widely spoken of with respect, even with admiration — did the social status of the bourgeoisie increase enough to make membership in that group desirable to large numbers of people. And when this Bourgeois Revaluation happened, innovation skyrocketed.

It’s this innovation — mad, fevered, historically off-the-charts amounts of innovation — that really is what we today call “capitalism.” 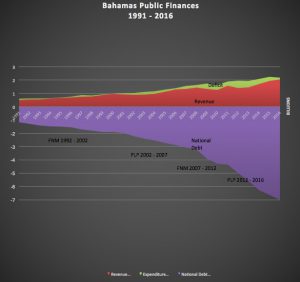 In summary, the government must get a handle on spending, causing a reduction in taxation and find a new respect for the entrepreneur and business if it expects to create the revenue necessary for their social welfare experiments.

Otherwise the direction of the economy and public finances will continue on the precipitous slide it has been on for the past eight years or so.

History is replete with examples. Greece and Venezuela are just two current examples.

Read Restructuring The Bahamian Economy for the 21st Century from Dr. Rabuska here…

Read The Monetary History of The Bahaams (pdf) here…