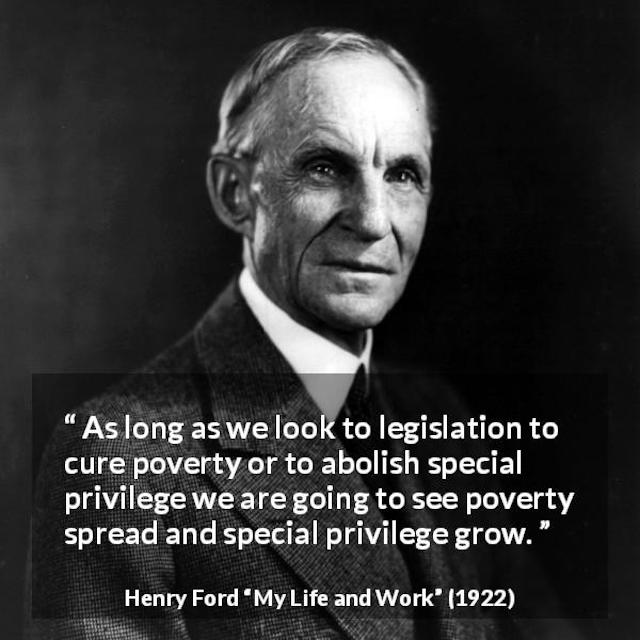 In a recent National Post column, Andrew Coyne reported on a newly released statistic: Canada’s poverty rate had almost halved in 15 years since 1996.  He suggested that such news should be a cause for celebration. However, this drop in poverty is not good enough for the anti-poverty NGOs. They demand commitment and concrete action by the federal government to end poverty, now, for the four million Canadians who these NGOs claim are afflicted by it.

Without getting into defining the poverty line (there seems to be a whole industry focused on it), let’s ask: how can we end poverty? Not just in Canada, a relatively wealthy industrialized country, but anywhere in the world?

Recognizing that there is no magic wand to wipe out poverty overnight, I argue that it is possible to end poverty and increase prosperity for everyone. It will indeed require commitment by the government—albeit undoubtedly a very different kind from what the anti-poverty activists envision.

To end poverty, we must first ask: what does creating wealth require? Wealth does not grow on trees, nor can governments create it by printing money.

The only way to create wealth—profit—is to produce and trade of goods and services that customers are willing to pay for more than it costs to produce them. In other words, business firms that can provide goods and services that are more valuable to their customers than the price they pay, create wealth. Apple, Samsung, Wal-Mart, Ryanair, Hyundai, as well as millions of less well-known companies are examples.

To end poverty, we must first ask: what does creating wealth require?

The single most important requirement of wealth creation is freedom.

To maximize wealth creation, companies need free markets without government interference. When government imposes a multitude of regulations on businesses—restricting who they can hire, how they can finance themselves, and what, where and when to sell their products and services—and interferes in the economy in other ways, wealth creation is curtailed and poverty perpetuated.

The wealth gets invested, either in growing the business or other businesses, thus creating opportunities for others: jobs, better and cheaper products, start-up capital, etc. Everybody is better off, as these opportunities multiply and the standard of living increases—and poverty decreases. Witness the increasing economic prosperity in the relative free economies in Asia today.

Making wealth creation and poverty reduction possible requires a specific commitment from governments: they must grant individuals and markets freedom. In Canada, like in most welfare states today, this requires concrete action: the dismantling of the elaborate system of business regulations, subsidies, and cronyism.

This is a significant task and has not been pursued by the current government, despite of original election promises. However, it is possible (many of the Nordic countries and New Zealand are positive examples of the right direction), and necessary—if ending poverty is the goal.

In a fully free market, under capitalism, governments would retain one crucial role: the protection of individual rights against the initiation of physical force and fraud. This would allow peaceful, just functioning of markets.

The anti-poverty crusaders would not be satisfied with such a free-market solution to ending poverty. They do not just want to end poverty; they demand income equality. Their preferred solution is to “redistribute” income (by force, through progressive income taxes) from those who create wealth to those who don’t. However, such a method will not end poverty. Why?

People have different levels of ability, intelligence, and most importantly, motivation. They will make different choices. Even if all the currently existing wealth was divided evenly among the people of the world today, it would not remain even for long; some people would soon be wealthier and some poorer.

If we want to end poverty, we must not punish the producers—the wealth creators—through various “redistribution” schemes. Instead, we must encourage them by making them free to produce and trade. A system of freedom, capitalism, will end poverty and benefit everyone, even the least productive.