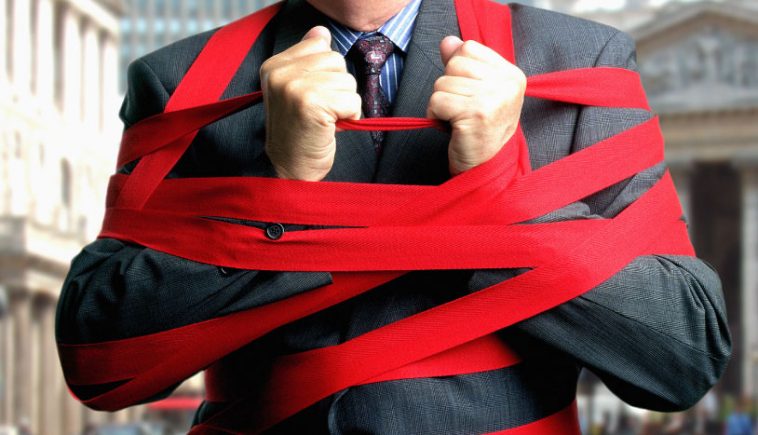 Businesses are more regulated today than ever. But trends go on until they stop. With Arthur Seldon, I believe we should take more risks of under-regulation.

The straw man of “perfect competition”, based on perfect knowledge, zero transaction costs, etc., can lead us to regard any shortfall as “market failure” and assume that governments can correct it. But, as Alfred Marshall used to ask: “Do you mean government all-knowing, all-wise, or governments as they are today?”

Regulators are risk-averse. If they must approve a new drug which promises to save lives, but has a chance of serious side-effects, they tend to defer approval until they are sure the drug is safe. Years of delay may mean thousands of patients dying from not receiving the benefits, but, being “invisible”, the regulators have little reason to care about them.

The direct costs of regulation are only a small part of the total costs: compliance costs often amount to five times as much. Even more important may be the indirect effects: for example, all the jobs that employers fail to create because of the huge burden of “employee-friendly” legislation. Those rules may indeed benefit existing employees (insiders) but perhaps not potential future employees (outsiders), who are much less visible.

Many new laws amend earlier rules that didn’t work properly. But once the principle of interference is established, it seems to be hard for regulators to withdraw completely. Like traffic lights, regulations tend to creep across the whole urban landscape and rarely disappear.

There is a big difference between voluntary guidelines (or “suggestions”) and compulsory rules (instructions). Rules can emerge, and win general acceptance, without any official body designing and imposing them. For example, most business schools choose to require – as a rule – a minimum GMAT score for entrants to their MBA programmes.

Retail products vary: the car market includes both Rolls-Royces and Skodas. By insisting on “best practice” for everyone regulators sometimes condemn average consumers to pay for more quality than they want. The real question is: who should choose?

Here are some ways to improve regulation which might be worth trying:

●  Consider voluntary rather than compulsory rules.

●  Attempt cost/benefit analysis, including compliance costs and other “indirect” effects.

●  Use “sunset” clauses so that regulations expire after a certain time unless renewed.