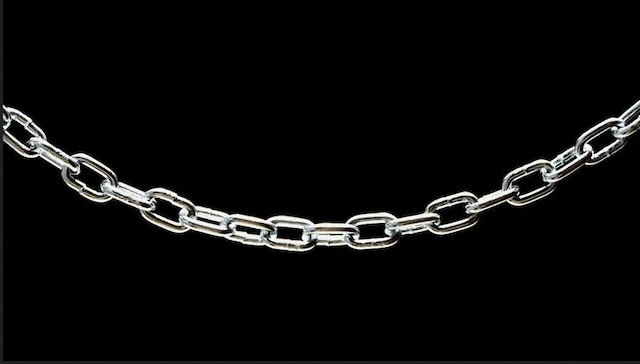 There is a new “stakeholder capitalism” starting to prevail on business, proposed as a solution to what are widely perceived as the world’s urgent challenges: climate change, inequality, and now, pandemics.

It was introduced by the World Economic Forum (WEF) at Davos as part of its “Great Reset” agenda for changing the global political and economic order, deemed necessary to solve the global challenges. Klaus Schwab, the founder of WEF, said: “We need a change of mindset, moving from short-term to long-term thinking, moving from shareholder capitalism to stakeholder responsibility. Environmental, social and good governance have to be a measured part of corporate and governmental accountability.”

Like the old “stakeholder capitalism,” this new version prescribes a social duty on corporate leaders to help solve environmental and social challenges beyond their legal obligation to maximize profits—to create wealth—for their shareholders. By assuming a social role to solve world’s challenges, corporations will serve not only shareholders’ interests but all their stakeholders equally: employees, customers, local communities, the “society at large”, and the environment—anyone who claims a stake in the corporation. Since it is about equal sharing of benefits regardless of contribution, not about capitalism, a more appropriate term for this model is “stakeholderism”.

Although many corporate leaders – Larry Fink of BlackRock, Marc Benioff of Salesforce, and other regular CEO attendees at WEF’s Davos meetings – have voluntarily signed up, Schwab wants to extend the new stakeholderism’s reach. With the support of government leaders such as Joe Biden, regulations requiring corporations to report their achievement of environmental, social, and governance (ESG) goals to serve stakeholders have been introduced (so far in the United States, EU, and Canada) to ensure all corporate leaders’ participation.

Non-compliance will lead to fines, reputational damage, or de-investment and refusal of bank loans that carbon-emitting fossil fuel producers have already experienced. All corporations are now scrambling to show their ESG credentials, such as net-zero carbon emissions, racial and gender diversity, and contributions to social causes.

Mandatory stakeholderism may seem like a good idea, given how widely climate change, inequality, and pandemics are viewed as existential threats and how poorly governments have handled them.

But it is not. Mandatory stakeholderism harms human flourishing and will not help us adapt to climate change, alleviate poverty, deal with pandemics, or solve other problems of human survival.

Mandatory stakeholderism harms human flourishing because it coerces companies to divert focus and resources away from their proper role in society and what they do best. Creating wealth for shareholders by producing and trading material values directly addresses the problem of human survival and enhances our flourishing. Not only do companies produce the goods and services that meet our basic needs, such as food, shelter, and transportation. Seeking to maximize profits, they continually innovate to produce, at a lower cost, new or better material values that enhance our lives.

Consider companies that create AI and machine learning solutions for precision medicine applications tailored to each individual patient’s needs, or vaccinations and treatments for virus-caused illnesses. Or companies that develop autonomous vehicles to improve traffic safety and efficiency, and those that innovate solutions (such as nuclear fusion) to meet our need for affordable, reliable energy.

Not only does production and trade of material values motivated by profit maximization meet our current needs; it also generates wealth that gets invested, either back in the same companies or in new ones that keep generating new innovations and wealth, in a virtuous cycle.

This virtuous cycle of innovation, production, and wealth creation has one social requirement: freedom. The cycle does not thrive under coercion. Matt Ridley demonstrates this in his book How Innovation Works and Why It Flourishes in Freedom. He shows through countless examples throughout history how innovation thrives only in conditions of relative political and economic freedom; today in such countries as Taiwan, Switzerland, and the United States. Besides for their wealth, they are known, respectively, for the most innovative ICT, pharmaceutical, and technology start-up companies in the world.

The new mandatory stakeholderism limits the freedom of business and hinders it from performing its proper role—the role that our wellbeing depends on. When companies are forced to operate according to government dictates, innovation and wealth creation decline, as will the solutions to problems of human survival, including climate change adaptation, eradicating poverty, and protecting human health. For abundant evidence, consider authoritarian countries such as Cuba, Venezuela, and North Korea where private capital has disappeared and that experience poverty and constant shortages of products and services, or when they are available, poor quality.

Despite the rhetoric from WEF and its CEO and politician devotees, mandatory stakeholderism will not solve today’s challenges or prevent new ones. If we want to solve problems of human survival and to flourish, we must reject governments’ coercive regulations and the ideas that propagate them, such as the mandatory social role of business. Instead, we need to advocate for freedom—for business and everyone else—and for the proper role of governments: protection against those who violate others’ freedom.