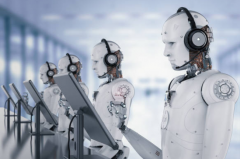 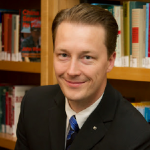 Automation seems to be a never-ending source of fear-mongering. Judging from the commentary, robots will “replace us” and cause large-scale unemployment. With the entry of artificial intelligence (AI), and robots that make robots, the value of human beings as productive forces in the economy is simply zero. People then become value-less consumers, only “mouths to feed” while production is carried out by machines.

And, the story goes, whoever first comes up with a robot that creates robots, and robots that fix themselves, will outcompete everyone else and soon own all means of production. The destiny of our innovative species is to become fundamentally dependent on that one capital owner, who by controlling all production controls all of us.

The problem is that this dystopian outlook is fundamentally flawed. And, as usual, it is reasoning based on economic illiteracy. Rather than an economic organism, the market economy is seen through the eyes of an engineer. In other words, it is seemingly economic reasoning based on a fundamental misunderstanding of economy – the view that production is about technology and engineering, about maximizing “output,” and not about the economizing of means to attain valued ends.

If we see the economy as a circular flow, then its effectiveness comes down to the task of removing imperfections or “transaction costs” and thereby “get the wheels spinning ever faster.” An efficient economy is a matter of engineering, and therefore the role of government planning becomes obvious: meticulously planned institutions and regulations can solve many (if not all) of the problems that emerge when irrational and imperfect individuals make decisions.

Similarly, the market’s production process with decentralized decision-making can be improved through the adoption of rational central planning where all available information is used properly. The task is thus to get the right people into power, and then have them calculate the best possible outcome given the means and ends already known.

In other words, we need not know anything about economy per se, but the task is one of engineering: to reduce waste and improve the existing processes. Consequently, robots, which do not need vacation, do not have free will, and do not appreciate leisure time, will replace imperfect human labor. And further: if these robots can fix themselves and even produce new robots, then, surely, we will not need any more workers.

But this completely misunderstands what economy is.

The problem is not producing, but economizing

What was stated above observes the economy primarily in terms of production of goods. This is true empirically, that is in our everyday experience of working in the economy: what we’re dealing with in the economy is to produce the right stuff in the right ways.

However, this is not what an economy is actually about, and this is what most commenters on the automation “threat” do not understand. Robots and artificial intelligence can likely figure out solutions to many production problems that we are still wrestling with. And robots are, as has been recognized since at least Adam Smith’s magnum opus, generally more effective than human labor. That is, after all, why we have developed and used machinery through the ages. The same goes for robots, automation, and AI.

But the threat is not real for the simple reason that the efficiency of production is not the problem that economy tries to solve. The actual problem is the use of scarce means to produce want satisfaction. Both means and ends are valued subjectively. Robots do not value.

It is quite possible that robots and AI can figure out how to best supply calories, oxygen and other objective necessities to sustain human life. But the step from “2,000 calories a day” to “food that people will want to purchase” is not a matter of tweaking an algorithm – it is about understanding people and valuation. Even more to the point, it is about speculating what people will value. This is simply out of reach for any robot or non-human, just like it requires a mass of imaginative, human entrepreneurs – a division of intellectual labor – in the market to collectively figure out how to create value.

The economy is about economizing, and economizing is not about physical resources or means of production. While tools and materials are necessary for production, their use in the economy can be expressed in value terms only – and these means are (and must be) economized as such. This fundamental point about economy is regularly skipped over in the commentary on automation and AI.

The economy is about value

A major advantage of Austrian economics over the mainstream variety is its placement of value first, that the economy is understood and explained in value terms. Mainstream economics has, unfortunately, forgotten about value in its aim to predict and explain production in engineering terms. And, as a result, the debate about automation, robots, and the use of AI focuses on that engineering aspect of the economy: producing. But this is inconsequential to the actual workings of any real or theorized economy, which is about solving the problem of using scarce means toward insatiable ends.

But let us be clear: economizing is not about engineering or the physical world. It is an all too common misperception that means and ends can be expressed in non-value terms. They cannot.

Misunderstanding economy for an engineering problem, and economics for a natural science, is a fundamental error. A good, sold in a market, is not its physical appearance, but the service it provides consumers in their attempts to satisfy wants. In other words, a good provides use value. And value is always in the eyes of the user. The value of any means derives from its contribution to a valuable economic good.

So far the debate on automation has completely skipped the value dimension. While this makes the problem much easier to solve, whether through the creation of machines or algorithms to solve calculations, it provides a solution that misses the core of the question. The economy, including its physical production, is directed toward the satisfaction of human wants – realized by people acting as consumers.

If robots save us from the toil and trouble of working, that’s one thing. It means replacing leisure for labor, which cannot be a bad thing. But robots cannot replace us as valuers and consumers; no automated process can figure out what we will want. They can only carry out the work after the ends have been recognized. Ridding humanity of this burden cannot conceivably be a threat.