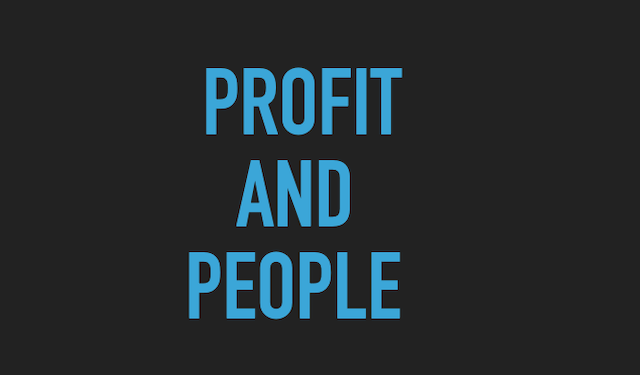 During the pandemic, anti-business activists are doubling their efforts to advocate against the alleged evils of capitalism: greedy corporations exploiting the situation to enrich their shareholders while millions are suffering from COVID-19 and over a million have died of it. The activists accuse corporations of “putting profits before people” and increasing inequality in the world.

Take the case of Pfizer, the American pharmaceutical giant and frontrunner in developing a vaccine against COVID-19. Its success, and size, has drawn the ire of People’s Vaccine Alliance, a coalition of activist organizations, spearheaded by the NGO Oxfam. The PVA has called on all vaccine developers to sign a pledge to give up their patents on COVID-19 vaccines and treatments, to make these available and more affordable in poor countries. The PVA is urging Big Pharma to “put people before profits” to help reduce global inequality.

What the anti-business, global-equality activists of the PVA fail to recognize is the crucial role of business in society. They are also mistaken about the alleged conflict between “profits” and “people” and the alleged immorality of economic inequality. It is their demands of the pharmaceutical companies that are immoral: if complied with, they would destroy profits and harm people.

Business plays a crucial role in society as the producer and trader of the material values on which our lives depend on. Without competing private businesses and if left to the government, the development, production and market distribution of vaccines, diagnostics (see my post on the South-Korean biotech company Seegene’s COVID-19 test here), and treatments for COVID-19 would take much longer and have less chance of success. (It is not hard to find examples of centrally planned economies like the former Soviet Union and East Germany failing to produce material values that people in freer economies take for granted).

It’s mistaken to think that pursuing profits harms people. Profit seeking by business does not harm but rather benefits people, beyond its owners.

The opportunity to make profits spurs companies to invest in developing products with high potential demand. If such demand materializes, the companies earn a profit—which they can invest in further product development. If the companies sustain profitability, the value of their shares increases, allowing them to perpetuate a virtuous circle of developing better products and earning higher profits.

Such a strong performance also allows companies’ owners to invest their increased wealth in other projects and companies. This  expands the virtuous circle of better (higher-quality, lower-priced) products that not only yields profits for the owners but benefits consumers as well as workers  through the creation of more job opportunities.

Sustained profitability and share price appreciation, such as achieved by Pfizer and the South-Korean Seegene, do create economic inequality. Companies that create products—such as life-saving diagnostics, vaccines, and treatments—that others value and are willing to pay for, will make their owners wealthier.  But economic inequality based on production of material values does not make anyone worse off. On the contrary, the wealth of business owners benefits consumers in the form of better, less expensive products, workers in the form of more job opportunities, and suppliers in the form of more business.

Making profits on a sustained, long-term basis is only possible by creating valuable products that people are willing to pay more for than what it costs companies to produce them. To achieve such a feat, companies must invest in research and development to come up with better products at a lower cost than their competitors. Pfizer, for example, has invested at least $1.5 billion to develop its COVID-19 vaccine. It has refused to take any government funding for it, although it has agreed to sell $2 billion worth of the vaccine to the U.S. government as part of President Trump’s Operation Warp Speed.

Pfizer and other vaccine developers investing their own money deserve to profit from their vaccines. The vaccines and the patents protecting them are the property of these companies. Trying to cajole them to give up their patents for free to poor countries is immoral. Not only would giving up their patents constitute self-sacrifice of the companies’ owners; it would also harm the intended recipients of the sacrifice, the people getting the vaccine for free.

Who would have the financial resources, or an incentive, to develop vaccines, treatments, or diagnostics when the next pandemic comes along, or cures for existing diseases? Pharmaceutical companies should not be made to sacrifice their deserved profits. They should be thanked for what they do. Profits benefit people.