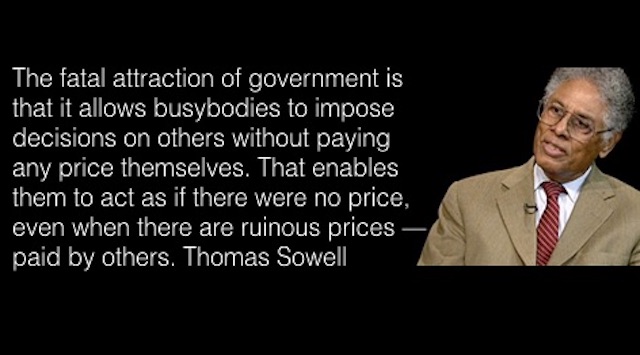 As the economy tightens will the spectacle of the Price Control Commission (PCC) visiting and demonising businesses in the press be reinstated?

Each time the omnipotent PCC (OPCC) is reinstated it’s mission is going to solve what they perceive as high prices by amending the Price Control Act and FORCE merchants to reduce the price of certain items.

What they fail to realise is most businesses work on a set profit margin based on volume and cost.

Making accusations intended to embarrass merchants is not only petty it incites some consumers that do not understand pricing mechanisms.

Everyone is a consumer and see and feel the ever increasing price of goods and services; and everyone also feels the ever increasing burden of higher taxes and regulations by the Government, yet the OPCC remains silent on the latter point. The taxpayer is, as usual, the forgotten man.

The high cost of doing business, caused by higher taxes and increasing regulation are costs hidden in prices to the consumer, yet the Government pretends to be a hero by suggesting they can control increasing prices. However, taxes and regulation are some of the main causes of price inflation.

In all this though, the consumer is sovereign. They don’t have to pay the price being asked by local retailers if they believe the store is overcharging. Fascism, or government force, is not the answer, purchasing the item elsewhere is the civilised thing to do.

The only thing price controls do to food items here is cause merchants to increase margins on non controlled items as gross profit is key or order less of price controlled goods.

In fact it does not even control the rise in prices of controlled items. Just compare the price of milk or cheese from 5 years ago to today and your answer is self evident.

Price Controls are simply irrelevant in spite of the OPCC’s omnipotence to exert its will by force.

Dr. Walter Williams once noted that “…Despite the disastrous history of price controls, politicians never manage to resist tampering with prices — that’s not a flattering observation of their learning abilities.”

In the final, prices should be determined by the market. A market free of coercion where voluntary exchange takes place. If one party is unhappy about the trade, they can walk away. Try to do that with your goods at Customs if you think their rate is too high.

But, to paraphrase the Chairman of the Price Control Commission, regardless of the lack of logic, price controls will still be used in this country.