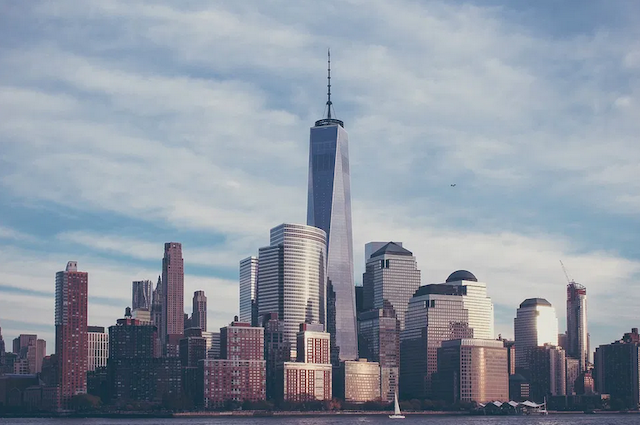 In my previous post, I discussed some corporate leaders’ claims that capitalism is dead and their embrace of a “new” corporate purpose: serving all stakeholders equally instead of prioritizing profit maximization for shareholders. Since then, I had the opportunity to hear the popularizer of that idea, the business school professor Edward Freeman (PhD in Philosophy), to give a talk about it.

No wonder there is so much confusion about capitalism when those who teach at business schools do not have a clear understanding of capitalism.

Professor Freeman depicted capitalism as a system where businesses focus on maximizing short-term stock price through any means possible, omitting entirely capitalism’s essential characteristics: the recognition of individual rights and private ownership of all property. For emphasis, Freeman called his version “shareholder capitalism” and blamed it for the 2008 global financial crisis.

What he really was describing was the prevailing mixed economy, where the government’s role is not limited to protecting individual rights (as in capitalism) but extends to controlling the economy in various ways. For example, in the mixed economy of the United States, government regulates the financial industry and has promoted home ownership by mandating banks to give out mortgages to subprime borrowers.  Such high-risk lending and other morally hazardous activities led many banks to a near failure, and they were then bailed out by the government.

In contrast to a mixed economy, an actual capitalist system would deter maximizing stock price through any means (such as boosting sales through deceptive advertising or hiding losses in subsidiaries). Property rights would be protected against fraud and theft through objective (rights-protecting) legislation and the court system.

Professor Freeman wasn’t quite as bold as to declare capitalism dead (as was Salesforce CEO Marc Benioff), but he did claim that “there is no going back to [shareholder capitalism].” Instead, he wants “inclusive capitalism.” He did not define what that means but implied that in such a system all stakeholders—employees, customers, suppliers, communities, and others—get to participate equally in managing the business and share in its earnings. This, of course, is not capitalism, either—but socialism (or “democratic” socialism, as Bernie Sanders prefers to call it).

Freeman assigned the task of transitioning from “shareholder capitalism” (mixed economy) to “inclusive capitalism” (socialism) to business, managers in particular. He suggested that business is the solution, “people collaborating to create values,” to such a transition. He also added: “if we get government to work, that is a bonus.”

For more than 30 years, Professor Freeman has been promoting his version of the stakeholder theory. Its substantive content amounts to requiring corporations to include representatives from each stakeholder group (whether they own shares or not) on their Boards and managers balancing all stakeholders’ interests to serve them all equally.

Incomprehensibly, the stakeholder term has been embraced by business, and most corporations at least pay lip service to stakeholder equality. But that kind of egalitarianism is impossible to implement in business, as shareholders would not invest their capital to be distributed to all claimants but want to earn a deserved return on their investment. (Corporate leftists, such as Larry Fink, Tom Steyer, and Marc Benioff, would be exceptions).

Rather than being fooled by Professor Freeman’s varieties of “capitalism” and following his advice on stakeholder management, corporations—their leaders and shareholders—should focus on maximizing profits for their shareholders as Milton Friedman argued. This is only possible by trading value for value freely with their employees, customers, suppliers, and creditors, for win-win outcomes, and would lead to greater human flourishing for all.

The best social system for business to maximize profits for its shareholders and trade freely with its other “stakeholders” is not mixed economy (“shareholder capitalism”) or socialism (“inclusive capitalism”), but capitalism. Ayn Rand’s definition of it is worth repeating: “a social system based on the recognition of individual rights, including property rights, in which all property is privately owned.”

Government’s role in capitalism is crucial, not just “a bonus,” as Freeman suggested. Government must protect individual rights against the initiation of physical force and fraud. Without such protection, the ability of business to create value is seriously curtailed.

Capitalism is the system that corporate leaders and shareholders should understand and advocate if they want to maximize profits. I recommend reading Ayn Rand’s essay “What is Capitalism?” in Capitalism: The Unknown Ideal as a start.

I have a vision of a free society, not because of a benevolent dictator commands it, but because we love freedom and the responsibility that goes with it.Mark Skousen … (next quote)
%d bloggers like this: