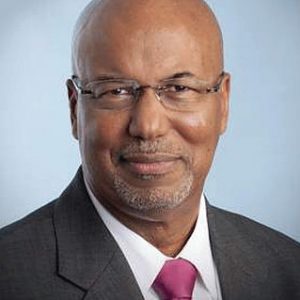 Posted with the kind permission of the author.

There is a common misconception in the “Onshore” world that jurisdictions like Bermuda and Cayman, actually have no taxes at all –  so called, “Zero-tax Jurisdictions.” Of course, this is impossible. There must be taxes to pay for the government and the services it provides. The correct phrase is that we are zero income tax jurisdictions. There are many other forms of taxation that are levied on our residents that are sources of irritation equal to high tax jurisdictions. The obvious truth is nobody likes to pay taxes, irrespective of the type of tax system.

In Bermuda, the Finance Minister’s latest budget speech lamented that the island’s tax system, based principally on Payroll Taxes and Customs Duties, exacerbates the gap between the rich and poor. I recall making the same speech during my time as Minister of Finance. The new government has pledged to find a new system to help reduce that gap.

As Minister of Finance, I pointed out many times that Bermuda’s tax system, with its emphasis on duties and payroll taxes, was and is regressive. This has been well known for decades. Up until last year, Payroll Tax was levied at a flat percentage of one’s payroll, regardless of if the salary was $75,000 or $750,000 per year. However, there was the so called Salary Cap, which allowed those fortunate enough to earn more than $750,000 to earn any amount over that, tax free. Therefore, if you were a senior executive of an international company earning, say, $5mn p.a., your effective Payroll tax rate would indeed be minuscule, certainly much less than your secretary’s.

What was the logic behind this regressive tax structure? Presumably, the thinking was that persons with salaries in excess of the Salary Cap would be international business executives who needed to be incentivized to move to the island, bring their companies, their retinue of staff and their on-island spending with them. In other words, to incentivize on-island job creation and GDP expansion.

While it was always known that Payroll Tax was regressive, the general public had little appreciation how skewed the tax distribution was, until many of Bermuda’s largest reinsurance companies became listed on US stock exchanges. When that happened the salaries of senior executives of these companies became public and then the degree of skewness was plain for everyone to see.

The last budget I presented, about one year ago, was the first time any government or any Finance Minister had ever taken any steps to ameliorate the problem of regressiveness in the tax system. We put in a progressive payroll tax system and simplified customs duties. Payroll tax rates were put on a graduated scale and the Salary Cap was raised to $950,000. This was effectuated after an 18 month consultation with the international business sector. So overall, the tax is still regressive – but not as bad as it once was. However, this improvement came at the expense of filing complexity which taxpayers are still getting used to.

For taxpayers whose sole income is their salary, Bermuda’s Payroll Tax functions exactly like a personal income tax. However, Payroll Tax does not touch income from business ownership or receipts from “passive income” from investments in shares, bonds or, say, rent from property. This is the principal difference between Payroll Tax and Income Tax – taxing passive income.

Philosophically – and empirical evidence has borne this out – I believe that lower taxes encourage private sector economic growth. However, there’s no point in having low taxes if the resultant revenues are insufficient to cover the government’s expenses. With the downsizing of the economy during the six year recession, Bermuda’s revenue intake was nowhere near enough to balance the budget, even with major budget cuts. In small island economics government deficits have to be financed principally with foreign debt which is a drag on the Balance of Payments and a burden on future generations. We cannot monetize debt like the USA. Any attempt to do that will inevitably lead to currency devaluation, something that is always bad for small islands economies. Therefore, the tax reform we implemented last fiscal year had an implicit significant revenue boost to help close the budget gap.

This begs the question, “What kind of taxation can the government put in place that will not increase the cost of living and doing business?” The only type of tax, that I know of, that CANNOT be passed on to customers is a full blown tax on personal and corporate income i.e. INCOME TAX. In simple terms, with income tax, if a company tries to up its prices to compensate for a rise in income taxes, that price increase (all other things being equal) will cause its taxable income to increase and the tax it pays will increase accordingly. So the only party that will have gained is the government. The degree to which this will happen will depend on what portion of its expenses are fixed and what portion is variable. Higher fixed expenses leverage increases in prices to the bottom line.

Many Bermudians see our huge, profitable international companies sector as a big juicy apple that the government should take a bite out of to solve all its financial problems. They say it will also mitigate the exterior criticism of the island as a tax haven. This view is naive in the extreme. Bermuda’s economy is not suited to income tax.

Firstly, one of the components of our attractiveness to international capital is that there is no income tax. Does this confirm that we are a Tax Haven? Certainly not. Many countries compete on taxes, now, with the recent tax cuts, even the USA. The term “Tax Haven” encompasses many evils separate and apart from absence of income tax, and Bermuda has gone the extra mile to address those issues, like money laundering, terrorist financing, secrecy, non-cooperation etc. We are already ahead of the curve in these areas.

Secondly, the insurance business has, intrinsically, very uneven profit flows. For example, many reinsurance companies suffered huge losses from hurricane related claims during the fourth quarter of last year. If the government was relying on that for tax revenue it would have had to exist for a full quarter, or longer, without any tax revenue at all. You can’t run a government with that kind of uncertainty. This doesn’t happen in larger countries that have the diversification of industry to smooth that unevenness of cash flows.

Fourthly, income tax has failed miserably in most developed countries to narrow the gap between the rich and poor. According to a new paper by economist Edward N. Wolff, taken from the US Federal Government’s Survey of Consumer Finances,“The wealthiest 1 percent of American households own 40 percent of the country’s wealth. That share is higher than it has been at any point since at least 1962. The wealth owned by the bottom 90 percent, meanwhile, fell over the same period to 22%.”

Edward N. Wolff also sites OECD studies that say, “In high-inequality countries, people from poor households typically have less access to quality education. This leads to large amounts of wasted potential and lower social mobility, which directly harms economic growth.” This sounds eminently logical, but there’s a problem with this conclusion because the countries with the most glaring wealth inequalities, like India, China and many developing countries, trounce growth rates in “income distribution” countries that can be found in the EU and Scandinavia.

The issues of the gap between the rich and poor in society are complex and evidence suggests there are no magic bullet solutions – particularly for small islands that depend on foreign exchange earnings and capital to survive.

The notion that simply by introducing income tax to Bermuda will narrow the gap between the haves and the have nots is dangerously naive. It may make for good political point making, but there is no evidence that income taxes will make any difference to this issue.

The real danger for Bermuda, of course, is that such a move will drive the business we have elsewhere. We live in a highly competitive world, and other offshore jurisdictions have already poached significant business from us without such an earth shaking change as the introduction of income tax.

However, so far the talk of taxes in Bermuda has overshadowed a critical issue when it comes to the ability to balance the budget. The elephant in the room is Government Spending. It took 18 months of “Consultation” with International Business (IB) to come up with the plan laid out in the 2017/18 budget. That plan included significant Payroll Tax increases for IB companies. As many IB companies voluntarily pay the employee portion of Payroll Tax, the increase in the tax burden for such companies was quite material. They were prepared not to object to that increase on the clear understanding that the increased revenue would go toward REDUCING the deficit and NOT to finance increased government spending. I’m not certain the new government’s budget continues that understanding.

Increasing taxes on the wealthy in Bermuda – the wealthy companies and their wealthy individual executives/managers – only to increase spending on increased government staff and various capital items is not going to go down well in the C-Suites in Hamilton, notwithstanding the polite applause being heard from that quarter at the moment.

The key to balancing government budgets is the establishment of appropriate taxation levels while simultaneously keeping a grip on the government’s natural propensity to spend. This new government needs to demonstrate that is can indeed, “Jump and chew gum, at the same time.” A great deal depends on it.