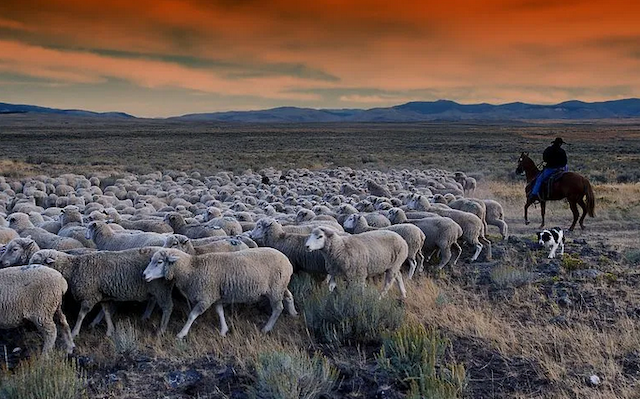 A central concern in most people’s minds now is the re-opening of the economy after ten weeks of pandemic lockdown. Many businesses, such as retail stores and restaurants, have closed permanently, and millions have lost their jobs. Many are working reduced hours for significantly lower incomes. Almost everyone is eager to have their lives, their work, their income back as they await government edicts for the re-opening schedule and rules.

But not many are asking: Why are the governments dictating when and how the economy can re-open?

Many also did not ask by what authority governments declared states of emergency and forced the lockdowns in the first place.

The unquestioning obedience of the governments’ orders for an economic lockdown—with only government-defined “essential” businesses remaining open—in the early days of the  pandemic may be more understandable. There was less information about the new coronavirus and much sensationalizing in the media. People were scared and wanted the authorities to keep them safe, even at the cost of their freedom.

Many politicians seemed to relish the opportunity to make unilateral decisions over citizens’ lives—with the pretext of saving them. Some of those decisions have been unquestionably deadly, such as New York governor Andrew Cuomo ordering nursing homes to take in COVID-19 patients. Other decisions may not have caused death but nevertheless violate freedom, such as California and other states forcing businesses like art galleries to close because they are “non-essential”.

We now know much more about the new coronavirus and the disease it causes than we did ten weeks ago. The virus is less contagious than we thought. It can cause serious illness in the elderly and those with pre-existing medical conditions. We know that the virus cannot be completely eradicated, at least until there is a vaccine. And we know that if we wait much longer to open up the economy, we’ll go bankrupt—and die of other causes, as John Robson argues in a National Post op-ed.

With all this knowledge, why are we still not questioning the governments’ authoritarian measures for re-opening the economy? Public health guidelines (physical distancing, sanitizing, handwashing, etc.) are helpful—when based on evidence—but why are the governments dictating which businesses can open, when, and how? Why couldn’t business owners make those decisions on their own, based on their local circumstances and while acting responsibly? Customers could decide whether to patronize a business or not.

Even if businesses have managed to avoid bankruptcy during the lockdowns and re-opening restrictions, the bad news is that government power grabs during crises never fully revert back to pre-crisis conditions, as economist Ray Niles explains in this interview.

Why is that bad that authoritarianism creeps up? Increased government power reduces our liberty—and we require liberty to live and prosper.

The governments’ dealing with the pandemic has clearly shown the impact of reduced freedom. In most countries, the governments have forced economic lockdowns, to contain the virus and protect the ill-prepared public health care systems from becoming overwhelmed. These countries have also seen the worst economic fallout: millions of jobs lost, bankruptcies, billions in government deficit spending to keep economies afloat, sinking GDPs.

In the few countries where the governments have not violated people’s freedom and not forced businesses to shut down—Taiwan, South Korea, and Sweden—the economies are faring better, and no shortages of hospital beds have occurred.

The Taiwanese, the South Koreans, and the Swedes don’t need to worry about creeping authoritarianism as a consequence of this pandemic, but the rest of us do—if we care about our freedom to live and prosper. What can we do?

Elon Musk is suing the California government for banning the opening his new Tesla manufacturing facility and opening it in defiance of the ban. Quent and Linda Cordair publicly challenged their local government for violating their Constitutional right to liberty and re-opened their art gallery in Napa ahead of schedule, with all recommended safety measures.

If we want to avoid the increasing intrusion of the government in our lives and businesses, we can and should speak up to challenge and criticize government decisions, both directly and publicly through any media open to us. This would also leave us better protected when the next crisis hits and the governments try to resort to authoritarianism instead of respecting and protecting our rights.

Personal liberty is the paramount essential to human dignity and human happiness.Edward G. Bulwer … (next quote)
%d bloggers like this: