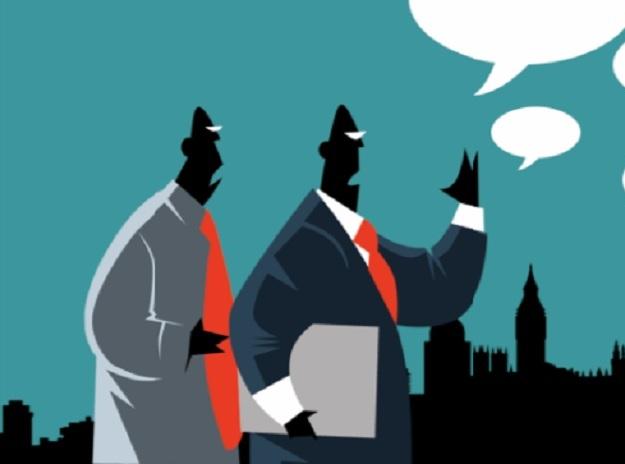 In Lewis Carroll’s Through the Looking Glass, we read “When I use a word”, Humpty Dumpty said in a rather scornful voice “it means just what I choose it to mean — neither more nor less”. This Humpty Dumpty adage is now rife in what we read in the print media, hear on radio and see on our TV screens. This Newspeak, as I had argued in an earlier column (“Rights, stakes and Newspeak”, February 18, 2012) is an avenue (and mask) for sloppy thinking. It has become rampant with the Trump and Brexit traumas in the US and the UK.

It is, therefore, nice to see that in the new Boris Johnson UK government, Jacob Rees-Mogg — often parodied as the MP for the 18th century — has been made Leader of the House of Commons. He is renowned for upholding the Queen’s English. In his first official action, he has issued a style guide to his ministerial staff. “It’s just a list of banned words which are sort of New Labour words like ‘unacceptable’,” he says. The rules “include referring to all ‘non-titled’ male MPs as ‘Esq.’, using imperial measurements and banning words and phrases such as ‘meet with’ and ‘ongoing’. And ‘impacted’ — unless it’s a wisdom tooth (‘Minister for Queen’s English has last word on style’, Daily Telegraph, July 25, 2019).” I am only sorry that his reported list does not include the vile world ‘stakeholder’ discussed in my earlier column.

In the misuse of language, two words “populist” and “illiberal” are used by those enraged by the words and actions of US President Donald Trump and Brexiteers. First, consider ‘populism’. A recent survey of scholarly books on populism in Europe by Erik Jones (Survival, vol. 61 no.4 2019) demonstrates the lack of any academic consensus on the definition, causes and consequences of ‘populism’. Any change from the political status quo is labelled as being populist. But as I argued (“On Populism” November 29,.2016) based on S E Finer’s The History of Government, the enlightenment idea of popular sovereignty as the legitimising principle of all political authority was instituted in two distinct pollical forms. The first was in the UK and the US constitutions, with representative –not direct — democracy, with checks and balances to protect citizen’s liberties and embodying the classical liberal principle of limited government with the rule of law. The other was the continental European tradition embodying Rousseau’s General Will, legitimising direct democracy and the combination of legislative executive and judicial powers in a single person or authority whose will is always legal, and where citizen rights instead of being based on John Stuart Mill’s principles of liberty (where citizens are free to do what they like as long as it does not infringe someone else’s liberties) are granted as favours in explicit ‘bills of rights’, with all private actions not included in these forbidden. To consider Brexit as equivalent to the populist antics of Italy’s Lega and Five Star Movement or the anti-EU movements in Hungary and Poland is maladroit. For though all these are against the undemocratic centralising bureaucracy of the EU, the Brexit demands are based on the realisation that instead of a free-trade area they thought they had joined, they were being frog-marched into a federal state in which its representative democracy and sovereign liberties as enshrined in its Common Law would be submerged.

The word ‘liberal’ has been misused since about 1900, and especially since 1930 as Schumpeter pointed out (in his History of Economic Analysis) as “the term classical liberal or economic liberalism has acquired a different — in fact almost opposite meaning — as a supreme if unintended compliment, the enemies of the system of private enterprise have thought it wise to appropriate the label (p.394).” Ironically, the shift came from what has been called the “manna from heaven” distributivism of Mill, the codifier of the classical liberal principles emanating from Adam Smith and David Hume. Mill argued that whilst these principles applied to production, the resultant wealth could be distributed as the authorities chose. This was, of course, against the classical liberal (and Marxist) claim that production and distribution were parts of a single economic system and could not be separated as Mill claimed. The classical position has been reinstated by the modern theory of institutional economics (see my Reviving the Invisible Hand, Chp.2).

But, this move from classical liberalism as the definition of liberalism to what is in effect social-democratic began politically with Otto vonBismarck’s social insurance scheme in Germany and the ‘liberal’ welfare reforms under Lloyd George’s government in Britain in 1906-14. Following the Great Depression, it spread to the United States through Franklin D Roosevelt’s New Deal. This social democratic system, which has been called ‘embedded liberalism’, became the dominant ideology, not least because of the scribbling of economists. By the end of the Second World War, the classical liberalism of the 19th century was replaced by the Dirigiste Dogma (see my Poverty of Development Economics). It is this social democracy which is the ‘liberal’ order which is being referred to by those who charge Trump and Brexit as being anti-liberal.

But classical liberalism was kept alive by the Republicans in the US under Regan and by Margaret Thatcher in the UK. She asked her cabinet to read Hayek’s The Constitution of Liberty for the basis of the programme called Thatcherism. Her enemies and those of classical liberalism in the US, instead of calling this return to classical liberalism by its proper name, called it ‘neo-liberalism’. But as Polonius would have said: “That’s an ill phrase a vile phrase.” It is a meaningless phrase. As the Peruvian novelist and politician Mario Vargas Llosa has argued: “To say neo-liberal is the same as saying ‘semi-liberal’ or ‘pseudo-liberal’. It is pure nonsense. Either one is in favour of liberty or against it, but one cannot be semi-in-favour or pseudo -in-favour of liberty, just as one cannot be ‘semi-pregnant’, ‘semi-living’, or ‘semi-dead’. The term has not been invented to express a conceptual reality, but rather as a corrosive weapon of derision, it has been designed to semantically devalue the doctrine of liberalism (p.16) (‘Liberalism in New Millennium’ in I. Vasquez (ed): Global Fortune, Cato, 2000).”