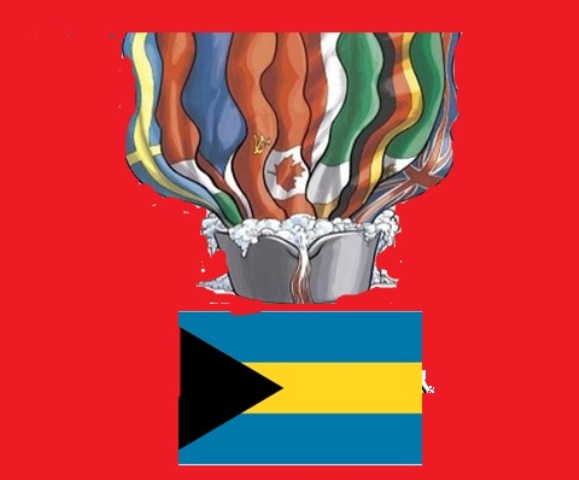 Whenever I look at a map of the Caribbean, I am astonished at the size of our country: an archipelago 760 miles long, matching the arc stretching  from the Virgin Islands  down to Trinidad, giving us sovereignty over the 150,000 square miles of earth  and water known as the Lucayan Sea. With a land mass of 5,500 square miles comprising our 700 islands and cays, we dwarf most our fellow Caricom Members like Antigua, Barbados, and Grenada, fly-speck island nations of lovely scenes and vigorous people but not blessed with the  God-given geography that makes us unique.

There’s no other Caribbean nation that comes close to all our advantages:

Until about 50 years ago our dispersion across many islands was a hindrance, not a help, to our development. Limited telecommunications, and travel only by sail-driven mail-boats, served to keep our citizens apart,  not bring  them together. All that has changed, The internet and  its many digital offspring, plus ever improving air and marine transport, are demolishing the problems of geographical distance. Eventual bridges and causeways may do even more.

Our continuing problem is simply—People. We have plenty of bright Bahamians, and the shortcomings  of  our public primary and secondary education are being addressed, but our present 400,000 population —predicted to soon level off and start declining—is too small to provide the human resources for a growing economy.

We  need a radical re-thinking of our immigration policy, to double our  numbers to at least 800,000. No dynamic country can move forward with a stagnant population. The United States did not fulfill its destiny by stopping with the Mayflower  Party and its Anglo-Saxon descendants from the British Isles. They were followed by successive immigrant waves from the Nordic countries, Germany, Ireland, Italy, Poles and Slavs, later Latins and Orientals, all of whom entered the melting pot and  became proud American citizens. Even black Africans, imported disgracefully as slaves, went through the transformation process and have joined  the national consensus.

The same must happen in The Bahamas. With millions of qualified, educated foreigners  eager to move and  work  here, surely our Government can devise citizenship programs  for a few hundred thousand to take the path toward becoming  proud, productive Bahamians. Their race or  color will  be immaterial, so our traditional ratio of  roughly 90% black citizenship would inevitably decline, as we too become a more diverse melting  pot.

Fears of congestion from rising numbers are unrealistic, particularly when spread over many island.  The population density of New Providence is only about 3,450 persons  per square  mile, compared to over 20,000 for Singapore.  Many observers point to  that compact island nation  of  5.6  million for its  successfully combining a nexus of office towers and high-rise condos with ample  preserved acres of parks and green space. With proper planning,  New  Providence can evolve in the same way, with downtown Nassau accepting the citified features of a Miami or  Panama while Charles Towne  emphasizes  its Colonial charm  and outlying areas  remain suburban or residential.

Only nostalgia for past ways can hold us back from changes. And nostalgia is a sentiment for the old;  the young have no time for it. Blind Blake and The Cat and The Fiddle that I enjoyed can be remembered and revered. But today’s tourists  and locals packing Baha Mar’s Blue Note are blown away by our Vice Versa trio of singer and two sidemen, whose “sheet music” consists of digital I-pads  carrying infinite tunes. Yes, times do  change.

Grand Bahama without the Port Authority

When the Hawksbill Creek  Agreement was signed in 1955, creating the Grand Bahama Port Authority (GPPA) and the free-trade zone centered  in Freeport, The Bahamas were still an impoverished Crown Colony. Mass tourism and international banking  had  barely begun, and the mother country could provide minimal financial support. Development  could only come from foreign risk-taking entrepreneurs like American Wallace Groves, and later the British St. George and Hayward families. In return for cash and  business expertise, HM  Government had no choice but to sign away virtually sovereign rights over a 230-square mile swath of Bahamian territory.

Again,  times  have changed. The GBPA structure only survives as a colonial anachronism

After the death of the brilliant  Edward St. George in 2004, the GBPA’s role in creating  major new investment sharply declined, and Freeport and Grand Bahama  sank into   recession due to family disputes,  back-to-back hurricanes  and the fading  interest taken by GBPA’s major partner, Hong  Kong -based Hutchison-Whampoa, in many of its ventures.

Not the GBPA, but our Ministers of Finance and Tourism, together with Minister for Grand Bahama  Kwasi Thompson and Hotel Corporation Chairman Michael Scott, have taken the lead in announcing and negotiating  the purchase  and intended resale of the Grand Lucaya Resort, as part of a new tourist  center initiated by Caribbean Cruise Lines jointly with Mexican ITM Hotel group, in addition to the separate  cruise port being undertaken by Carnival Cruises in another part of the island.  These  new ventures clearly  represent the wave of the future in Grand Bahama’s renaissance. While the St. George and Hayward family heirs remain owners and directors of GBPA, they are less visible in new business creation.

The GBPA itself remains  active with many administrative functions, licensing businesses and providing municipal services throughout Freeport. These responsibilities, and the expertise of its staff, could be transferred to Government. We already have an active Minister of State for Grand Bahama. His office could be expanded to assume all activities of the GBPA. This would terminate the peculiar status quo where most of the island is run by the State with a big chunk in the middle carved out under separate GPBA jurisdiction. Combining them would eliminate many turf  battles between different regulators each claiming rights of supervision, It would also reduce  the  wrangling  over which body collects, spends, and retains revenue from taxes and duties.

Of  course , any such combination or merger would involve  buying  out the two families’  long-standing  equity interests  in the GBPA. This should not suggest any kind of forced nationalization but rather a negotiated transaction based on  fair valuation. The arrangement would  reflect  the nation re-taking sovereign control of its territory, but in partnership with new  private or institutional capital seeking a long-term return from financing a major position in Grand Bahama’s  growth potential.

This concept has been followed with our Nassau airport and cruise port, and it’s expected that our massive new cruise port will follow the same pattern. Acquiring the GBPA would be a larger deal, which must also include Hutchison-Whampoa’s  underperforming  realty holdings  and  high-cost airport.  Our modernized Ministry of Finance, carefully run by Minister Turnquest, should have the resources and expertise to handle the challenge.