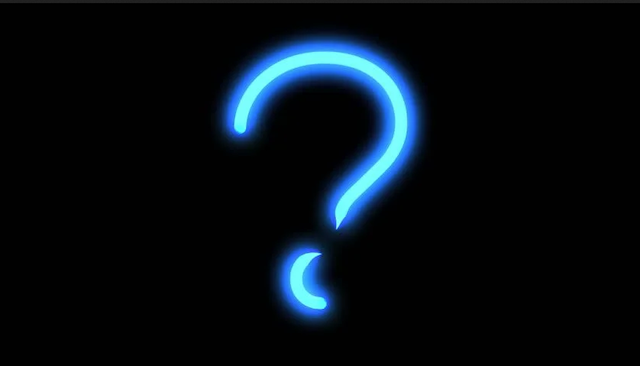 Read the original article at The Mises Institute here…

A non sequitur is a rudimentary yet common logical fallacy that occurs when a supposed conclusion does not necessarily follow from the previous argumentation. In Latin, the phrase non sequitur literally means “it does not follow.” Simply, a non sequitur is an unjustified inference. There is assumed to be some point of connection between points of argument and conclusion when, in fact, there is not.

This error is thinking is common and easier to commit than we may admit. Something that seems to be obviously connected to us in our argument may not be. The non sequitur is a subset of the fallacy of question-begging or elementary circular reasoning—when an argument or statement arbitrarily assumes what it seeks to prove. The logical error in question-begging, non sequiturs included, is not that something is invalid or inconsistent, but that it is unjustified.

What Is the Statist Non Sequitur?

The statist non sequitur involves the existence of a problem followed by the alleged solution of statism. It is typically put in the form of a statement or a loaded question presupposing the necessity of a “solution” imposed by the state as the obvious and sole conclusion.

The first and foremost example of this is the arbitrary justification of the state in general. Said best by James Madison, “If men were angels, no government would be necessary.” This oft-quoted statement, clever as it may seem, does not solve the problem, but only relocates it. Given the human capacity for error and corruption, external accountability is required, but the unjustified inference is that this external accountability must come from the political state—an entity also operated by humans of like nature with power. By his own standard, if what Madison says about humans is true, his conclusion is arguably worse. This is the core starting point of the statist non sequitur that has a multitude of expressions.

Madison was not unaware. He acknowledged that there was an obvious problem with a government of “men over men.” The problem is that Madison believed that the government could control the governed, then control itself. The inescapable dilemma is that humans’ lack of self-restraint, which allegedly necessitates the state in the first place, does not disappear when political power is added.

The next and closely related expression of this fallacy is the issue of monopoly. The problem presented is the existence of a monopoly, and the alleged “solution” is the application of state power. Again, the problem is not solved, but relocated. Government is a monopoly, so the alleged solution contains the core of the problem. This demonstrates the internal invalidity of the argument, but the unjustified question-begging aspect is the illogical step from the problem of monopoly to the solution of the state. The role for civil government does not equal a monopolistic political state; therefore, it does not necessarily follow that a state monopoly is a solution to monopoly.

The statist non sequitur can also work in the reverse—the assumption that, absent statism, some important service could not or would not exist or would be “underproduced.” Every libertarian has heard the most hackneyed negative version of the statist non sequitur, “Without government, who would build the roads?” It is astounding that it has been easier to convince people to send their children to kill and die in wars, pay exorbitant taxes, shoulder unpayable government debt, and passively observe general criminal behavior from political elites than to convince people that roads could be built without the state.

The statist non sequitur is taken even further because when someone criticizes some aspect of state action that has nothing to do with roads, they often use that as a justification for the state. What do roads have to do with the Iraq War? What does the Federal Reserve have to do with the local fire department? Just because we are required to pay for all of these through taxation—the thing that connects these government services and actions—and just because we use the roads does not mean that we implicitly accept the criminal actions of the state. It also does not follow that without government there could or would be no roads.

Frédéric Bastiat recognized the statist non sequitur in the French socialists of his time,

Bastiat identified several errors in this thinking. He noted that “government” and the state do not equal “society.” Assuming so, confounding two distinct concepts as the same, allows people to borrow capital from the concept of “society”— free and peaceful human social interaction and cooperation—in order to justify the state. Murray N. Rothbard pointed out the same lapse in logic: “The great non sequitur committed by defenders of the State . . . is to leap from the necessity of society to the necessity of the State.” (Rothbard, Ethics of Liberty, p. 187).

When dealing with the statist non sequitur, usually one is left attempting to explain a complex of theoretical and/or practical ideas about how, in the absence of the state, something could be provided (e.g., roads, security services, police, courts, money, provision for the poor, care for children, etc.) rather than pointing out the statist non sequitur for what it really is—a fallacy. While there are creative answers to the questions of provision of these goods and services without the state, the unjustified presupposition(s) should not be ignored. Before jumping in to provide an extensive apologetic about how something might still work in absence of the state, the logical leap ought to be pointed out.

That statist non sequitur also limits possibility to the imagination(s) of those involved. Just because someone could not imagine how something could or would be provided, it does not necessarily follow that it is not conceivably possible. For example, someone could have said a decade ago, “I can’t imagine how there could be any type of space program without NASA.” Whether or not someone can imagine this has no connection with whether or not it is actually possible. People usually accept this but do not apply it consistently to the state. “I cannot imagine how . . .” is not logically followed  by “Therefore, the state must . . .” The statist non sequitur goes further than simply assuming that something is impossible without coercive state action. Often when someone cannot imagine how a thing would work without the state, they assume that it must necessarily be done by the state.

This is a dangerous assumption. Ignorance is no crime. It is perfectly acceptable to admit that we do not know how a great many things work or how something yet not created or implemented would work. It is even forgivable to mistakenly assume that something not yet done may be impossible (e.g., man landing on the moon in the 1800s). The danger of the statist non sequitur is that it acknowledges ignorance or lack of imagination about possibilities but then arbitrarily assumes that the application of some form of coercive violence by the state is the sole solution.

Whether the first statement or premise is correct or not, the non sequitur fallacy involves an unjustified or arbitrary inference from the premise. In a non sequitur fallacy the premise, true or otherwise, has no necessary connection to the conclusion. The problem is usually in the “therefore.” Below are several examples (many more could be added) whose premise or concern may illicit more or less sympathy but which all involve a form of the statist non sequitur. See if you can spot the error of question-begging in each example that assumes statism as the solution.

“I care about kids and poor people. [Therefore, the welfare state.]”

“But don’t we have an obligation to help the poor?”

“Healthcare is a right. [Therefore, it is to be managed by the state.]”

“Free speech has limits; for example, you can’t yell ‘Fire!’ in a crowded theater.”

“There has to be someone to regulate safety and quality standards.”

“So, we should just do nothing?”

“What about America’s allies?”

“How else would Hitler have been stopped if not by war? [Therefore, since the current situation corresponds to Hitler’s military adventurism, the United States must intervene militarily.]”

“I want to live in a society where people are educated, and a lot of parents do not have access to alternatives. [Therefore, the state must tax to provide mandatory public school systems].”

“[Loaded question:] So you don’t want people to be educated?”

“America is systemically racist. [Therefore, political elites must be granted greater power in order to address this problem.]”

“How else would we have parks?”

“You use government services!”

“There should be a law against X!”

One hopes that it is obvious how prevalent it is for people to assume the default of statism or the need thereof as an unstated presupposition. Arguably, question-begging—of which the non sequitur is a subcategory—is the most common logical error, and since the Hobbesian modern nation-state model has been the default for about four centuries, it is to be expected that this logical error would combine with statism to create the statist non sequitur. That being said, it ought to be refuted for the fallacious and even dangerous error that it is.