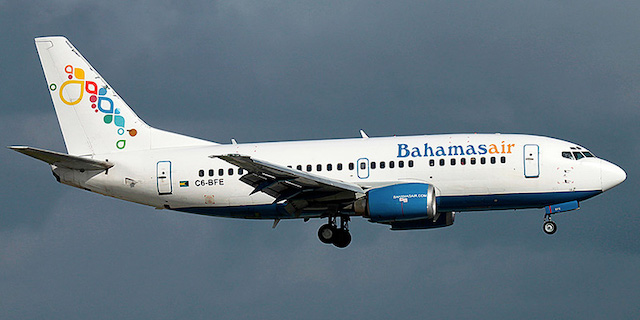 Making  international air travelers happy on arrival is clearly key to our tourism. It’s well performed by our Lynden Pindling International Airport, a government-owned  public utility,  not committed to the profits of an investor-owned  enterprise.

But  two commercial  companies also  play a major role: the  “fixed based operations”, or FBOs, that cater to private and corporate aviation. Based at opposite ends of the airport but using its runways,  Odyssey and Jet Aviation are intensely competitive firms that attract their own loyal customers, as can be seen by the sleek jets and  prop-driven  aircraft gracing their hangars and taxi-ways. Both are run by Bahamians, one with the support of US industrial giant General  Dynamics,  and provide high-grade employment in the local market.

FBOs are the choice of corporate travel departments  as well as a growing number of individuals who can afford  personal air service. While  they will never replace scheduled airlines, FBOs attract any fliers who can afford to avoid   the inevitable cattle-car  conditions and rigid  scheduling of  our major carriers American,  Jet Blue  and Delta. There is enough wealth around the world to make private aviation a booming business, with FBOs now found at all  international airports, including several in the Caribbean.

Unfortunately, our own airlines do not present such a rosy picture. Government-owned Bahamasair should have been put out of its misery years ago, as it struggles to serve a few US destinations and most airports scattered across our challenging archipelago,  each year racking up a loss that demands an annual subsidy from the Bahamian people of about $20 million, paying for chronic  featherbedding and lax business practices.

Bahamasair only exists because of our politicians’ conviction  that our sovereign reputation demands a “national” flag carrier. Fine, we can have one—but it should be owned by our private sector, not by the State. We have plenty of well trained Bahamian pilots, air crew, mechanics, and terminal staff, working not only with Bahamasair  but  also with local companies like Western Air Services , Sky Bahamas, Pineapple Air, and many small  charter companies.

Rather than propping up a Government company, our ministers   should devote their energies to organizing  all this local expertise into creating a major  investor-owned enterprise.  Western Air provides a good example. Organized   by a fully-certified Bahamian pilot and led by  him and his family,  Western has expanded from its base in San Andros to operate throughout the country, with a major center in Freeport and  careful additions to its aircraft fleet.

Although it will take time and careful planning, there is ample opportunity to unravel the present Bahamasair and replace it with the best of our extensive private abilities. We can seek consultation from American how they merged with US Air, or from Delta how it acquired Northwest.  But the final result should be  a non-Government   airline owned and staffed by qualified Bahamians,  serving the public interest under a regime reviewed by URCA, with all technical safety issues continued under regulation by our aviation authorities.

There is growing interest among U.S. politicians for a form of national sales tax known as the value-added tax (VAT). But rather than use the VAT to replace the income tax, the politicians want a new source of revenue to expand the burden of government.Dan J. Mitchell … (next quote)
%d bloggers like this: