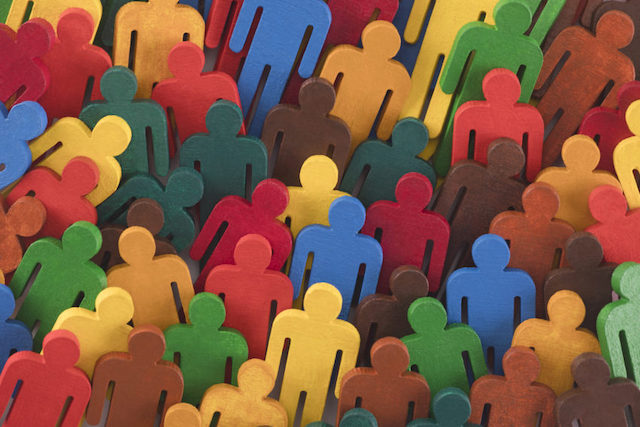 The two big political and social questions that dominate the discourse today are climate change and economic inequality. Except, there is not much discourse, as most everyone—the politicians, the media, the rest of us—seems to take for granted that we are experiencing a catastrophic, man-made climate crisis, and that economic inequality is a problem that we must eradicate or at least reduce. Here I will focus mostly on the latter.

Electioneering for 2020 is already underway in the United States, where the Democratic presidential candidates are tripping over each other with climate agendas and inequality reduction plans. Even President Trump, who isn’t fighting climate change, vows to protect Americans against “unfair competition” from foreign companies and immigrant workers, thus presumably enhancing Americans’ economic equality.

In Canada, the federal election is approaching soon, and the big two issues dominate, while none of the parties has seriously addressed the issue that affects the well-being of Canadians the most: economic growth and prosperity. The parties have all but ignored the pleas of business lobby groups to present plans for enhancing economic prosperity, as a columnist writes in the Financial Post.

Yet, it is economic prosperity that enables us to safeguard against weather-related events and minimize pollution trough technology.

It is the overall economic prosperity that also increases everyone’s standard of living, regardless of economic inequality. This is a fact that is utterly lost to the U.S. Democratic presidential candidates. As Terence Corcoran writes in a Financial Post editorial, Elizabeth Warren has promised impose a 3-percent wealth tax on billionaires. Bernie Sanders has said that “there should be no billionaires” and proposed even more draconian taxes to eradicate them.

The Canadian politicians are not bashing billionaires as much (there simply aren’t that many). Here the politicians are focused on expanding the middle class, achieved mostly through highly progressive taxation, squeezing the “wealthy” (that earn over $205,000 a year) the most.

Despite the arguments of Marxist intellectuals who preach equality, economic prosperity is not achieved by taxing the “rich”—such as the plans to wipe out billionaires—and giving some of their wealth to those who have been less productive and therefore have less wealth.

The Canadian business lobby groups such as the Chamber of Commerce have proposed some small steps toward the right direction to boost prosperity: simplifying or eliminating some business regulations, streamlining the tax code, and economic policies that help companies access capital, hire talent, and grow their markets.

However, to increase economic prosperity for all, more than baby steps are needed. Governments should remove barriers that prevent more people from becoming and remaining bona fide billionaires (which does not include those who became wealthy through cronyism and government pull). Obviously, not everyone will or can become a billionaire, and there will be large gaps in income and wealth.

But such economic inequality does not matter, if the barriers that prevent people from working as productively as they can are removed. Those barriers are the interventions in the economy that exist in most countries today, such as regulations (anti-trust laws, fair-trade regulations, equal- opportunity legislation, minimum-wage laws, price controls, etc.) and taxes (of all kind, including carbon taxes).

When the barriers to production and trade of goods and services are removed and markets are free, government must stay out of the economy and focus on its proper role: protecting individual freedom (which includes the freedom to produce and trade) against physical coercion and fraud.

Why doesn’t economic inequality matter in such circumstances? Where markets are free and individual freedom is protected—a capitalist system, people are incentivized to produce material values (whether their own labor and services or products) that others would want to trade. The higher a person’s productivity, the more material values, and wealth, they can create.

Due to individual choice and differences in capabilities, people’s productivity naturally differs and leads to economic inequality, but everyone earns and can keep their wealth, at whatever level. Under capitalism, however, someone’s higher wealth is not “stolen” from others and works to everyone’s benefit.

Those who produce more than they consume, invest the excess wealth, typically, in companies that create wealth by producing and trading goods and services. This means more opportunities for others, in terms of jobs and better, cheaper products and services.

Therefore, we should want more of those who produce the most, the billionaires, as we all become more prosperous through their wealth creation.

Economic inequality does not matter—but freedom does. That is the message we should spread, including to the politicians, and vote accordingly.