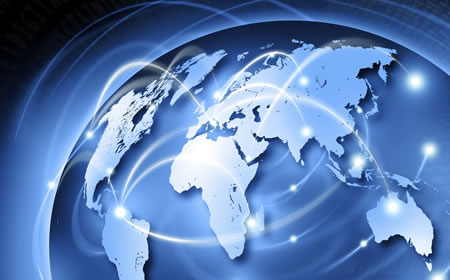 by Jaana Woiceshyn
In his inauguration speech, President Trump promised, as expected, to “make America great again”—but he was short on the principles and details as to how that would be achieved. He painted a bleak picture of factories closing, companies and jobs fleeing elsewhere, and other countries prospering at the cost of American jobs and prosperity. Trump also spoke of poverty and violent crime in inner cities. He promised to reverse all this, and thus “make America great again,” primarily by following two simple rules: “buy American” and “hire American.”While it is true that companies have moved manufacturing jobs from the United States to China, Mexico, and other low-labor cost countries, the U.S. unemployment rate has not risen but declined steadily from its peak in 2010. Similarly, poverty is decreasing, as is the overall crime rate.

Is the solution to American greatness, then, or to Americans’ prosperity at least, to curtail American companies’ freedom to maximize their profits as they best see fit and to make them “buy American” and “hire American”? Absolutely not.

As Harry Binswanger points out in his excellent article, Buy American is Un-American, preferring American-made products to those made in China or Mexico just because they were made in America, does not enhance American prosperity. The same is true of hiring Americans over people from other countries. To increase the prosperity of Americans—and all those with whom they trade—American companies (and consumers) should buy the cheapest, best-quality goods, regardless where they are made. Likewise, American companies should hire the best employees, regardless where they are (or where they are from).

In Trump’s zero-sum world, buying and hiring the best value will somehow harm Americans and therefore necessitate curtailing free trade. But the zero-sum world is imaginary. Trade is not a race where there are winners and losers; it involves co-operation for mutual benefit, as each party trades value for value. Such free trade is win-win and benefits everyone; therefore companies and individuals should be free to pursue it the best they see fit.

If the American government imposes (even higher) tariffs on foreign goods, penalties on companies who move operations elsewhere, and regulation on hiring, the prosperity of Americans—and of all their trading partners’—will diminish. While it’s true that closing down a factory and moving its production elsewhere will create unemployment, that effect is temporary. It will ultimately benefit everyone: the laid-off workers and other employees of the company (who now can keep their jobs, as the company remains productive), the workers in the other country who got jobs, the buyers of the company’s products, and the shareholders of the company.

The workers who lost their jobs will have to adjust: retrain themselves for different job, relocate, or start a business of their own. A job is not an entitlement that the company owes them; the company can only hire people when it gains value (profits) from it. And when all companies, including the former employer of the laid-off workers, are trading and hiring freely, they are more productive and create more wealth, generating more opportunities for workers who have been temporarily displaced.

When the government enforces “buy American” and “hire American” rules, American prosperity decreases. Americans will pay more for products not produced where the costs are the lowest; this means Americans will have less money available and their standard of living will drop. Hiring Americans just because they are American means that a huge pool of employees is excluded, including the most productive and talented. This will, of course, curtail the American companies’ productivity, increase their costs, and reduce their profitability. Americans’ prosperity will suffer as a consequence.

To make America more prosperous and great again requires, first and foremost, freedom. Protecting that freedom, including the freedom to trade, is the only proper role of the government. Doing the opposite: “protecting” Americans by restricting trade and immigration constitutes a violation of their right to liberty—and a violation of the American Constitution.

To help American companies and their trading partners to prosper, we should be reminding President Trump of that fact.