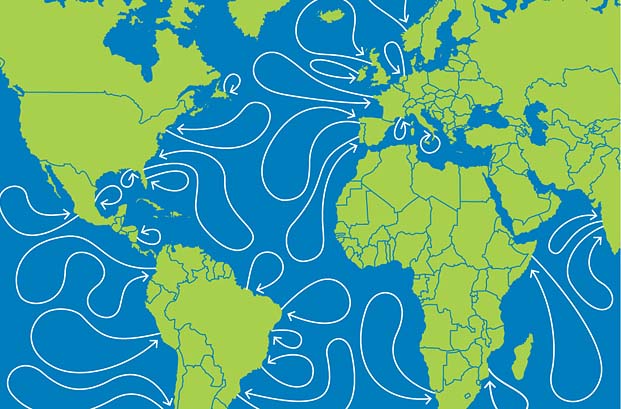 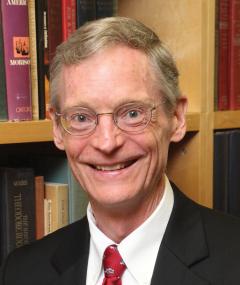 Reject the False Dilemma of Managed Versus Regulated Trade

Dr. Herbener is Associate Professor of Economics at Washington and Jefferson College and a Senior Fellow of the Ludwig von Mises Institute.

Governments were threatening trade wars with retaliatory tariffs and quotas, belligerents suffered currency devaluations and balance of payments deficits, and everyone threatened legal action. The United States and Japan in 1995? No, this situation described the relationship between the states in 1780.

Prior to ratification of the Constitution, states had their own development policies. Some, like Virginia, tried to stimulate their existing agricultural cash crops; others, like Connecticut, tried to stimulate industrial development at the expense of agriculture. Each state had its own paper currency which appreciated or depreciated against those of other states, increasing uncertainty and therefore inhibiting interstate trade. Large and unequal government debt existed from state to state. Some, like Rhode Island, inflated it away and suffered a boom-bust cycle; others, like Massachusetts, raised taxes to pay it, squelching economic activity and spawning open rebellion.

By allowing the market to broaden, the integration of state economies had immense benefits. A uniform money removed the inefficiency of bartering different monies and the uncertainty of currency fluctuations. Elimination of trade barriers allowed the division of labor to develop unimpeded, thereby greatly increasing productivity by an efficient allocation of factors of production.

Only on a free market where production is determined by consumer preferences can those preferences be satisfied to the greatest extent. Dairy farmers, tobacco farmers, textile operators, and all individuals not only obtain the highest quality products at the lowest prices but receive the greatest income for the use of their factors in producing goods according to comparative advantage.

The Role of Government

All that government need do to foster wealth creation is protect private property and contract. By enforcing a legal code requiring restitution by criminals to property owners for theft, fraud, and other violations, government is using its power to foster trade.

When using its power to violate property and contract, however, government is managing trade. Domestically, such a policy is called regulation; internationally, it is called mercantilism. Or it was, until recently, when apologists have taken to calling it “free trade.” Both NAFTA and the Uruguay round of GATT were widely but mistakenly called free-trade agreements.

Similarly, the ink was barely dry on the Constitution when the Hamiltonians began to embody their view that centralizing, i.e., monopolizing, power over money and both interstate and international trade in the national government should be the fountainhead of a system of domestic regulation and international mercantilism.

Instead of adopting either a gold or a silver standard as a free market would, Congress opted for the Hamilton-Jefferson bimetallic standard, an unworkable hybrid that vacillates between gold and silver. Worse yet, the legality of banking with fractional reserve notes and the imposition of the Hamiltonian central bank were accepted.

Later, as Civil War emergency measures, the national government issued fiat paper money, forced its acceptance with legal tender laws, and established a federal regulatory system for banks in the National Banking System. This halfway-house to total national government control over money and banking was completed with the Federal Reserve System, which has given us the chronic inflation and business cycles of the twentieth century.

Whether or not the full exercise of national power over money in the Fed has been better than the devolution of that power in the states is an open question. But the dilemma the Founders saw is false. The way of escaping the detrimental consequences of power centralized in the national government or decentralized in the states is to choose the free market. To argue that such power cannot be denied to government is to surrender to despotism. The concept of limited government necessarily implies that valuable powers can be denied to government.

In monetary affairs this means government protection of, and absence of intervention into, private property and contract in money production. Entrepreneurs left to their own devices, within a system of private property protection, will best satisfy consumers with a pure gold standard—money as gold coin and notes and deposits 100 percent backed by gold. Such a system provides the benefits of uniform money without the drawbacks of arbitrary inflation.

The benefits of eliminating state-erected barriers to trade were increasingly offset by the Hamiltonian policy, enunciated in 1791 in his “Report on Manufactures,” of mercantilism and regulations. In it he called for tariffs, quotas, prohibitions, inspections, regulations on foreign imports and prohibitions of agricultural exportation, and subsidies for domestic manufacturing to encourage domestic industrial development.

Acceptance of Hamilton’s pro-industrial, anti-agricultural, anti-British foreign policy led to a series of international trade barriers, like the Embargo Act and the Non-Intercourse Act, that culminated in protectionist measures. Beginning with the tariff of 1816 these measures mushroomed into the Tariff of Abominations in 1828 that galvanized the agricultural South against the industrial North. South Carolina led the way in nullifying the Tariff Acts of 1828 and 1832, and threatening secession if the national government trumped its hand.

Having their agricultural economy disabled for the benefit of manufacturing interests was a primary grievance the Southern states used to justify secession from the Union. The national government’s war effort was used as reason for a vast expansion in national government power, and victory provided the excuse to consolidate it at the expense of the power of the states. It is doubtful that delegates from Southern states who signed the Constitution in 1787 granting limited powers to the national government could have imagined in their worst nightmares what their creation would eventually do to their states.

Since Reconstruction, this power has been used increasingly to regulate economic activity. The late-nineteenth century saw passage and enforcement of antitrust laws and regulatory agencies such as the Interstate Commerce Commission. The Progressive Era extended the regulatory framework, as did World War I. New Deal legislation, war powers during World War II, civil rights laws, and Great Society programs; all of them furthered the march of the Leviathan state.

Whether or not the full exercise of national power over the economy has been better than the devolution of that power in the states is often hotly debated. But it too poses a false dilemma. America need not accept either centralized regulatory power in a national government nor decentralized regulatory power in the states. The free market, based on protection of private property, will secure the blessings of liberty without government regulation of any kind, from any source.

The lessons from American history for deciding current foreign economic policy are clear. American prosperity depends on enacting a policy of free trade at home and abroad. Just as the states are forbidden to manage interstate commerce, the national government should be forbidden to manage international commerce. Then the advantages of the division of labor could be extended to Pennsylvanians and Virginians not just between themselves, but with Germans and Japanese as well.

Far from being detrimental, giving up tasks where one has a comparative disadvantage to move into those where one has comparative advantage raises income. A Pennsylvania farmer who now devotes his land to growing tobacco will increase his income by shifting to dairy farming. Just as he has no worry about being an “unemployed tobacco farmer,” auto producers have no unemployment worries provided they are willing, like the rest of us, to accept employment in areas of their comparative advantage.

The transition of employing factors in different production activity is a normal, necessary part of any system that satisfies changing consumer preferences. In fact, the difficulty of transformation of production out of autos and into other activity exists only because past mercantilist policies have artificially built up domestic auto production. Because of this, any move to free trade would entail a large, rapid re-allocation; but if free trade had always prevailed, the re-allocation would have been smooth and gradual.

If Americans choose a political solution to the current international economic problems, they will face a disastrous dilemma. Maintaining the status quo forces America into the same role as one of the original 13 states in the late eighteenth century. We will continue to suffer the ills of managed trade: trade wars, balance of payments deficits, currency devaluations, and stagnating standards of living. Accepting the logic of centralizing political power, as with the GATT-created World Trade Organization, will lead to international regulation. Supranational institutions will come to command the economies of different countries in the way that the national government came to command the economies of the various states.

We must heed the lesson that so many Americans have paid so dearly in liberty and prosperity for us to learn. America must reject the false dilemma of managed versus regulated trade and choose free trade. That means that government at all levels must step aside and allow markets to work.