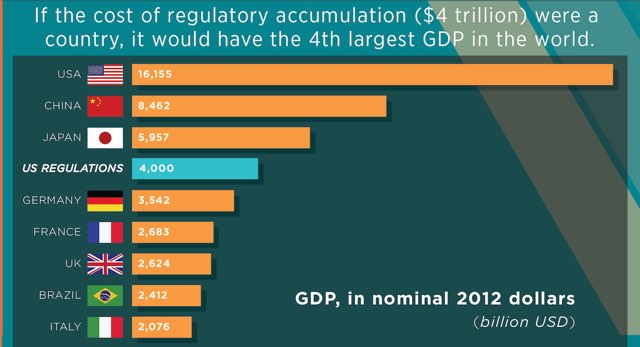 Most governments want to have their cake and eat it, too. Canada’s Liberal government is a good example. In a hunt for more tax revenue, to finance its voracious appetite for spending on various nanny state initiatives, it decided to reform (read: increase) business taxation. The government masterminds, led by the finance minister, determined that business is a convenient cash cow for the planned tax increase. In their view, businesses benefit mainly the rich, and the rich can afford to pay more taxes. (In Canada, those making over $200,000 a year fall in the highest marginal tax bracket of 33% and are arguably considered ‘rich’).

The government is particularly targeting small corporations that it believes are used by the ‘rich’—doctors, lawyers, farmers, and other small business owners—as tax shelters to avoid paying taxes, for example by ‘sprinkling’ the corporate income to family members.

The backlash by small business has been vigorous and the media coverage broad. But in its desperate need for revenue (in a historical comparison in spending increase rates, Prime Minister Justin Trudeau came out near the top), the government is determined to move forward with the tax reform. However, the government issued a press release where it vows support for small business—apparently hoping that this would divert attention from its tax plans.

William Watson provides an excellent analysis of the contradictions between the press release and the government’s tax reform in a Financial Post editorial. The sweet words of “support” the government offers to small businesses do not erase the fact that the planned tax increases are anti-business and will undermine the very things that the government claims to want: investment, entrepreneurship, economic growth, and of course, more jobs.

Despite the mountain of historical evidence, governments never seem to learn that they can do nothing to encourage any of those things. As Professor Watson explains, taxes and regulations, as well as the unpredictable changes in both, chase away business investment and discourages entrepreneurship. Established businesses and entrepreneurs alike will seek opportunities in other jurisdictions where they have the best chance to maximize returns to their investments and the least interference by government. Governments cannot have their cake and eat it, too.

Escaping investors and entrepreneurs reduce economic growth and jobs, as evidenced by the cancelation of the Energy East pipeline by Trans-Canada Pipelines last week. The company decided to cancel the $15-billion project, partly due to the anti-business regulatory overreach of the Canadian government, and to pursue other opportunities in the United States.

But government can certainly help boost investment, entrepreneurship, and economic growth—by getting out of the way. Government has a crucial role in ensuring human flourishing, but that is not managing the economy, collecting taxes for distribution from the more productive to the less productive, or regulating citizens’ behavior.

Business is an engine of economic growth and prosperity—important aspects of flourishing, and therefore this protection of freedom extends to business as well. Freedom of business is crucial for incentivizing innovation and wealth creation, from which we which we all, not just the ‘rich,’ benefit.

Obviously, a limited role as the protector of freedom and enabler of business does not appeal to governments. If it did, they would not be hunting for more taxes and ways of squeezing and regulating businesses.

What to do when government pays lip service to “supporting” business while doing its utmost to undermine its ability to what it does best: create wealth by producing and trading material values? If you want freedom, prosperity and thriving business, waiting for the next election and hoping for pro-freedom and pro-business candidates is not enough.

It’s important to share your views of freedom and business—and of governments’ anti-business actions—with people whenever an opportunity for a conversation, or perhaps a letter to the editor, arises. It is through such conversations, if we conduct them well, we can influence opinions and increase the groundswell against government intrusion in business and in people’s lives, already underfoot in Canada and elsewhere.