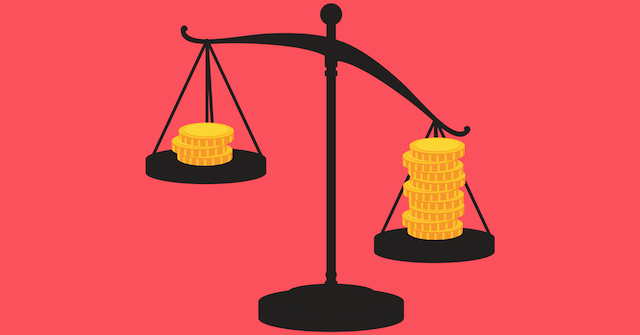 The answer to the title question is of course ‘no.’ However, some public health crusaders make such an assertion. A recent study claims that 40,000 die annually in Canada because of income inequality. It concludes, predictably, that to prevent such deaths, the government must “redistribute” more wealth from rich individuals and fat-cat corporations to the poor. Let’s examine the validity of these claims and the proposed solutions.

We know from (valid) statistical studies that people in lower income groups have higher mortality rates. (Note that such studies have found no correlation between income inequality and health). However, we also know that statistical correlations do not tell us anything about cause and effect. Based on these statistics, we cannot say that poverty kills people or that poverty causes poor health.

Those with low incomes and no private health insurance may not be able to afford certain expensive drugs or to travel abroad to get private health care services. However, in the Canadian public health care system, they do receive care, although they may have to wait for it for a long time. (This is not an endorsement of public health care but merely an acknowledgement of the current system. In a private system, the truly poor would depend on mutual aid societies or charity).

But the question really is: what causes higher rates of disease among low-income earners? Since the gene pool is randomly distributed across income levels, genetic causes can be ruled out. This leaves us lifestyle factors: diet, exercise, and other individual choices. Indeed, family physician Ryan Meili tells that “in his [poor] inner-city neighborhood in Saskatoon, the rates of diabetes, heart disease, STDs, infant and overall mortality rates [are] many times greater than in the rest of the city;” a claim  likely confirmed by statistics.

In these diseases, individual lifestyle choices are big causal factors. The public health “equalizers” argue that the poor cannot afford good food and don’t have time to exercise because they have to work all the time or cannot afford the gear needed. However, healthy diets can be afforded on small budgets, and the only gear needed for walking are shoes.

The equalizers’ next argument is that the low-income earners make poor lifestyle choices due to lack of education. They are too poor to afford school, or work such long hours that there is no time for school, the argument continues. If we only “redistributed” more income to them, they would choose to get educated, make better lifestyle choices, and be healthier and live longer lives.

The fundamental problem with all the arguments for improving health outcomes by “redistributing” income to reduce poverty and to narrow the income gap is that they ignore a basic fact: human volition. We can “redistribute” income and wealth until everyone is poor and there is nothing more to “redistribute.” However, because people make different choices, the evenly distributed poverty will not prevail for long—unless the government instantly pounces on anyone attempting productive efforts to improve his lot.

There are differences in income and wealth because some choose to be more productive than others. Am I blaming poor people for their poverty? Not necessarily. It is possible for someone to be born into poverty, which obviously is not a choice. However, individuals (absent disability) living in poverty can choose to change their lot, through much hard effort and education. And many do, as the statistics show people moving from lower to higher income groups. In developing countries, amidst true poverty, witness the incredible entrepreneurship and thirst for education, evidenced by tens of thousands of private schools in the slums of Asia and Africa.

The argument that narrowing the income gap between the wealthy and the poor will improve everyone’s health defies facts and logic. Health outcomes can be improved by reducing poverty. But poverty cannot be reduced, in the long term, by “redistribution” of wealth—but by leaving people free to make their own choices to improve their situation.

The wisdom of Benjamin Franklin still holds true: “I am for doing good to the poor, but…I think the best way of doing good to the poor, is not making them easy in poverty, but leading or driving them out of it. I observed…that the more public provisions were made for the poor, the less they provided for themselves, and of course became poorer. And, on the contrary, the less was done for them, the more they did for themselves, and became richer.”