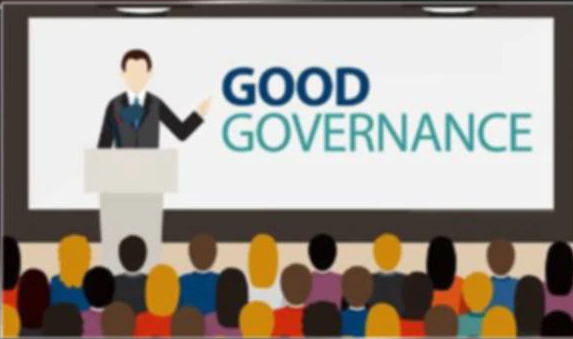 April 2004 was the first time The Bahamas heard about structural reforms in New Zealand in a meaningful way when Mr. Maurice McTigue presented a speech entitled Lessons in Free Enterprise Reform for The Nassau Institute about governmental reforms that began in his home country back in 1984. In fact he was part of the government that started implementing the changes.

Meanwhile, New Zealand has continued to improve. Certainly, they’ve had bumps along the way to transparent and accountable government, but thanks in the main to Roger Douglas (Labour Party) and Ruth Richardson (National Party), MP’s of differing political stripes, they were able to help guide their political polices and now they are one of the most free and prosperous countries around.

Bill Frezza in his essay, New Zealand’s Far-Reaching Reforms: A Case Study on How to Save Democracy from Itself, details how back in 1981 both political parties in New Zealand operated “in an environment that can only be characterized as a period of political deviancy…”.

Reforms started in 1984 after the Labour Party was swept into power (and the release of Roger Douglas’ book, “There’s Got To Be A Better Way” 1980 ) when New Zealand’s debt was growing out of control and the Labour Party promised to open the government’s books for scrutiny.

So as Douglas was setting the country on a proper fiscal path, Richardson worked on education reform. Frezza notes how good ideas developed by the opposition were picked up by the government during the period of reform. The Labour Party implemented pro-market reforms and a series of policy changes brought the economy “back to life”.

It’s interesting that reforms for an “efficient government, free markets, free trade, sound money and prudent fiscal policy came together from both parties” that changed the way the New Zealand government did business. And they’ve stuck.

New Zealand’s government now runs as a meritocracy and they corporatized government departments where they had to be accountable and pay taxes just like regular businesses. “Dividends” are paid to the government.

Government accounting was converted to General Accepted Accounting Principles (GAAP) with monthly and annual financial reports posted to the government’s web site. Now parties fight over who will be more accountable and monetary policy is no longer abused for political purposes.

When the Labour Party eventually lost to the National Party, Ruth Richardson was there to keep the market reforms going and adding even more, like The Employment Contracts Act, which gave all citizens the absolute right to join a union or not as they saw fit, full compliance with GAAP standards and more.

Future Ministers of New Zealand’s government are locked “into a transparent discipline,” thanks to Richardson.

Personal income taxes were halved, capital gains and inheritance taxes were abolished. They shifted away from a heavy reliance on income taxes to consumption taxes, and economic growth resulted.

New Zealand is no longer an economic basket case and after 20 years they are consistently ranked in the top five of the Fraser Institute’s “Economic Freedom of the World Report.”

Frezza emphatically states that “New Zealand’s experience proves that broken democracies can repair themselves and that they need not slide into despotism, the trajectory followed by many failed democracies throughout history.”

Will most Bahamian politicians change from a desire to “just win” the next election at any cost to dispense largess or make a conscious decision to move to “exhibiting universally admired virtues” of good governance?

There have been many missed opportunities since April 2004 when ideas like this were first presented in some detail on these fair shores, but it’s not too late for The Bahamas to implement sound public policies. It just takes a couple dedicated and courageous MP’s on both sides of the isle to move deliberately against the status quo of government failure.

Will any of The Bahamas’ parliamentarians step up?

New Zealand’s Far-Reaching Reforms: A Case Study on How to Save Democracy from Itself by Bill Frezza

The Politics of Successful Structural Reform by Roger Douglas (pdf)

So, I would argue that the services have been I think disappointing is putting it mildly. They've been disastrous. They've been appallingly bad. Much worse than would have existed, even if no welfare state had been created. In fact I would argue especially if no welfare state had been created, because the systems that existed before were very substantial and growing and improving dramatically. But they weren't perfect, and that is in a way is the great trouble with the development of welfare states. You have a system that's not perfect but actually doing quite a lot of good stuff and then someone comes along and says, "ah, we can make this perfection. And so we can make this much better. We will have free for everybody, high class whatever it is." And the result is you have lower standards and it doesn't work out at all. And that's, the desire for perfection can be very dangerous.James Bartholomew … (next quote)
%d bloggers like this: